Salt-rising bread is a traditional foodway in the Appalachian Mountains, though, surprisingly, it does not taste salty nor is salt used as the leavening agent. Rather, the name comes from the starter being kept in a bed of salt or the use of salt to inhibit yeast growth in favor of other naturally-occurring leavening microbes.

Because early pioneers lacked access to commercial yeast, these self-sufficient and inventive bakers instead relied on a spore-forming bacterium, Clostridium perfringens, to raise the bread. While there are a variety of recipes, common ingredients included a sugary starter of milk, corn, and/or potatoes, along with flour, salt, and sugar. Setting out the starter ingredients the night before captured from the air the necessary microorganisms that would raise the bread. Compared to a yeast risen loaf, a salt risen loaf takes more time to rise, sometimes up to twenty-four hours, and requires warmer temperatures to activate. The result is a dense white bread with a distinctive cheesy taste and a pungent odor.

Historians credit Rena Scott with providing the earliest known recipe in the The Greenbrier P.E.O. Cookbook. 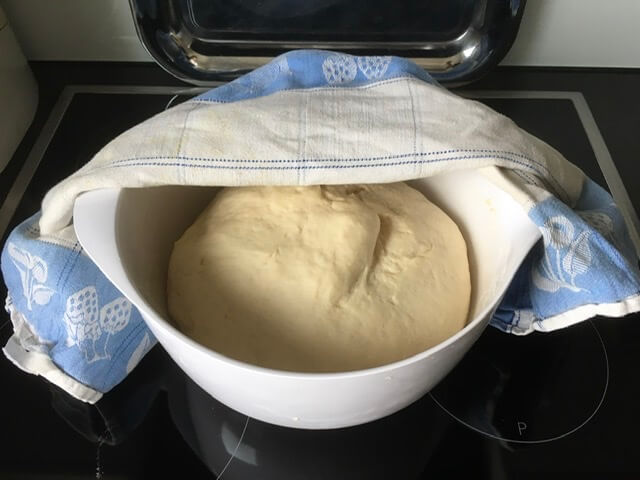