In 1902 a state-of-the-art U.S. Lifesaving Service Station was established in the Long Island hamlet of Amagansett for the purpose of rescuing sailors. The U.S. Life Saving Service eventually became known the United States Coast Guard, tasked with the responsibility of rescuing sailors, aiding ships in distress and protecting our nation’s shores. During World War II, Coast Guard stations along both American coasts were on high alert for German attacks or invasions.

According to the Amagansett U.S. Lifesaving Station & Coast Guard Station website, the Amagansett Station was constructed on Atlantic Avenue in 1902, one of a network of thirty life-saving stations on the South Shore of Long Island. The March 14, 1902 edition of East Hampton Star described the “fine building just completed by the Government” as the “model station on the coast.” On April 17, 1908, the same publication reported on the Life Savings Bill which became a law on March 27, 1908. For the benefit of the life-saving servicemen, an appropriation of $51,000 was arranged by the government. The bill specified that the pay of keepers of life-saving stations and No. 1 surfmen would increase, and “to this is added one ration a day, or commutation thereof, at the rate of thirty cents”.

The incentives covered by the new law must have been merited, for the website provides more insight into the coastguardsman’s lifestyle: through the night and in bad weather the crew at these stations kept watch from the lookout tower and by patrolling the beach. Discovering a ship in distress, the life-savers would perform a rescue by launching their surfboat or by firing a line to the ship and taking people off with a breeches buoy. From 1902-1937 the crew of the Amagansett Life-Saving Station, most of whom were experienced local fishermen and shore whalers, kept watch over this beach and rescued sailors and passengers from a number of shipwrecks. Other historic newspapers from this period document men completing training and transfers, enlistment of former station agents, a steamship machinery disablement, even an unusually large shark sighting!

In the 1902 article, while Capt. Jesse Edwards explained “the men have the consciousness of doing their full duty and being always prepared for any emergency that could reasonably be expected,” he added that “so far there ha[d] been no great disasters. The work has been of a routine character.” That all would change when Amagansett Station became the site of a notable incident during World War II. On June 13, 1942, under the cover of heavy fog, a group of Nazi saboteurs landed on Amagansett Beach, also known as Coast Guard Beach.  Their mission was to wreak havoc and sabotage factories geared toward the war effort. Fortunately the plot was uncovered before it even began. Coastguardsman John Cullen discovered the four German soldiers on the beach. Despite their attempt to bribe Cullen, he alerted his superiors about the suspicious activity. The Coast Guard investigated. Chief Boatswain’s Mate Warren Barnes found the landing site and uncovered discarded German uniforms and four boxes of explosives buried in the sand. The Station website adds that after one of the would-be saboteurs turned himself in to the F.B.I., the others were apprehended and tried. This Amagansett incident led to the establishment, only one month later, of the Coast Guard Beach Patrol, which grew to consist of 24,000 men and was an important component of coastal defense during the war.

As of 2019, the station still stands, fully restored. It serves the community as a museum, telling the history of the Amagansett U.S. Lifesaving Station & Coast Guard Station and its role in stopping Nazi sabotage plot. The museum further dedicates its mission to the historical preservation of the building and to all who served at the Amagansett U.S. Life-Saving & Coast Guard Station from 1902 to 1944. 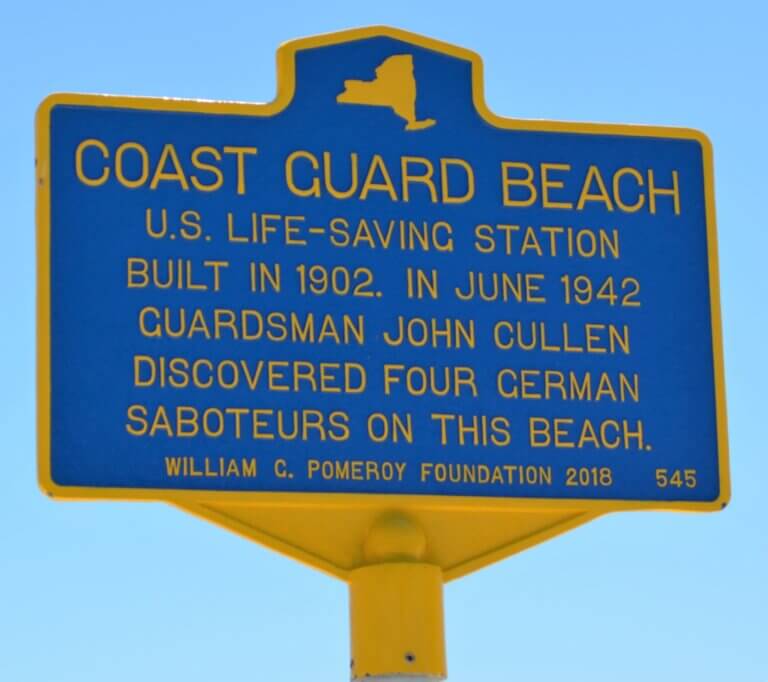 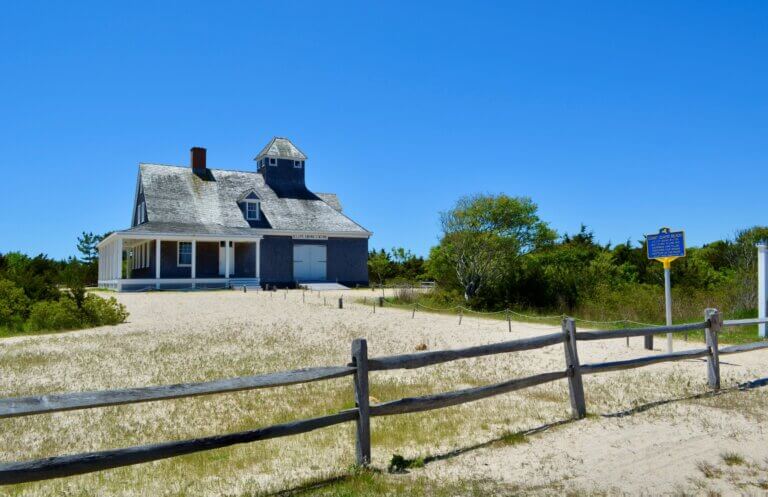