One of the earliest churches in Cayuga County, the 1840 Church is an example of Greek Revival architecture. The building stands on land donated to the trustees of the First Presbyterian Society in 1839 by George Howland and Augustus Howland.

According to the 1879 book History of Cayuga County, New York, by Elliot Storke, many the early residents in Union Springs were Presbyterian, and “identified originally with the church of Aurelius which formed in 1799.” It was not until September of 1801 that the First Presbyterian Church of Springport was formed. This group initially met at the house of Icabod Wilkinson, which also doubled as a tavern.  Finally in 1816, a meeting place was built. It was a stone house a few miles north of Union Springs.

In the late 1830s, the trustees of the First Presbyterian Society decided to build a larger and more permanent church within Union Springs. At a meeting of the Building Committee on September 28, 1839, Farrand Kitchel was selected to build the new meeting house. A few weeks later, on October 8, George and Augustus Howland donated land to the Trustees of the First Presbyterian Society along Cayuga Street to serve as the location for the new building (Deed, Cayuga County Clerk’s Office, 8 Oct 1839). An 1840 letter from representatives of the Society to the Boards of Assistance for the Western Agency of the Presbyterian Church, mentioned that the Society contributed around $2,900 for the construction. The letter also stated that construction of the new church had commenced and its foundation had been laid. According to meeting minutes, by December 29, 1840, the Society met in their newly built church.

In 1994, the First Presbyterian Church deeded their property to the Frontenac Historical Society (Deed, Cayuga County Clerk’s Office, 27 Jan 1994). As of 2019, the church continued to house the Frontenac Museum, with exhibits related to the Civil War, Cayuga Lake and Native American history. 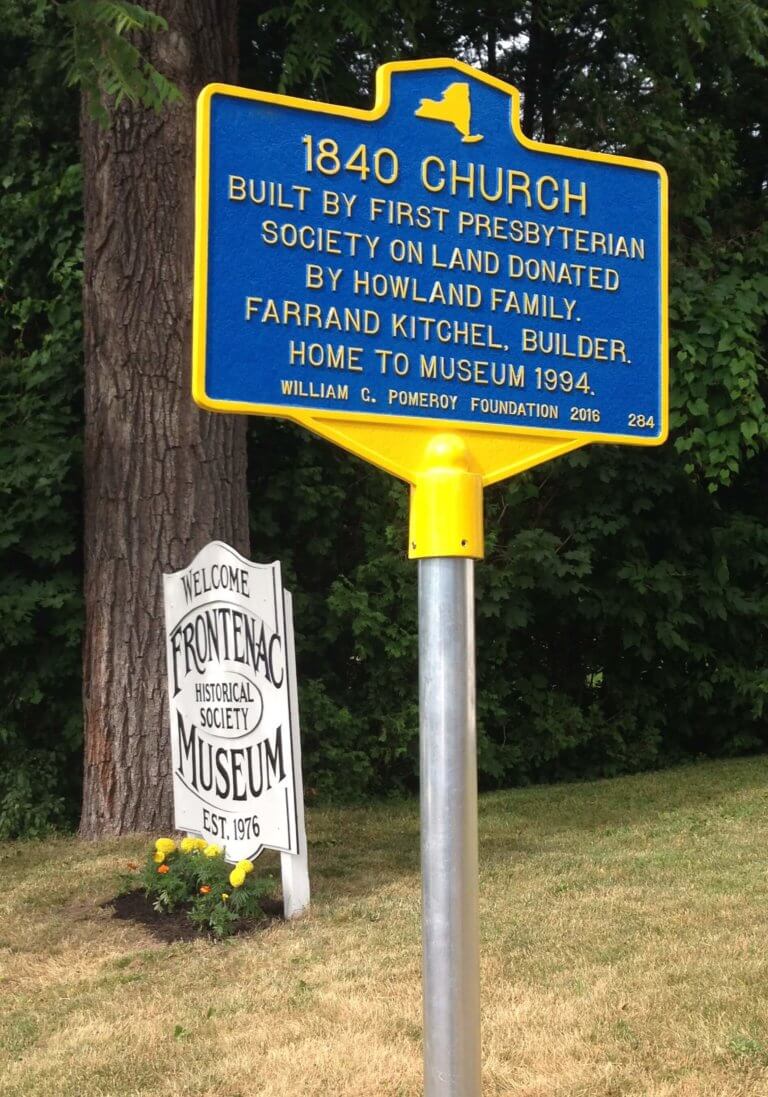 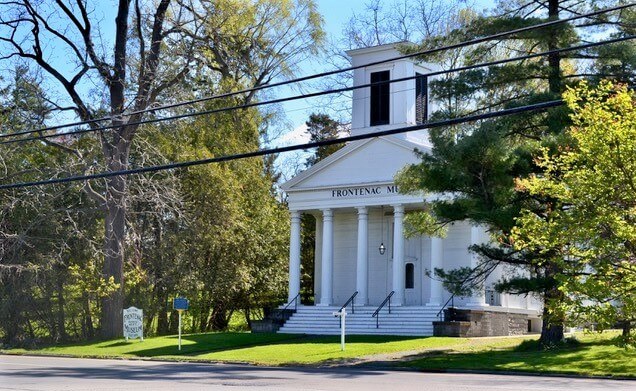