On this site once stood a roundhouse with the capacity to service 14 train engines. The complex, built in 1852, and which included the roundhouse, was initially for the Rutland & Washington Railroad Company which constructed a railroad from Washington County, New York to Rutland, Vermont. Irish immigrants who arrived in the USA during the 1840s and 1850s made up much of the rail yard’s workforce. The railroad’s traffic began declining in the 1890’s until the roundhouse was dismantled ca. 1904, marking the end of the rail yard.

The Rutland & Washington railroad company began construction of a railway from Salem, NY to Rutland, VT around 1850, and land for the depot and rail yard was purchased from local Salem citizens in July of that year. The first train passed over the new road on January 27, 1852. The opening of the railroad had originally been scheduled for February 27 of that year, however the death of the company’s treasurer and superintendent, Horace Clark, caused it to be postponed. By March, passenger trains began making their first trips. (History of Washington County, 1878)

During the 1840s and 1850s, the United States experienced an influx of immigrants from Ireland. Many Irish workers came to Salem, NY to work in the village’s factories. (History of Salem: 1764-1976) The diary of a Salem local during the 1850s, Thaddeus Walker, notes the harsh conditions faced by the Irish railroad workers who were employed at the station. (Cormier, 2010)

The roundhouse and several of the repair shops at the complex burned in a fire which started August 28, 1876. (Shaughnessy, 1967) Soon after, the Delaware & Hudson Railroad Company, which had been leasing the railway since 1878 (History of Washington County, 1878), took over the station in 1881. (Shaughnessy, 1967)

Traffic on the railway declined over the years, and in early May of 1891 the railway’s personnel began taking inventory of the station’s machinery. On May 10, the repair shops were closed, a first step towards the closing of the whole rail yard. (Cormier, 2007) By 1904 the round-house, a recognizable village landmark, had fallen into hazardous disrepair. It was finally dismantled on December 2, 1904. This proved the definitive end of the Salem yards. (Washington County Post, 1904)

Some of the Salem rail yard’s other buildings were later sold or dismantled between 1946 and 1948, including the freight house, the depot, and the ice house. Irish Town, the neighborhood originally inhabited by the railroads predominantly Irish workforce, continued to exist after the complex was dismantled. Some of the rail yard’s functions were replaced by new facilities built nearby, including a new frame passenger depot built in April 1909, and in a larger depot constructed south of the rail yard in August of the same year. (Cormier, 2007) 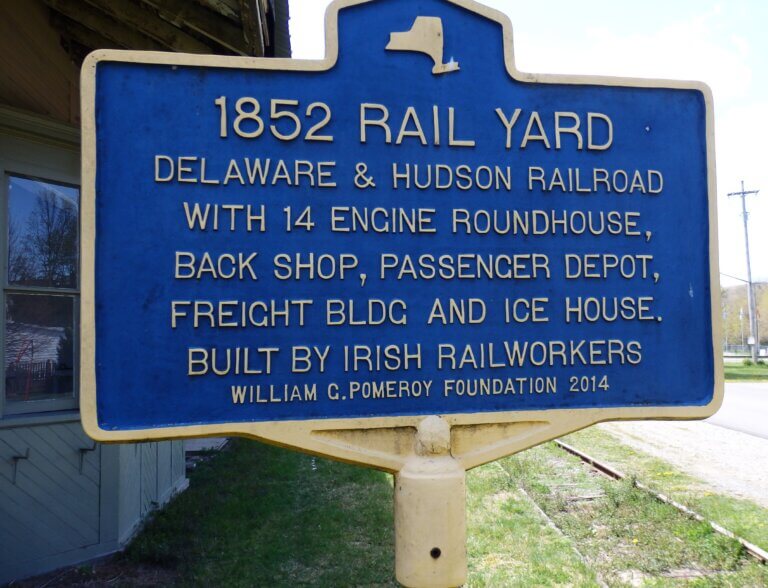 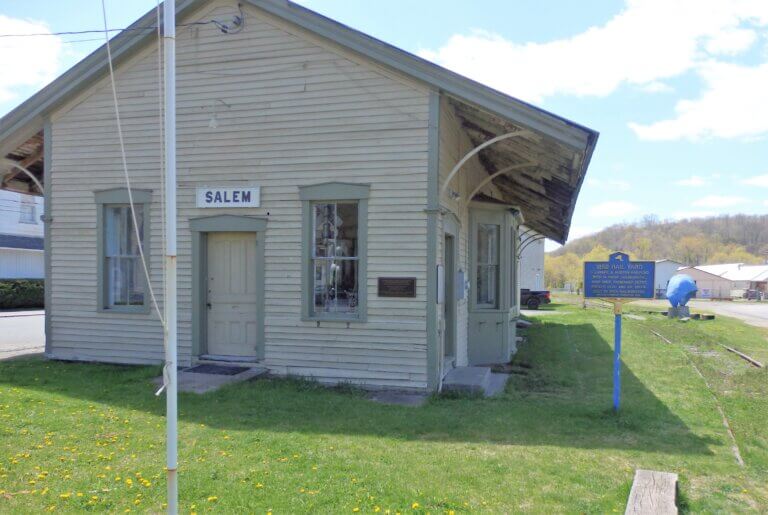