This courthouse, designed by noted Troy architect Marcus Cummings, was built in 1869 for $30,000. The Old Main Street Jail was moved and placed adjacent to the courthouse. This was used until a new jail was built in 1906. Listed in the National Register of Historic Places in 1975, it is the anchor of the Salem Village Historic District. It is now owned by the Town of Salem and serves as a community center.

Salem’s first courthouse building was commissioned in 1792, when the county passed an act to build a wooden courthouse and jail in the town. In 1796, a tax was enacted to provide the funds to build it. (Granville Sentinel, 2002) It was finally constructed that same year and served until 1867, when the Supervisors of Washington County were faced with the decision of repairing the old building or raising a new one. Initially there was interest in relocating the courthouse to Argyle, but the newly elected Supervisor of Salem, James Gibson, instead promoted keeping the courthouse in Salem. He was successful and in December 1868, the county Board of Supervisors resolved to construct a courthouse in Salem, and James Gibson, a judge, was appointed as chairman of its building committee. The board set a maximum limit of $30,000 for the construction’s budget. Both the Town and Village governments of Salem contributed $5,000 towards the new building’s cost. (Johnson, 1977) Its structure remained largely intact throughout its life, excepting the removal of its belfry, or bell tower, in the 1930s. (Journal-Press, 1990)

The courthouse remained in continuous use for more than a century after. During the 1970s, the building complex also hosted a U.S. weather station which reported local temperature readings and weather predictions to the newspapers. (Greenwich Journal and Salem Press, 1976) In 1978, a murder trial, one of the first in Washington County for many years, was held in the Salem Courthouse. In early 1979, the jury found the accused, Henry Stone, not guilty on the grounds of justification in the death of Philip Thayer, who was killed with a shotgun. Reportedly the courthouse was packed with curious spectators for nearly a month. (Journal-Press, 1980)

Around ten years later, the Salem Courthouse and its jail became the center of attention yet again. A fugitive named Raymond Cerilli was apprehended in nearby Easton and incarcerated in the Salem Jail on July 1, 1988. He was wanted in Connecticut for failing to reappear in court after a $300,000 bond had been posted. On July 18, Cerilli escaped by jumping a razor-wire covered fence while prisoners were moving from the yard back to their cells. He was immediately pursued by police dogs and search teams. Cerilli was recaptured within 31 hours, with a search team finding him in a field next to Salem’s Revolutionary War Cemetery. He was shortly brought to the Salem Courthouse to face charges of first-degree escape, larceny, and possible burglary. (Journal-Press, 1988)

As the turn of the millennia approached, the county began pushing a series of proposals to consolidate county offices and services, including the courts. In November 1988, a ballot initiative called Proposition 1 was voted on. It proposed to relocate the courthouses of Salem and Hudson Falls to Fort Edward, where county offices were being consolidated. The proposition was defeated in a nearly 2-1 vote, with 10,172 voting against and 5,216 voting for. (Granville Sentinel, 1998) The Village of Salem opposed the measure on the grounds that relocation of the courthouse would result in job losses and decreased economic activity. Supporters, on the other hand, cited strain on existing social services and the efficiency which could be achieved in the new facility in Fort Edwards. (Journal-Press, 1988)

Nearly two years later, however, a similar initiative passed, with some towns such as Easton only passing it very narrowly. (Journal-Press, Nov 15, 1990) Within days Salem residents went to their village board seeking to petition against the vote, claiming that Washington County had “violated its charge of impartiality” with certain advertisements and public notices about the proposal. The board agreed to support the petition, however the former town supervisor disagreed and argued that courthouse employees or somebody from the county government should have been present to respond to some of the claims that were presented, which he called “untruths.” (Journal-Press, Nov 22, 1990)

The reversal of this relocation never materialized, however, and in 2001 a ballot initiative to relocate the sheriff’s office from the old courthouse to Fort Edward, where a new jail was being built, was put to vote. By this time, a committee of citizens interested in preserving the historic courthouse building had been formed and was exploring possible future uses of the space. (Greenwich Journal and Salem Press, 2001)

In 2003, the new jail in Fort Edward was finally completed and Salem was therefore officially no longer the co-seat of the county. On March 9, the Historic Courthouse Preservation Association held a kickoff for a series of events at the courthouse to raise funds and build support for future community use of the building. (Greenwich Journal and Salem Press, 2003) In June the county’s Board of Supervisors declared the Salem Courthouse as surplus, no longer needed for county operations. The property’s title was conveyed to the Town of Salem, with a caveat that the county wished to lease a portion of the complex called “the white house” for use as a sheriff’s department substation. (Greenwich Journal and Salem Press, June, 2003) 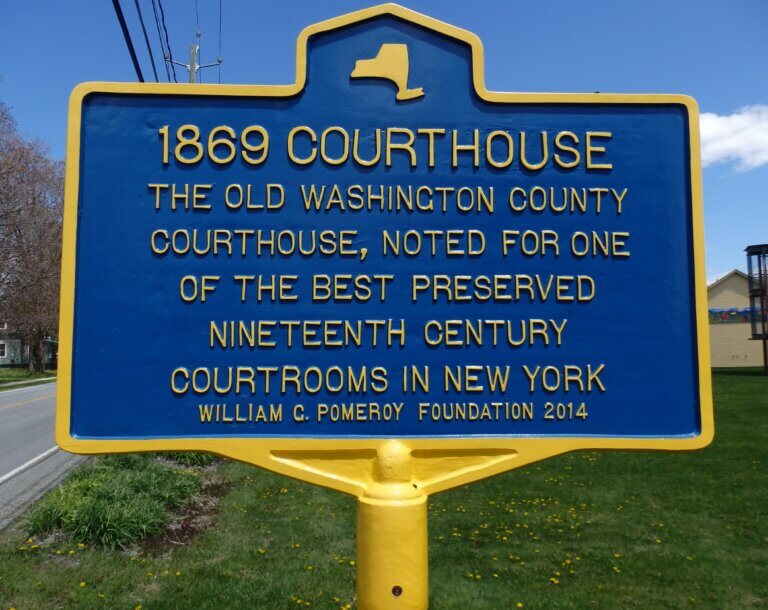 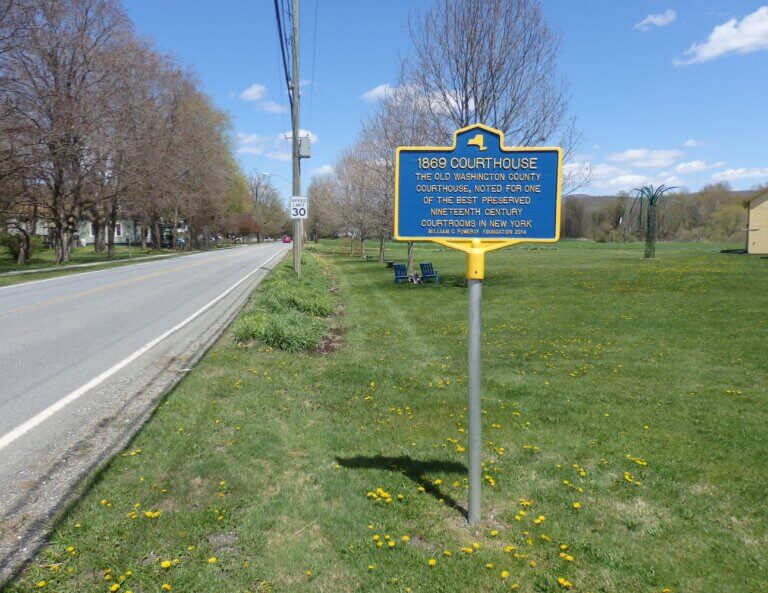 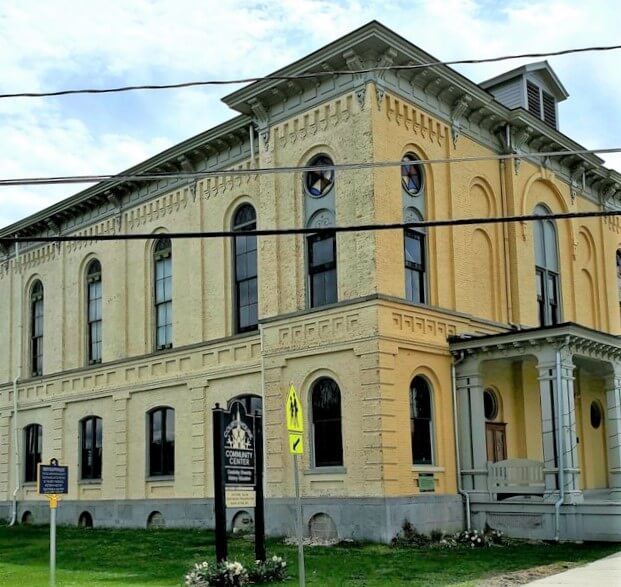