The first Saugerties Lighthouse was built on an adjacent island in 1835. It was destroyed by fire and rebuilt by 1850. In 1867, Congress appropriated $25,000 for the construction of the present lighthouse, which became operational in 1869. The lighthouse sits on a circular stone base 60 feet in diameter. To improve access to the Saugerties Harbor, the creek was dredged and a jetty was constructed. Spoils from the dredging were used to make a small road connecting the lighthouse to the mainland. After World War II, electricity, steam heat and telephone were added. In 1954 the U.S. Coast Guard automated the light, making the light keepers obsolete. The building was closed up and fell into disrepair. It was placed on the National Register of Historic Places in 1979, and after 1987 local citizens restored the building. In 1990 the Coast Guard installed a solar-powered beacon in the lighthouse tower. It continues to be an aid to navigation, guiding commercial and recreational vessels along the Hudson River. It also serves as a living museum and a bed & breakfast.

The Congressional statute designating funds for the first Saugerties Lighthouse was passed in 1834, with a total of $5,000 earmarked for its construction at the mouth of the Esopus Creek near Saugerties. (Public Statutes, 1789-1845) The lighthouse and an associated pier were erected the next year. (Davenport, 1843) The lighthouse was reconstructed in 1868, when the exterior was finished, with its interior being completed during the spring of the following year. (Report of the Secretary of the Treasury, 1868) The channel of the Esopus Creek was expanded in the 1880s, with the dredging completed in December of 1884. The passage between the magazine of Saugerties Harbor and the lighthouse was both deepened and widened to allow for better shipping and transportation access. (Saugerties Telegraph, 1884)

Until 1939, when the Coast Guard assumed control of the Hudson River’s lighthouses, the Saugerties Lighthouse was maintained and operated by a keeper, whose family lived in the lighthouse. They would have to row to shore to get supplies and groceries, or for the children to attend school. Their primary duties included maintaining the light, operating the fog bell, and providing assistance or alerting authorities when an emergency happened. Until the lighthouse’s functions were automated, the Coast Guard keepers who took over lived a similar lifestyle isolated from the mainland, having to row ashore for their everyday needs. (Kingston Daily Freeman, 1967)

While the lighthouse was built to avoid emergencies, accidents and tragedies nonetheless occurred in dangerous conditions. In 1879, the steamer Ansonia ran into the lighthouse, leading to repairs which costed about $1,000, a very large sum during that era. (Kingston Daily Freeman, 1879) The Saugerties Lighthouse was also witness to the sinking of the Penn 2, a tug-boat which capsized when its line snagged while attempting to free an oil barge from a mudflat. While most of the crew managed to escape the sinking vessel, the body of John Winthrop Robinson was found in the boat after the wreck was raised from the river about a month after the incident. (Kingston Daily Freeman, 1951)

In 1964, the Supervisor of the Saugerties Town Board organized a planning committee to draw up preservation ideas for the lighthouse, and urged constituents to join him in requesting the Coast Guard issue a stay of execution on the demolition of the lighthouse. The Coast Guard determined that the lighthouse, having been abandoned for ten years, had become decrepit and unsafe. The preliminary cost of restoration at this point was estimated at $5000. (Kingston Daily Freeman, 1964) About three months later, the Coast Guard granted the stay of execution until preservation plans could be discussed and evaluated. The Coast Guard left it up to the town or village government to draw up a plan allowing the lighthouse to be turned over to them, on the condition that the Coast Guard would retain access to the fog bell and automated light. (Kingston Daily Freeman, 1964)

In 1967, the Hudson River Valley Commission (HRVC) recommended the restoration of five different Hudson River lighthouses, including the Saugerties Lighthouse, though they noted that the time was short to do so, as they were rapidly deteriorating. The HRVC recommended that the Saugerties Lighthouse, with its 10 rooms and over 4 acres, be turned into an environmental studies center. They estimated that renovation of the building would cost about $24,000 at this point. (Kingston Daily Freeman, 1967)

While the HRVC recommended haste in preserving these structures, due to a number of factors, plans moved at a slow pace. In 1972 the lighthouse’s light was finally extinguished and replaced by another beacon built on top of a 15 foot tall steel tower. (Old Dutch Post-Star, 1972) One major step towards preservation was made in 1979 when the lighthouse was successfully placed on the National Register of Historic Places. (National Registry Certificate, 1979)

By 1985, the Village of Saugerties had ceased leasing the lighthouse and performing minimal repairs for five years due to funding problems. The Coast Guard was prepared to abandon the lighthouse to the state, who would likely offer it to a local government or private group willing to preserve it. However by this time the building had degraded further and the cost for simply stabilizing the structure was estimated at $100,000. (Kingston Daily Freeman, 1985) That same year the Saugerties Lighthouse Conservancy, a non-profit, was established (Certificate of Incorporation, 1985), and in 1987 the State government sold the lighthouse for a nominal one dollar to the organization. (Book of Patents, No. 90, 1987)

The Saugerties Lighthouse Conservancy would go on to restore the building and open the land to public use. The lighthouse building became a small marine museum as well as a bed and breakfast, available summer weekends by reservation. 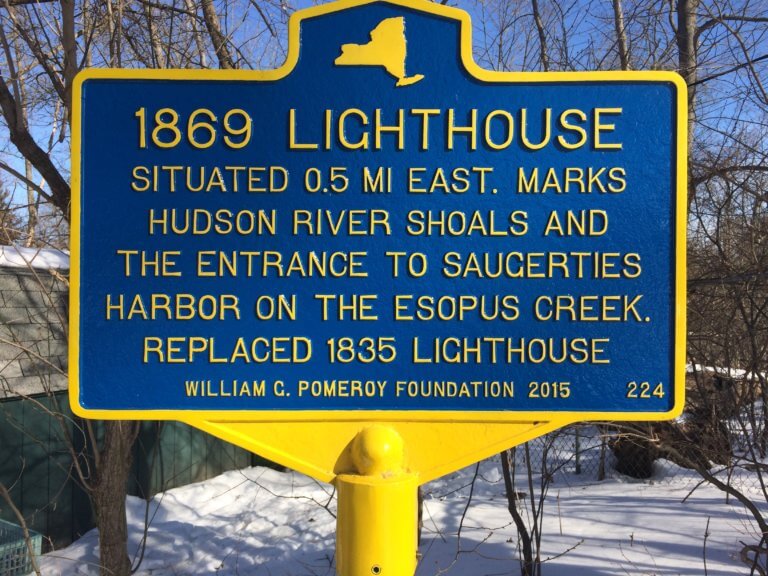 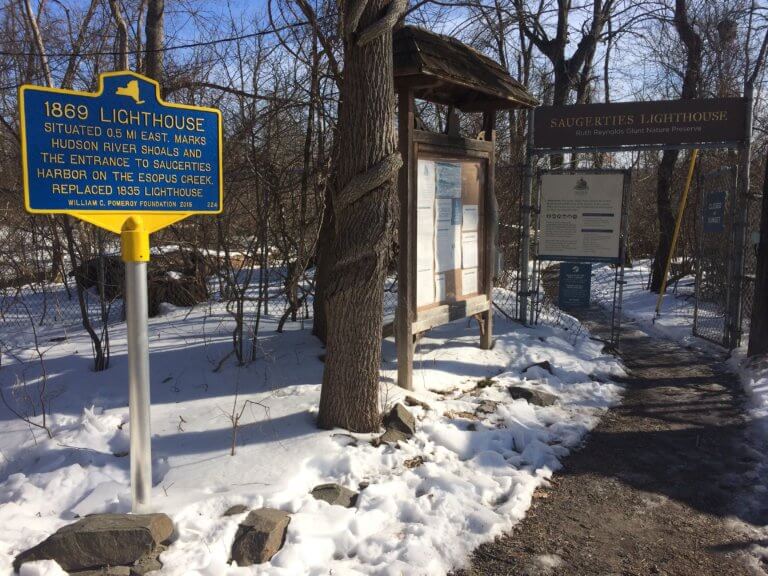 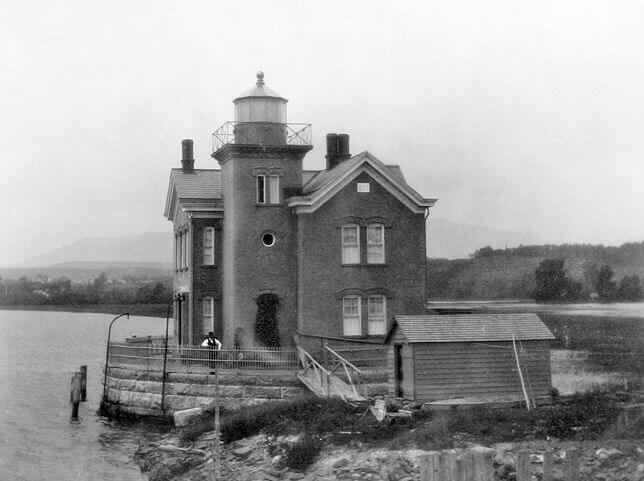