The first St. Joseph’s Roman Catholic Church in Lake Ronkonkoma was built in 1½ months and was dedicated by Bishop John Loughlin on June 22, 1884. The original church building was replaced with a larger building in 1968.

While no news article documenting the construction of the church was found, the September 5, 1884 edition of The Long-Islander notes that S.B. Blake, aged 70 was the pastor of St. Joseph’s Church, corroborating the fact that the church existed at that time.

The October 20, 2010 edition of The Long Island Catholic, a newspaper for the Diocese of Rockville Centre, reporting on the 100th Anniversary of the parish, explains that St. Joseph’s was originally a mission of St. Lawrence the Martyr Church in Sayville, and was mainly used during the summer months. According to Pastor Father Michal Maffeo, “Though small in its membership, St. Joseph’s covered the largest geographic area of the entire Brooklyn Diocese.” Its membership grew to straddle two towns, Islip and Brookhaven, and two school districts.

Paster Maffeo added that “St. Joseph’s was the mother Church of many Suffolk County parishes,” including St. Margaret of Scotland in Selden, St. Elizabeth Ann Seton in Lake Ronkonkoma, Holy Cross in Nesconset, and the Church of the Resurrection in Farmingville. “It was a good thing because it showed that the Church of St. Joseph’s had grown in leaps and bounds. At one point, we were one of the largest parishes in the country, that’s how big we had grown, with well over 11,000 families. That was a good thing, but also a bad thing because it’s hard to minister to 11,000 families and to do it well.”

Although the 2010 centennial date of the parish does not agree with the 1884 date of the church site, interestingly, the January 29, 1910 edition of the South Side Signal announced a lecture to benefit the “St. Joseph’s new church fund”. In addition, the January 11, 1968 edition of The Suffolk County News reporting on the “[n]ew [e]difice [u]nder [c]onstuction [a]t [l]ake”, noted that 1968 would be an “important milestone in the history of St. Joseph’s”. According to church pastor, Rev. John G. Carew, “the new building w[ould] replace one that ha[d] served for the past 37 years and which h[ad] become outgrown.” While useful information, Rev. Carew’s account corroborates neither the year 1884 nor 1910; indeed, it would suggest an earlier church building dating from 1931. A search of Suffolk Co. newspaper records of 1931 has produced the following result: on June 26, 1931, the Port Jefferson Times-Echo announced a dance and card party “for the benefit of St. Joseph’s new church.” 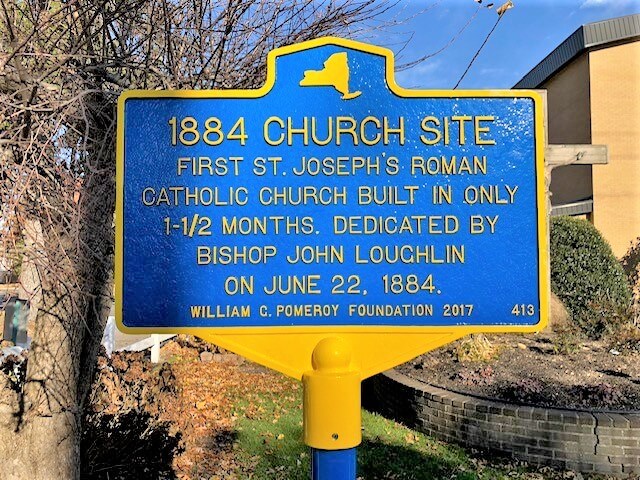 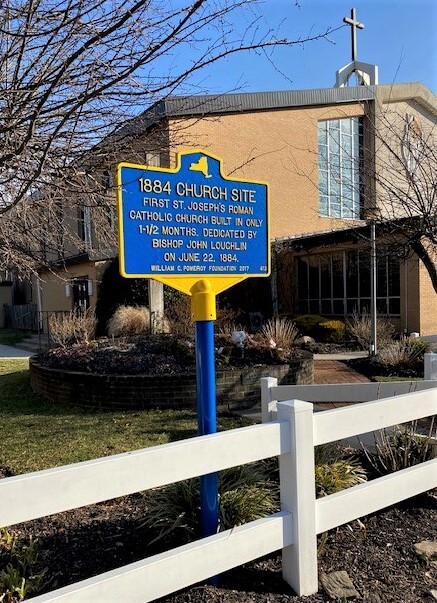