This former firehouse built in 1915 was constructed on the site of two earlier firehouses from 1869 and 1884. Civil War veteran Colonel Thomas Bradley, a Congressman and local businessman, offered to help fund a new firehouse if the village would share the costs. A newer, more modern fire station was constructed at another site in 1994.

The Walden Fire District website records the history of three different fire companies: Enterprise Steamer Co., Fearless H & L Co., and Orange Hose Co. The Enterprise Steamer Company was organized on June 11, 1872, when a button steam fire engine was purchased by the village trustees. Col. Thomas W. Bradley was active in organizing the company and was its first foreman. Starting with 16 charter members, during the month of June, 37 new members were added to the rolls of the company. With the “Steamers” now going ahead actively, an auxiliary organization was formed called Enterprise Hose Company with 14 members of the Steamers assigned and detailed to the hose company.

Enterprise Hose Company continued as an auxiliary of the Enterprise Steamer Company with varying fortunes while the growth of the Village of Walden was increasing considerably. In 1884, Chief Engineer J.R. Hays called a public meeting in Scofield Hall.  The auxiliary was dissolved and two additional companies, Fearless Hook and Ladder Company and Orange House Company were organized. The expansion of the fire house to accommodate the two new organizations also dates from this time.

Edward Manning Ruttenber’s The History of Orange County, New York (1881) notes the existence of an organization called “Walden Fire Incorporation” before incorporation of the Village of Walden. The books, papers, and property were transferred to the village trustees about this time, and a tax of $250 was levied on existing fire department to settle its debts, with $40 allocated for ladders and carts. Money was subsequently raised for the purchase of an engine-house for the company. At the time of Ruttenber’s publication there was one existing fire company called “Enterprise, No. 1… in charge of a steam fire-engine, the best made.” The company was “uniformed, all their apparatus is in excellent order, and they are ready for efficient action either at parades or actual service at fires.”

In July 1900 a fourth company, Rock Hill Rose Co., was formed to protect the west side of the Village of Walden. The new station, located adjacent to the High Bridge, later changed its name to honor Col. Thomas W. Bradley. On March 15, 1904 it was approved to build a new firehouse on North Montgomery Street, at the bottom of Wait Street. In November 2011, Col. Bradley Hose Company was relocated to the main firehouse on old Orange Avenue.

Orange County Firefighter’s Museum exhibits the original Walden Fire Department Enterprise #2 Steam Engine, a horse-drawn button steam fire engine dating from the 1870s. Two horse were used to pull this engine, built in Waterford, NY in 1872. The chief apparatus of Walden’s Steamer Company No. 2, it remained in service until 1935. Retired to purchase more modern motorized fire equipment, before it was loaned to the Museum it was ceremonially used for parades and other community events.

In 1997, The Enterprise Steamer Company observed their 12th Anniversary. In 2019, the Village of Walden is served by Orange County Fire Battalion 2. In 2019, the Walden Firehouse, which dates from 1994, is located at 230 Old Orange Avenue, Walden, NY. 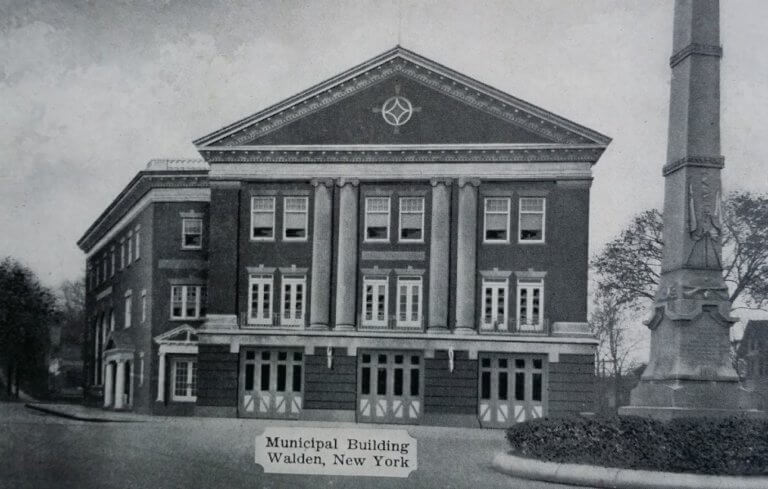