Aaron Mossell moved to Lockport, New York in 1866 from Ontario, Canada. Originally from Baltimore, his experience as the son of a formerly enslaved man and a freewoman living in the South shaped his views on many things, including race in the United States. One of Aaron’s sons, Nathan, would grow up to become the first African American to earn a medical degree from University of Pennsylvania. Dr. Mossell reflected on his family in his autobiography, available at the University of Pennsylvania archives:

My family ties were somewhat conditioned, I believe, by my foreparents and parents fanatical fight for their rights. Our loyalties were strengthened by things we did for one another rather than by what we said. Father was a man of few words, but very thoughtful. Mother inspired us toward high aspirations by her stories of how our grandparents overcame obstacles.

Once in Lockport, Aaron Mossell found work as a day laborer and eventually opened his own brickyard. He supplied bricks for the new, whites-only school built on the present day site of John Pound Elementary School. This was situated directly across the street from Mossell’s home. Segregation laws of the time required his children to attend the farther away school for Black children.

Beginning in 1871, Mossell began pushing the Lockport School Board to desegregate. He was often joined by his eldest son, Charles, who had attended integrated schools in Canada. Dr. Mossell’s autobiography recalls his brother advocating for his siblings after they were rebuffed from attempts to attend class in the white designated school.

The glee and enthusiasm with which Aaron, Alberetta, and I entered this school was soon brought to grief. The teachers refused to recognize our presence. We continued attendance at the school for a number of weeks.

Finally, a special meeting of the Board of Education was called, at which Charles was permitted to attend. He had already been permitted to attend the Lockport High School and was then making preparations to leave for college. He made a protest against the treatment we were receiving. The president of the Board, who at some time previous, had become a customer of father, told the Board that the young man’s speech had convinced him that a grave injustice would be done if the school further refused to admit the children to the classes. The majority of the Board conceded and the incident was closed, (so was the separate school which had been set apart for colored children).

In 1872, the Lockport School Board voted to allow all children to be educated under one roof, as the high school was already integrated. Unfortunately, public pressure forced the school board to rescind their vote. However, by 1876 the movement led by Aaron Mossell and his family had succeeded and schools were open to all. 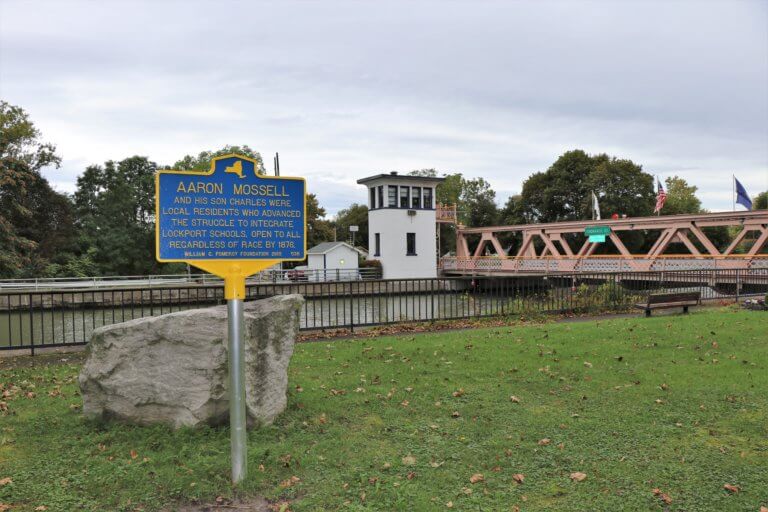