During the time of the American Revolution, Adam Helmer was a member of a small group of scouts attacked by Native Americans loyal to the British near what is now South Edmeston. He escaped and began a meandering run believed to have taken him to Schuyler Lake (Candarago Lake) through what is now Richfield Springs on to Ft. Dayton, near present day Herkimer. It’s thought over 200 villagers were saved by his warnings. At least one person who failed to immediately heed it was killed by the raiding party. No contemporary accounts appear to exist but the story has been handed down over generations and eventually was made famous by the Walter Edmonds book, Drums Along the Mohawk. The book later became a movie with the lead role played by Henry Fonda as the character inspired by Adam Helmer. 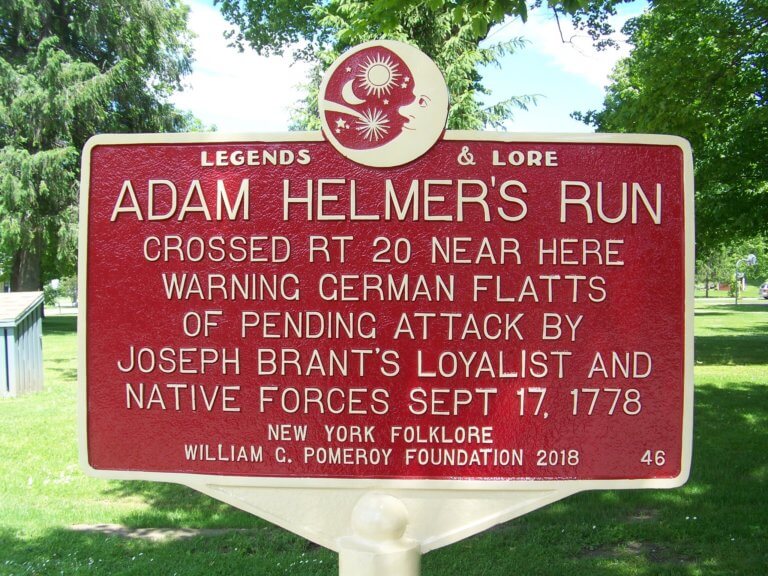 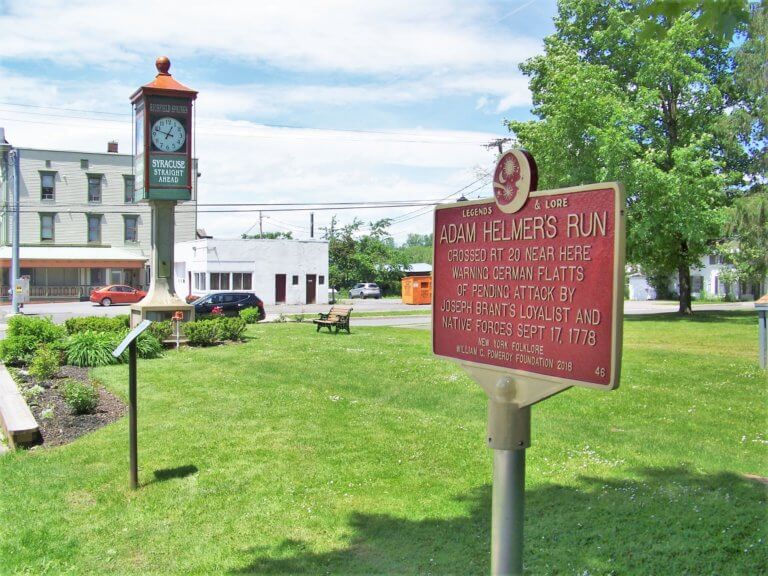