The Town of Mexico is located just east of Oswego in Central New York. Established early 19th century, in 1812 there were only seven homes, one being the Alfred House (“Grip’s” Historical Souvenir of Mexico, Edgar Luderene Welch, 1855). Located on Main Street, it is believed to be one of the first frame and plank homes in the town. It was 20 by 24 feet and “a story and a half high over a cellar” (Mexico, Mother of Towns, Elizabeth Simpson, 1949). Owners Shubal and Lucinda Alfred built the house circa 1807, not long after their arrival to the town (Images of America: Historic Mexico, Bonnie Shumway, 2009). Both were active members of the community. In addition to their house, they also had a barn.

As the town prospered, many men in the community were members of the fraternal order of Masonry, however they lacked a space to hold their meetings. Ideally they needed a place that had more than one room in order to separate women and children from their closed meetings. Once the Alfred House was built the Masons utilized the home as their meeting spot (Images of America). Women and children were sent down to the cellar when their meetings were in session (“Grip’s”).

According to local historian, Crisfield Johnson, in his 1877 book, History of Oswego County, New York: With Illustrations and Biographical Sketches of Some of Its Prominent Men and Pioneers, on August 20, 1810, one of the earliest churches in the region was established and all of the initial seven members were women. This church was named the First Presbyterian Church of Mexico. Similar to the Masons, these women needed a meeting place and they found their solution at the Alfred House. They decided to utilize the barn in the back of the house (“Grip’s”).

In 1811, the first school in the village was set up in the barn at the Alfred House. According to an old resident of Mexico and a former student, “in one instance the little educational institution had to be moved from the main part into the stable, because the floor was needed for the thrashing of grain” (History of Oswego County).

The Alfred House served as a familiar and cherished place for many Mexico residents over the years and, as of 2019, was still standing. 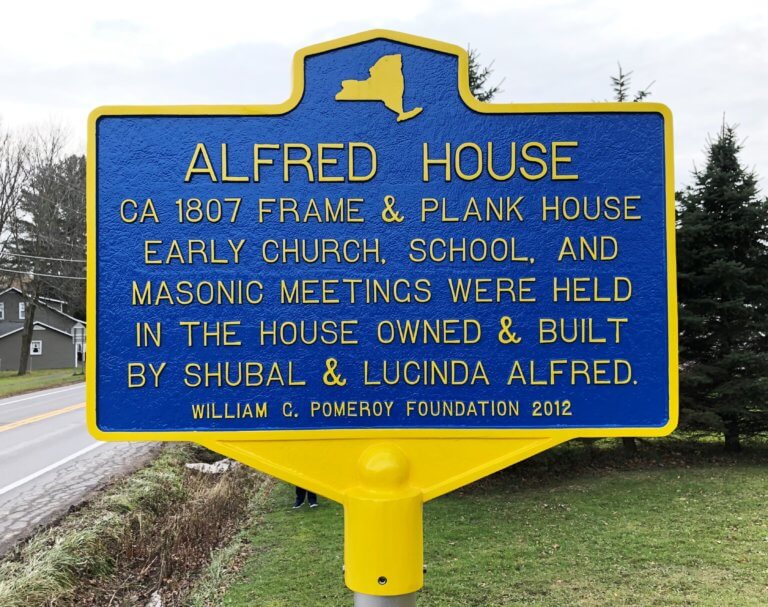 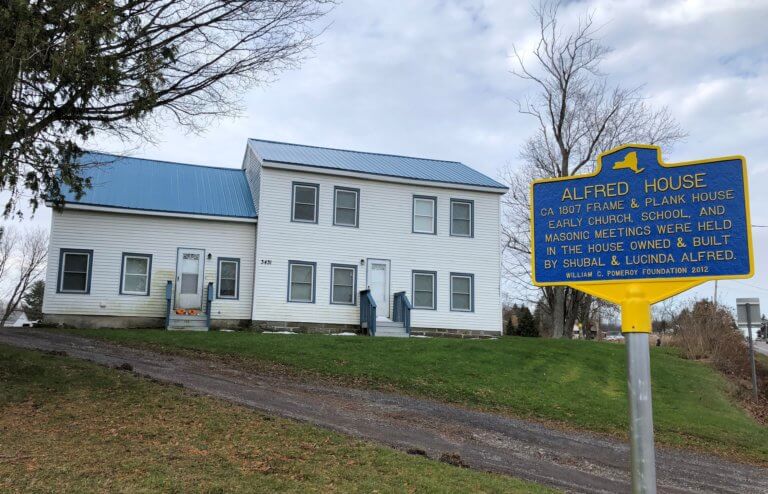