Amber Cemetery is the final resting place of this rural community’s early residents. Among those buried here are famous poet Caroline M. Congdon (1841-1860) and inventor Emory W. Mills (1842-1882). Although her life was short, Caroline Congdon demonstrated a remarkable ability and natural aptitude for writing. In 1856, she published her first and only book entitled “The Guardian Angel And other Poems”. Sadly she died at the young age of 18 on March 1, 1860 (www.findagrave.com).

Skilled as an engineer and inventor, Emory W. Mills was  credited in the development of portable steam powered engines. He was so talented that in November 1877 he won first prize in a New York Agricultural Society competition for the “best portable steam engine, of first class, for agricultural purposes,” (American Machinist, September 9, 1882). During the height of his career Emory Mills was plagued with a kidney ailment known as Bright’s Disease which claimed his life at the age of 40 on May 20, 1882 (American Machinist, September 9, 1882). 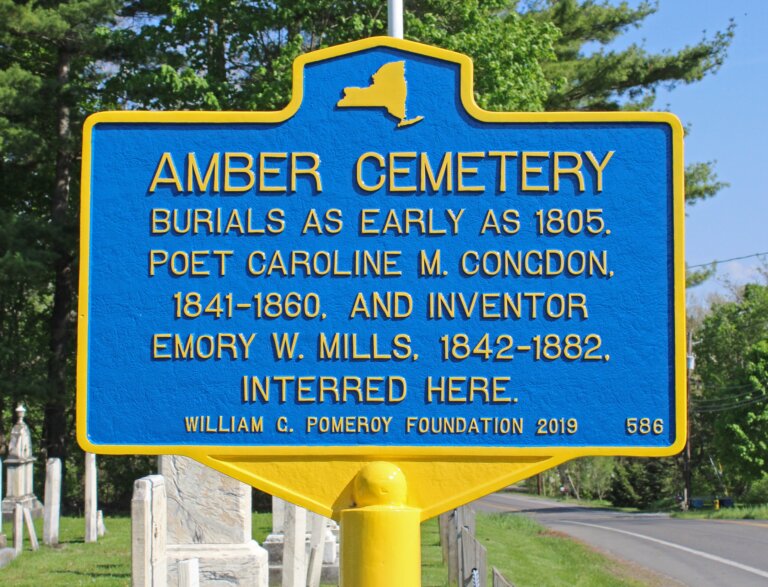 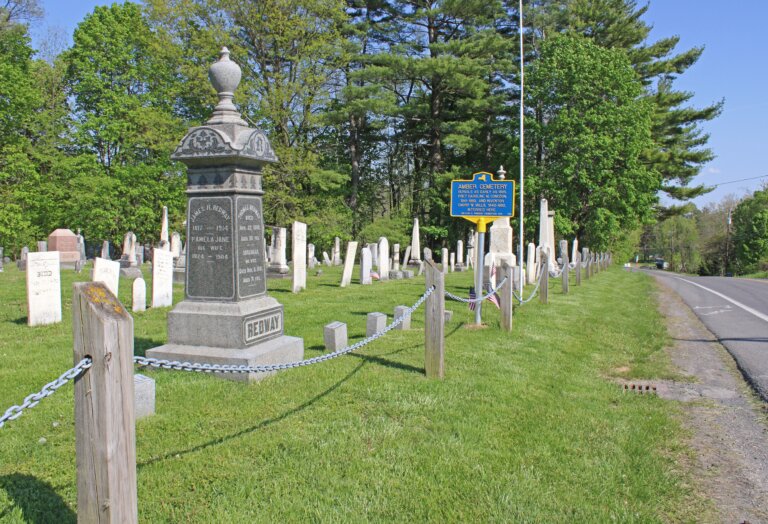