Historical Society of Shawangunk and Gardiner

The house on this site was originally built by Andries DuBois ca. 1769. A dendrochronological analysis completed in 2005 revealed different iterations of the house over time. While the building underwent stylistic changes in the mid-19th century, the earliest timbers dated to 1769.

New Paltz was originally settled by Huguenot expatriates, French Protestants, fleeing from the religious civil wars of a predominantly Catholic France during the 16th and 17th centuries. According to a local history of the town from 1909, Louis DuBois was one of the earliest settlers of New Paltz. The town was named after the Palatinate region in modern-day Germany, called Pfalz in German, where some of the town’s earliest settlers had fled to, before migrating to the Hudson River area, controlled by the Dutch at the time. Louis was born in Lille, France, and came to North America in 1661 after living in the Palatinate for a period of time. (LeFevre, 1909)

Andries DuBois and his twin brother Isaac were sons of Louis DuBois, and they both made their homes in New Paltz. Andries’ given name is of Dutch etymology, and may possibly reflect the intermingling of the Huguenot expatriates with the culture of the surrounding Dutch settlers. Reportedly the Dutch language superseded French among the Huguenot settlers fairly rapidly. It was recorded that Andries had one son who died in the War of 1812 while serving in the army, as well as four daughters. He worked as a stone mason and built his own house, though it is not known exactly when. (LeFevre, 1909)

Indentures from the Ulster County Book of Deeds show Andries owning the property in 1781 and 1794, but a James Mitchell held the title to the land in 1810 and 1842, likely coming into ownership of the property and its house after Andries’ death. To gain a better understanding of the house’s history, a dendrochronological analysis was performed, which resulted in a final report in 2005.

Dendrochronological dating involves the examination of tree rings in samples taken from timbers in a building or from natural specimens. By comparing with a record of tree rings of the same species from the same region, the age of the wood and when it was felled can be ascertained. This is especially helpful for determining dates that would be too recent for carbon-dating. (Cook et al, 2005)

All the samples from the DuBois house that could be positively dated were from oak timbers, while a smaller number poplar and chestnut samples could not be analyzed due to trimming of the lumber or deterioration. The oldest samples came from major beams in the basement, and date from 1769. These likely represent the original construction. Samples from the attic date to around 1814, and likely show the most recent replacement of the roof’s structural elements. This may reflect renovation from a possible fire. Two samples from the basement and one from the second story date to about 1840 and indicate major structural changes. This is likely when a major renovation was done which altered the house’s style, as mentioned above. (Cook et al, 2005)

The Andries DuBois house was placed on the National Register of Historic Places in 1998. 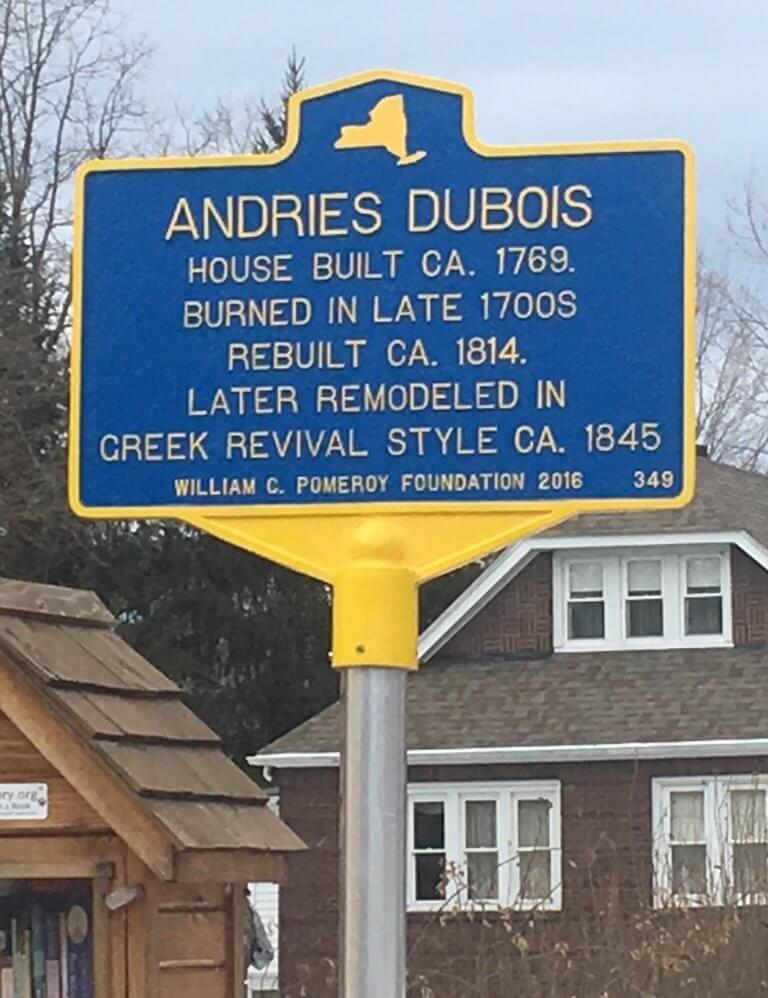 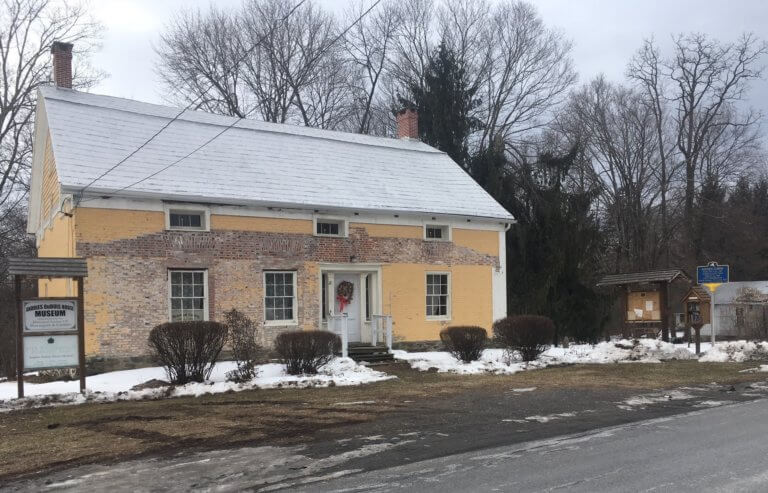