Annie E. Jones (1884-1950) was an Elizabeth City, North Carolina educator, clubwoman, and suffragist who advocated for African American women’s voting rights. She lived on Speed Street in Elizabeth City until her death in 1950. Jones was active in local women’s clubs and worked with the Elizabeth City Matrons’ Social and Literary Club, which was affiliated with the State Federation of Colored Women’s Clubs. In 1917, the Matrons’ Social and Literary Club hosted Mary Talbert, a nationally known suffragist.

After the passage and ratification of the Nineteenth Amendment, Jones continued to advocate for African American women’s right to vote in North Carolina. She organized voter education classes to help prepare newly enfranchised African American women in the use of their right to vote. In a September 24, 1920 edition of the Elizabeth City newspaper, The Independent, Jones explained how the voter education classes were intended to be nonpartisan and that as a result of the classes, “We colored women are going to know the subject of the government from the township unit up to the national congress.” 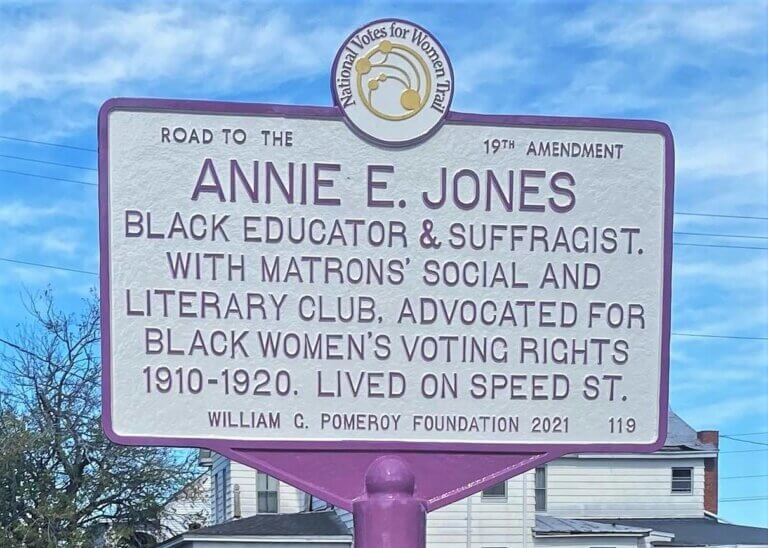