Opened in 1910 to serve students in south Freeport, this building is a duplicate of the Seaman Avenue School.

Seaman Avenue is noted by the Freeport History Encyclopedia as named for the Seaman family. The family was descended from Captain John Seaman (ca. 1603-1695) of Hempstead, Long Island. Seaman Ave. appears on the Freeport 1 E. Belcher-Hyde Map Nassau County 1914 Long Island. The School also appears on this historic map as “Seaman School No. 3.” It is located at Seaman and North Ocean Aves.

According to the Freeport Public Schools website, Archer Street, built in 1909, was expanded in 1969, and received an additional wing structure in 2000. In 2019 “[t]he school remain[ed] a classic two-story structure that welcomes families with graceful landscaping and a bright red awning.”

Although there was no formal article about the opening of the school, historical newspaper clippings from 1909-10 refer to the newly built school. The earliest instance of this occurred in South Side Messenger on the September 10, 1909 when the Village approved “Freeport School, Archer street (new building[‘s])” application for water. Another example is the want ad in the May 27, 1910 edition of the Nassau County Review which was seeking carpenters for a job site, “opposite new school house on Archer Street.”

Interestingly, based on the detail of the June 24, 1910 South Side Messenger list of students honored for perfect attendance having included both Seaman Avenue and Archer Street schools, the implication is that Archer Street although a duplicate building was a supplement rather than a replacement for the existing school.

As of 2019, Archer Street School was a public, magnet school, a part of Freeport Union Free School District. It is profiled on niche.com as having 668 students in grades K-4 with a student-teacher ratio of 14 to 1. According to state test scores, 33% of students are at least proficient in math and 27% in reading. The School’s web page also boasts a spacious media center, modern computer lab and high tech printing press, allowing children to build literacy skills in mathematics and technology. 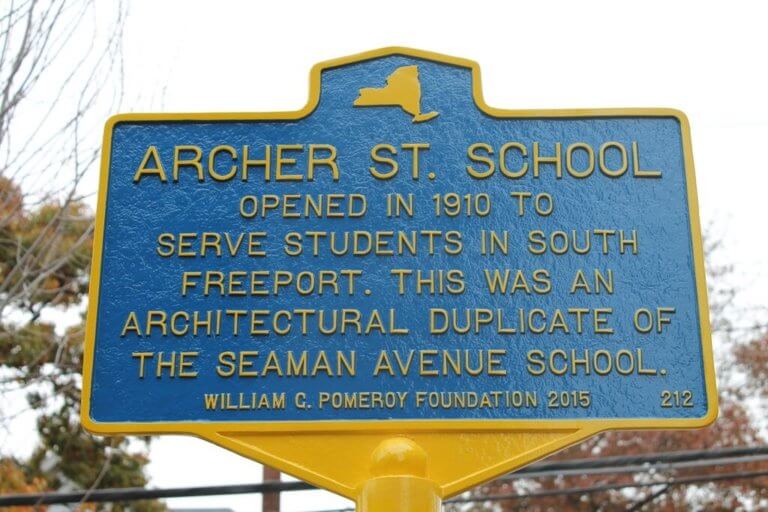 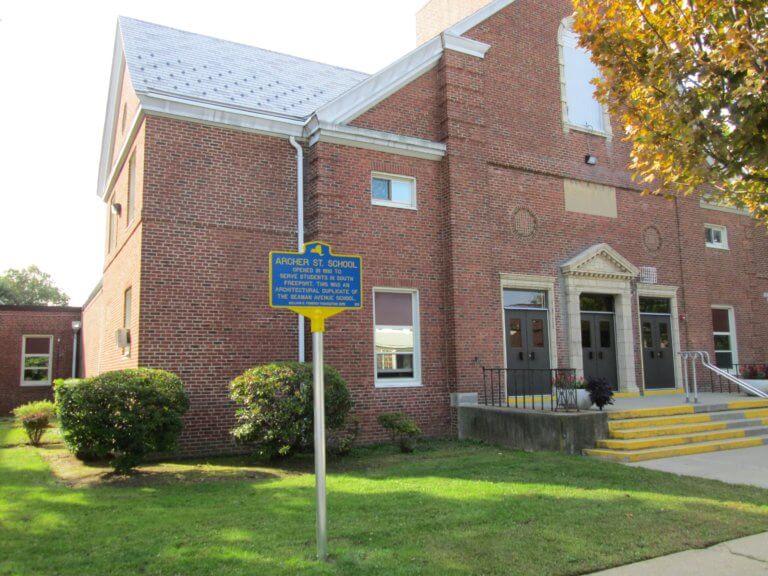