Built around 1911 after the original schoolhouse was destroyed by a fire in 1909, the Attlebury Schoolhouse, or District 12 School, served the surrounding area and remained in operation until 1945.

The Attlebury Schoolhouse was listed to the National Register of Historical Places on May 16, 2016. According to the National Park Service, the local history of the schoolhouse, constructed in 1910, is significant for its association with rural education in the Town of Stanford during the early twentieth century. Built after the hamlet of Attlebury’s original schoolhouse burned, the modest one-room, frame structure served both as a center of education as well as a hub for the rural community.

In contrast to the earlier school building, which had been but a repurposed house, the new school building’s form and design were drawn from nineteenth century models of one-room schoolhouse construction. Although the school served Attlebury well, it was built on the cusp of New York State’s trend toward increased rural school centralization. Within two decades, Dutchess County’s rural, one-room schoolhouses were seen as outmoded and efforts were being made to replace them with central schools.

A February 19, 2014 Poughkeepsie Journal article featuring the schoolhouse history, noted it once operated from 9 am to 3pm, with one short recess and a lunch break. A series of double and triple desks strategically positioned throughout the interior accommodated all grades, spanning from kindergarten to eighth grade. All 26 children walked to school in all types of weather. Teachers typically resided at a local home as part of their annual compensation.

Evangeline Jones, who attended the Attlebury School from 1938 to 1945, remembers her teacher Ella Burch as her only teacher for all seven years she attended it before the two districts were consolidated. “We were very fortunate to have a beautiful organ in the school, and every morning Miss Burch played it,” she said. “We loved it… it was a great way to start the day.” Jones also remembered her father and grandfather would go to the schoolhouse in the morning to “fill up the fresh water and in winter they’d start up the fire in the stove so the building would be warm when we got there.”

After 35 years of use, the Attlebury Schoolhouse was closed in 1945. Children from the hamlet were finally sent to the Pine Plains Central School which had been built over a decade earlier. While the building was never used for another purpose, during the 1990s, Jones told the Poughkeepsie Journal, she hosted local school groups there to demonstrate how one-room schoolhouses operated. Some classes remained there for an entire day to conduct their regular schoolwork.

In 2019, Attlebury was the only remaining rural district school in Stanford that remained unconverted and historically intact, representing the history of rural education in the town before centralization. A Stanford Historical Society Facebook post, dated June 9, 2016, featuring ladders, scaffolding, and drop cloths suggested the beginning of some interior renovation work. A more recent post from April 26, 2019 announced a “Paint for Paint” fundraiser to benefit the Attlebury School House’s restoration. 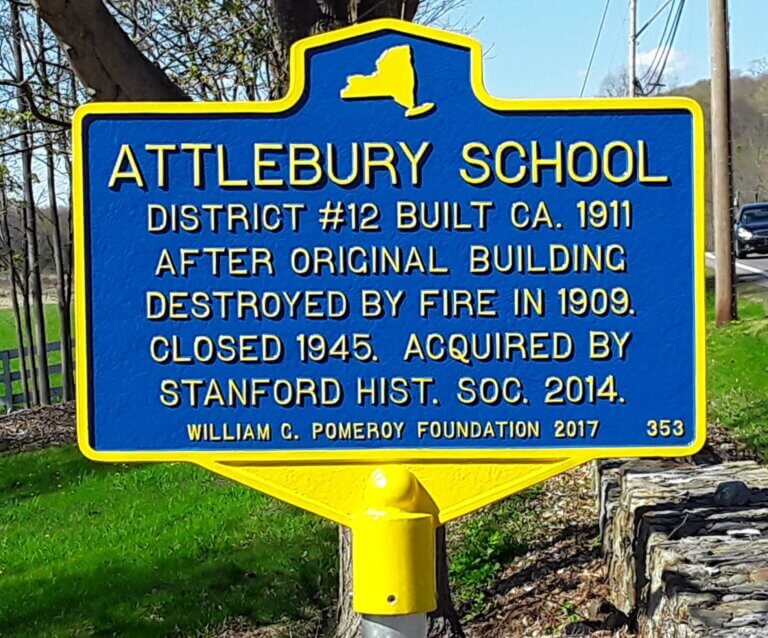 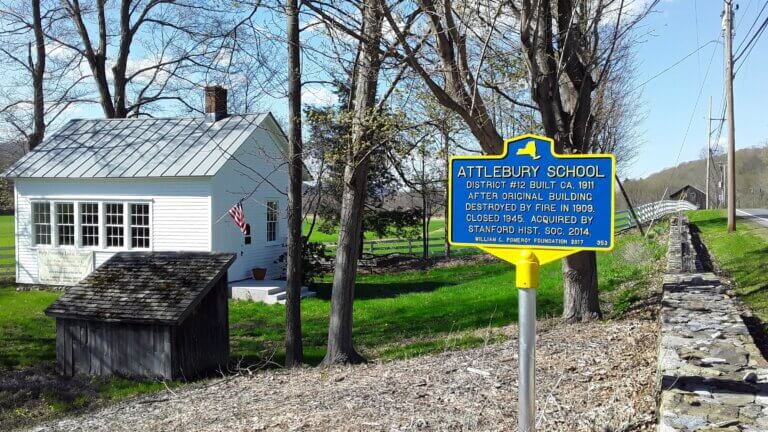