Built in 1850, Greek Revival Style, described by Historian B.J. Intini as a homage to higher learning, this one room schoolhouse served the community of Farmingdale continuously until 1929.

A 1988 National Register listed property, the single-story, vernacular rural schoolhouse measures approximately 18 feet by 28 feet. Also on site are boys’ and girls’ outhouses or privies, a woodshed, and a house formerly owned by a member of the Terry Family. The structure is located in Farmingville Hills Park and is owned by the Farmingville Hills Historical Society.

The Farmington Historical Society, who has well researched and documented the history of the structure, notes that it was the first one-room schoolhouse in Farmington. Another interesting detail is that it was heated by a pot-bellied stove that was fed with cordwood, a chore that some of the older boys were tasked with throughout the winter months. Pupils would bring their food from home in tin lunch pails and use the stove to reheat their meal.

Originally furnished with long wooden benches for seating, students were in the custom of rotating to the front row when it was their turn to take lessons. At a later date the long benches were replaced with double-wide wood and metal desks which were secured to the floor.

Obedience was expected by the teacher. Former pupils Elmer Fogerty and George Holms recount the prank of placing frogs in the schoolhouse well to scare their female classmates, and of the harsh punishment they received from the teacher as a consequence.

Curriculum focused on reading, writing, arithmetic, and literary morals. Frequently drawing from the Bible, students were well-prepared to read other literary works of the times such as Walt Whitman.  The Society and Suffolk County Parks also notes that operas, hymns, and Greek choruses were a normal part of general education at the one-room schoolhouse.

In 2013, the Farmingville Historical Society re-opened the Bald Hill schoolhouse as a museum to serve the community through student field trips. In addition to interpreting the schoolhouse, the Society is also engaged in preserving and restoring the Elijah Terry House, and relocating, restoring, and preserving the historic Firehouse. 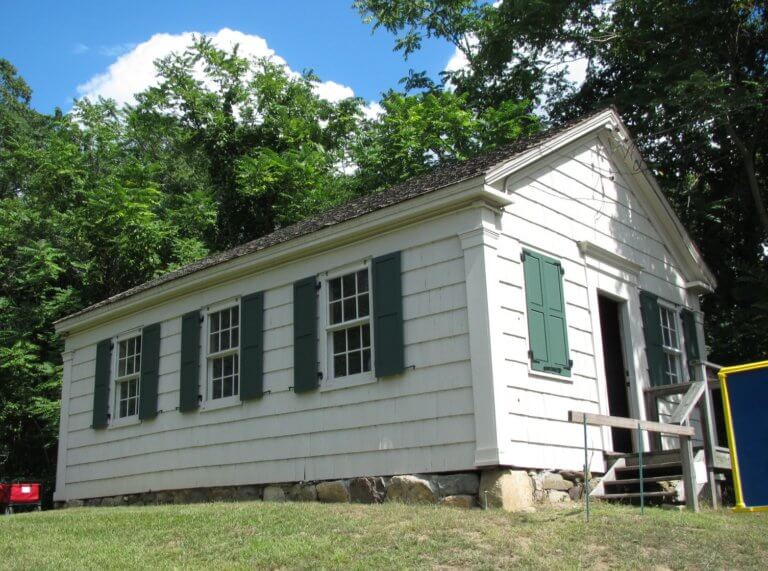