Powered by the neighboring Agawamuck Creek, Barton’s Mills were built at some point prior to 1804. It changed hands a number of times before the namesake of the mill, Solomon C. Barton, purchased the property in 1832. Several generations of the Barton Family owned and operated the mill, which served the local community by processing timber, grain, and apples. While time has passed and the geography has changed, the mill still stands much as it did when it was first built and continues to be situated on private property. In 1990 underwent extensive restoration in order to preserve it for future generations for years to come.

Now known as the Mills at Green Hole, their website states that mills were originally opened as a grist mill to grind grain and a sawmill to produce lumber. To power the mills, a ten foot diameter water wheel was built on the lower of the two waterfalls on Agawamuck Creek until two water turbines were installed around 1880. While the turbines were able to produce more power, they needed more water, and to compensate, a dam was built at the top of the upper waterfall. The dam was built out of stone and funneled water into a penstock, which was described as resembling “a long wooden barrel pipe, and carried water to the [two] turbines.” Separately, the smaller turbine powered the grist mill with an output of 25HP, and the larger turbine powered the sawmill with an output of 40HP.

Since the original purchase by Solomon C. Barton, the mills had been passed down through the Barton family, and by the time Howard Barton became proprietor, some significant changes had been made. In an interview published in the River Valley Chronicle in October 1980, Howard discussed the changes he had witnessed throughout his time with the mills, beginning with the fact that his father was the one to add the cider mill. Howard also mentioned that at the time, the mills were being powered by two gasoline motors instead of with the traditional water power. After a massive flood in 1938, the dam and grist mill were destroyed, and neither of the structures were able to be rebuilt due to cost. Despite the loss of the dam and grist mill, the other mills continued to function, with the cider press operating only in the fall. Howard described the process, stating that apples would be moved through a grinder on a convey belt before being dumped out the other side onto a big wooden rack. From there, the ground apples were covered with burlap and pressed between another wooden rack, with the burlap serving as a strainer for the cider to flow through.

The property was eventually bought by Stephen Formel in 1990, and the website for the Mills at Green Holes state that he was using the purchase as a “passion project to satisfy his interest in traditional watermill engineering.” To ensure that the mills were restored with accuracy, Formel consulted with operators of mills from around the Eastern United States, and over the course of two decades, renovated and rebuilt the mills. A new concrete dam was constructed in the river, allowing for a new turbine to be installed and water power to once again power the mills. Formel made to also strength the buildings still standing and completely rebuilt the owner’s house while still keeping with the original style.

As of 2021, the marker stands in front of the mills, which are open from April until mid-October and offer tours of the historic sawmill, cider mill, woodworking shop, and blacksmith shop. 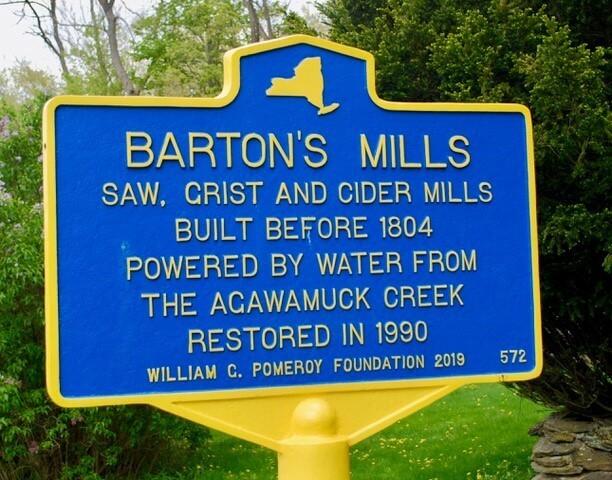 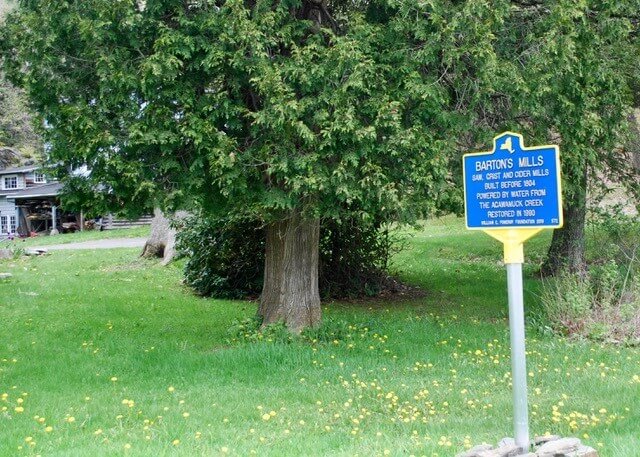 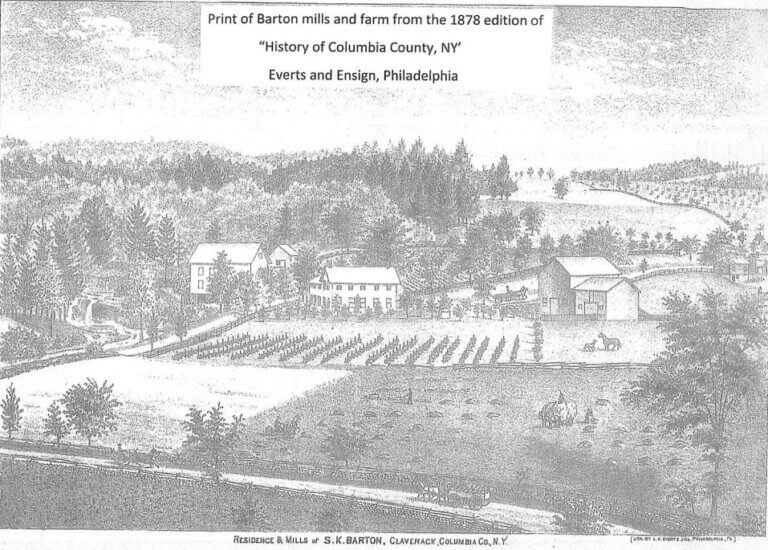