Bath Center Cemetery. Settlers from New England purchased this land in 1817 for use as a burying ground and to build a meeting house. Located in the center of Bath Township, a part of the Connecticut Western Reserve, the site provided a convenient place for public and religious gatherings and for a cemetery. Out of need, the cemetery was established before the township was founded in 1818. Many of Bath Township’s farming families, as well as both owners and operators of businesses of Bath, are interred in the cemetery. In a tradition originating with Civil War veteran Perry Alexander, the graves of all veterans are marked with an American flag on Memorial Day as a tribute to their service.

Bath Township Hall. A log meeting house, which also served both the Presbyterians and Congregationalists, was constructed here c. 1818. In 1834, a frame structure replaced the log house and served the community and the congregations until 1870, when the property was sold to Bath Township to construct a township hall. The trustees replaced that township hall with a new building in 1905. It was the seat of township government until 1980 and, among other uses, served as a meeting place for the Grange and other community groups. Although adapted to address new needs throughout the 20th century, the hall was extensively renovated in 2000. In 2005, the Bath Township Historical Society converted the building into the Bath Township Museum. An example of early 20th century Georgian Revival architecture, the township hall was placed on the National Register of Historic Places in 1979. 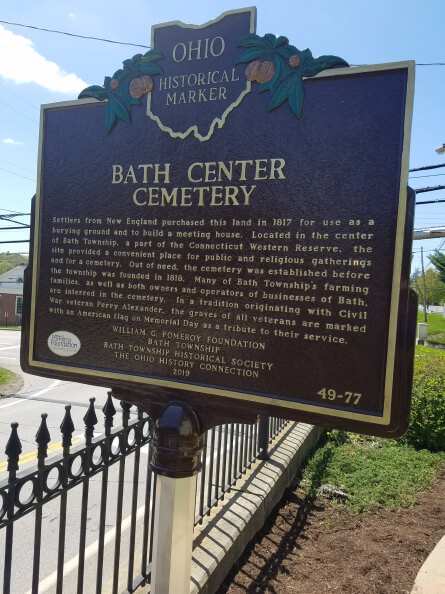 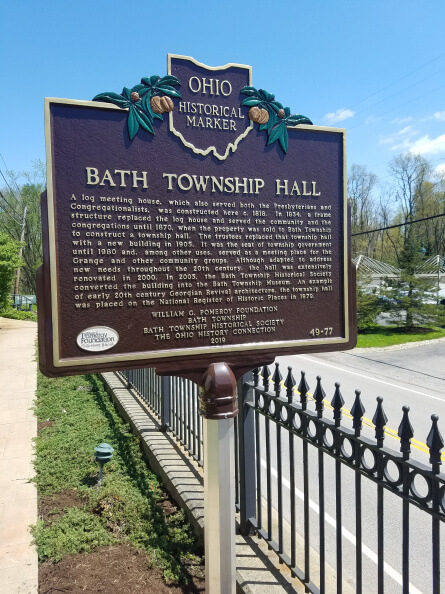 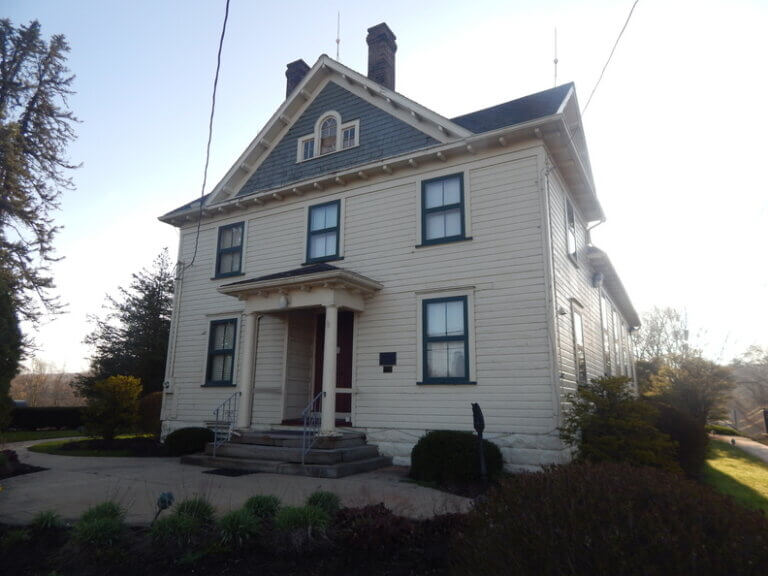