During the 17th century, the area of Queens was sparsely populated, with lots of surrounding forest unfamiliar to the newly arrived English. In 1657, one of these new residents, John Bowne, settled in Flushing, Queens. With him he brought his father Thomas and sister, Dorothy. Thomas walked with a cane, likely due to an injury he received during the English civil wars. Legend has it that in 1670, a bear attacked Thomas while he was walking near their home. He fended off the attack, killing the bear using his crutch, which is now in the collections of the Bowne House. 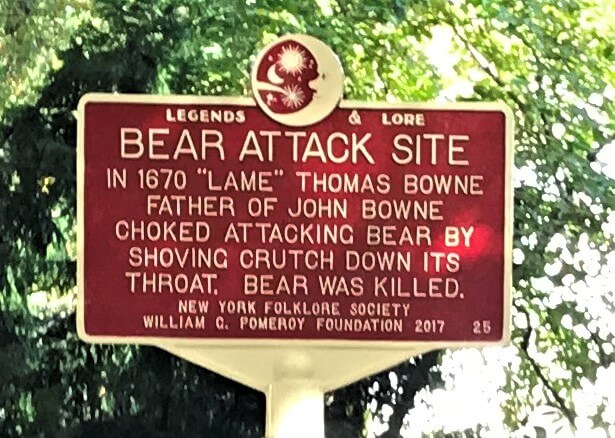