Bear Market, also known as Sutherland’s Cemetery, is the location where Solomon Sutherland is buried. Sutherland was a Revolutionary War patriot, first Stanford Town Clerk and served as a New York State Senator from 1800-1802.

According to Philip H. Smith’s General History of Dutchess County (1877), Bare Market–incorrectly spelled on some maps as Bear Market– is a cluster of houses located near the west border of the town. The name, apparently, derives from following colorful incident:

An old gentleman formerly kept a grocery here, and also disposed of considerable liquor. One night a company assembled at his place of business, drinking and carousing, and prolonged their stay until a very late hour. They imbibed so freely that they drank up all the liquor the old man had; but not yet satisfied, they besought him to go off and get some more. This he told them he could not do, as he was very lame, and unable to travel. This was to them a sore disappointment, thus to have their joy nipped off without warning. They therefore named the place “Bare Market,” the place was “bare” of liquor – a cognomen which it has retained to this day.

The cemetery appears on the 1867 Beers Atlas for the Town of Stanford, Dutchess County, NY as “Cem. BEAR MARKET” with the road immediately to the south called “Lot Lins Road.”

J. Wilson Poucher, M.D. and Helen Wilkinson Reynold’s Old Gravestone of Dutchess County (1924), a publication of the Dutchess County Historical Society, refers to the old cemetery located at Bear Market in the western part of the town as “Community Ground, Bear Market.” At the time of the publication, the authors remarked that the site, enclosed behind a fence, was in occasional use. The condition was noted as fair, and a total of 55 inscriptions were recorded. The notable veteran, Major Solomon Sutherland, died September 10, 1802, age 40, is listed, along with 16 other ancestors. In addition to the honorable military and civic merits of the Major, based on the fact that this cemetery is Sutherland-Family dominant, we can gather this may be where it takes it alternative name.

Dutchess County Cemeteries, a Dux Family Rootsweb archives, refers to the cemetery as Bear Market within the hamlet of Bear Market. The earliest stones date from 1790 and 1793, and the number of 55 markers corroborates Poucher’s earlier record. Also noted is that fact that stones pre-1800 belong to the Sutherland family. While the source had yet to personally visit the cemetery when the website was updated in 2000, it noted the following directions: “Take Parners Road exit from Taconic Parkway, going east, turn right (south) onto Willow Brook Rd, change onto Hicks Rd when Willow Brook right turns south.  Turn left onto Market Lane.  Probably 1.5 miles total from Taconic.”

In addition, Findagrave.com reported finding an old Stanford Historical Society sign in the cemetery which referred to it as “Sutherland Cemetery”. The source also observed that many of the markers identified by Poucher had since disappeared, and the vast majority of remaining tombstones were nearly illegible. 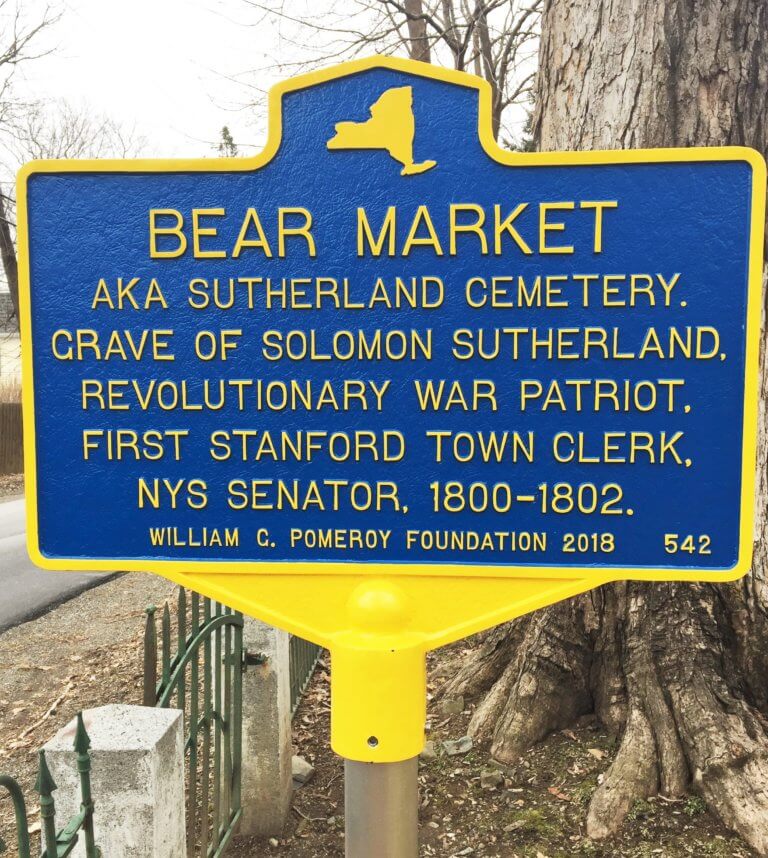 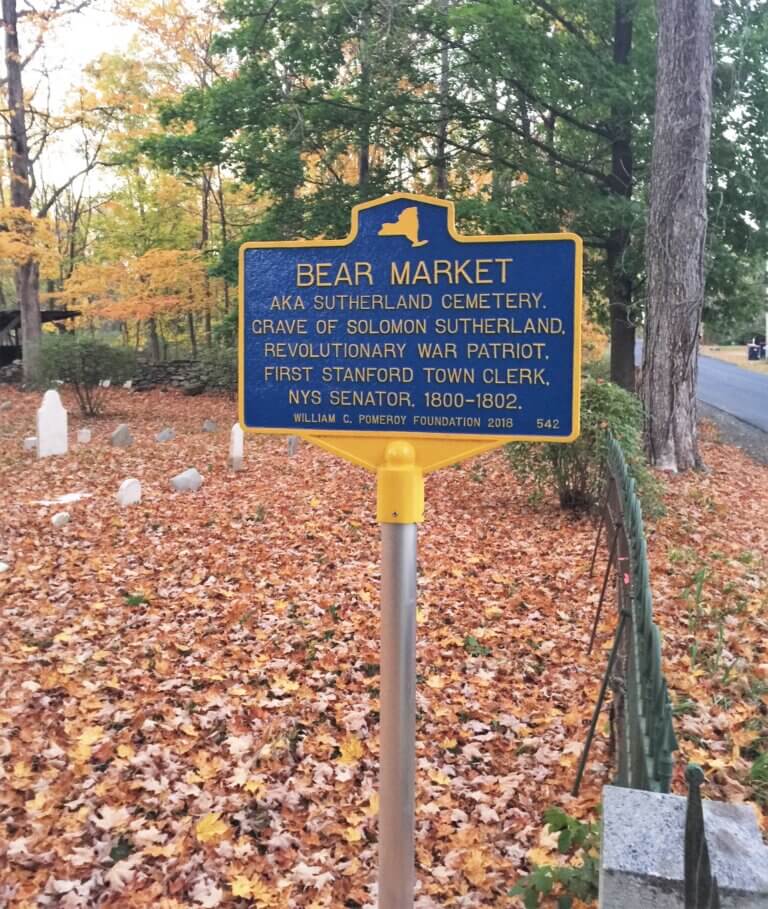 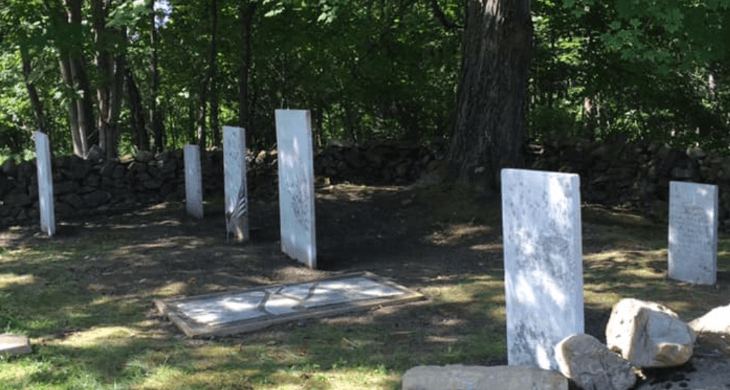