Built in 1874 and located near the Belmont Stud Farm, Belmont Junction station effectively connected the Central Railroad and the Long Island Railroads. It was a freight and telegraph site until it was abandoned in 1888. Later it served as a trolley stop from 1910-1920.

Long Island and Where to Go (1877), a descriptive work compiled by Long Island Railroad Company for the use and benefit of its patrons, features “The Nursery,” where thorough-bred horses were raised for racing, placing its location within two miles of the station depot. Belmont Junction itself is described as a telegraph office thirty-six miles from Long Island City. Although the source alludes to a passenger rather than freight line by stating the tickets fares– single $1.00, and excursion (round-trip) $1.70—the number of daily trains reported each way at the time of the publication was 5. 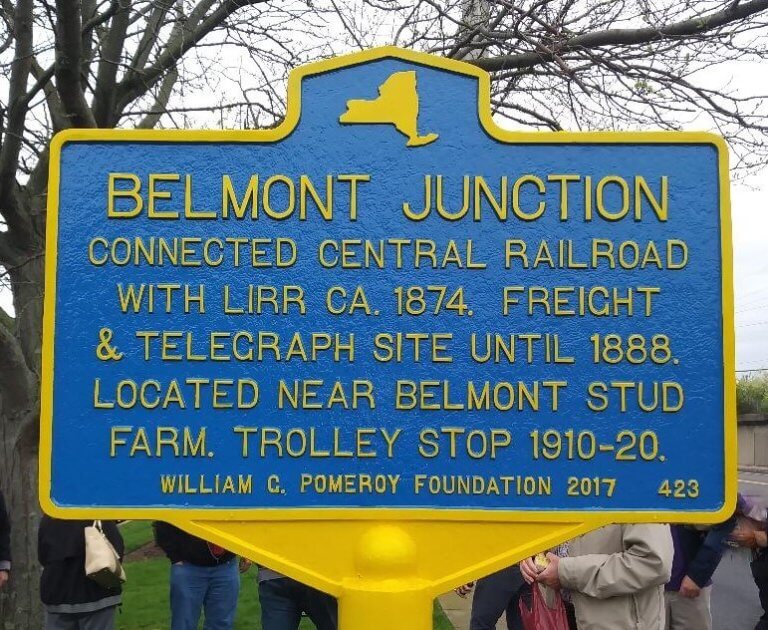