Hawley Cemetery serves as a private burial ground for the Bentley family. The cemetery is also the final resting place of two Revolutionary War veterans.

In a Cortland County, NY deed dated for August 31, 1852, Linus Holmes, a Taylor resident, leased part of his property to Joshua Bentley for use as a burying ground. Burials began around the mid-1820s when Phebe Bentley died during infancy at almost two months old in 1827. The final person to be interred here was Anna Thayer Hawley, who passed away at the age of 79 on October 18, 1893 (Findagrave.com, 2019).

Revolutionary War veterans and brothers, Jacobus and Henry Bush were both interred here and honored with bronze markers for their military service. According to his Revolutionary War Pension Application, Henry served as a second lieutenant in the New York militia during the war. He passed away in 1848 at the age of 91. Jacobus, the older brother, was born in 1756. He was drafted in 1776 and enlisted in 1777. He served as a private in the New York militia. Jacobus passed away in 1847. 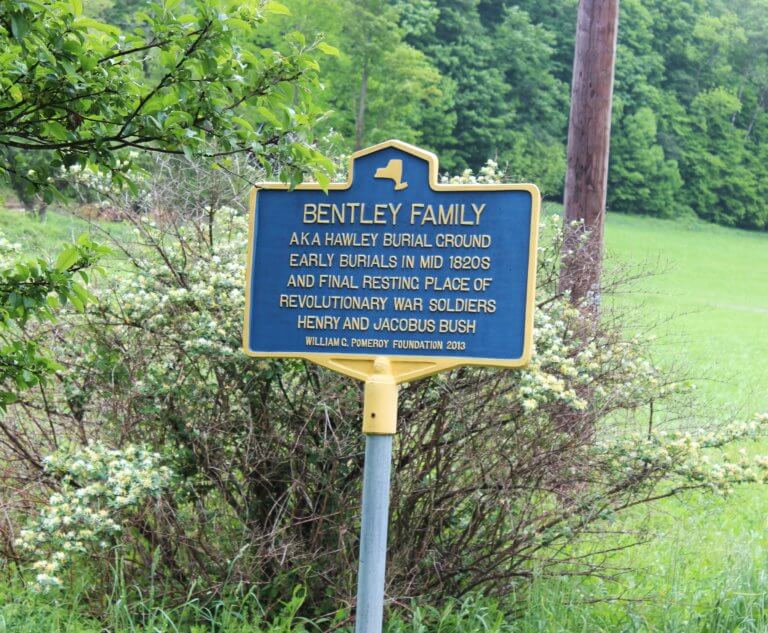 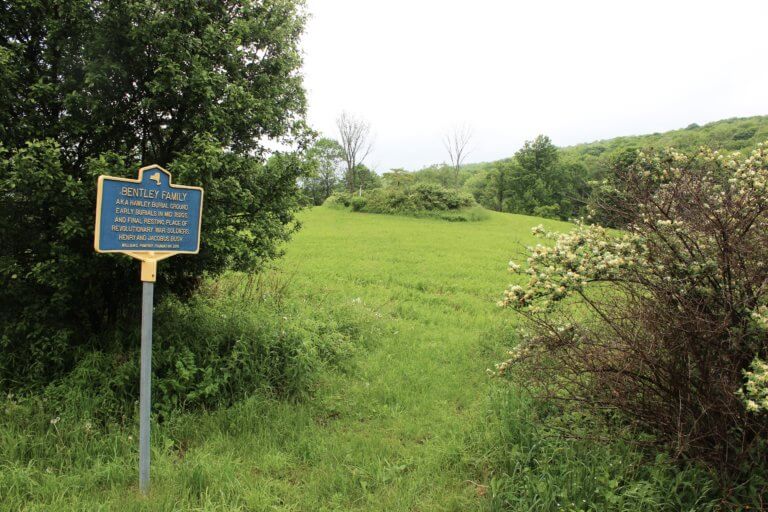