About one hour before sunrise on November 21, 1812, British cannons opened fire on Fort Niagara. During the exchange, Betsy Doyle, wife of Private Andrew Doyle who had been taken prisoner by the British, carried red-hot cannonballs from a fire to the 6-pound cannon mounted on the roof of the mess-hall. That “hot shot” was intended to set fire to British buildings and battlements. But loading hot shot was difficult and dangerous. The hot iron could cause gunpowder to explode prematurely in the cannon, wounding or killing anyone nearby. Although one man was killed and five others wounded while loading hot shot, Betsy survived the barrage, and her bravery was mentioned in official reports.

The story of her actions spread quickly among officers in the region. In December 1813, Betsy fled when the British invaded and captured Fort Niagara. With her children, Betsy walked over 300 miles to the East Greenbush Cantonment near Albany, NY, a journey of nearly four months. 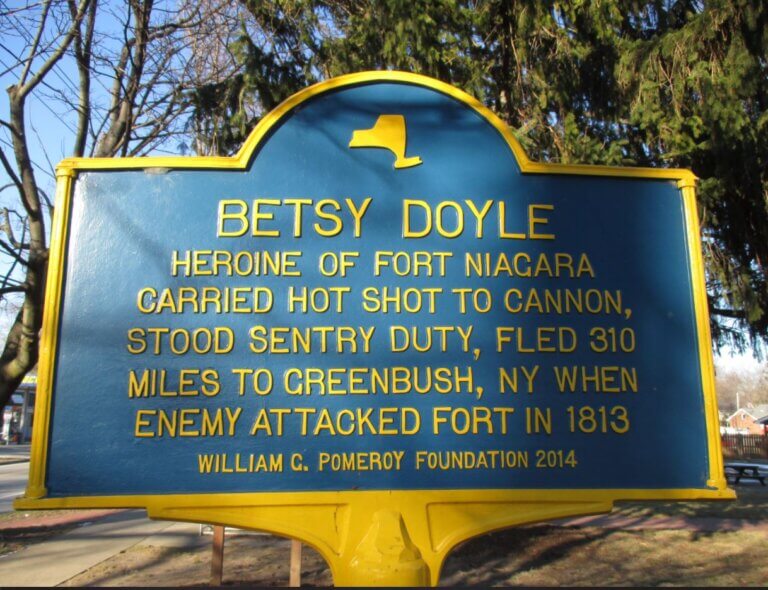 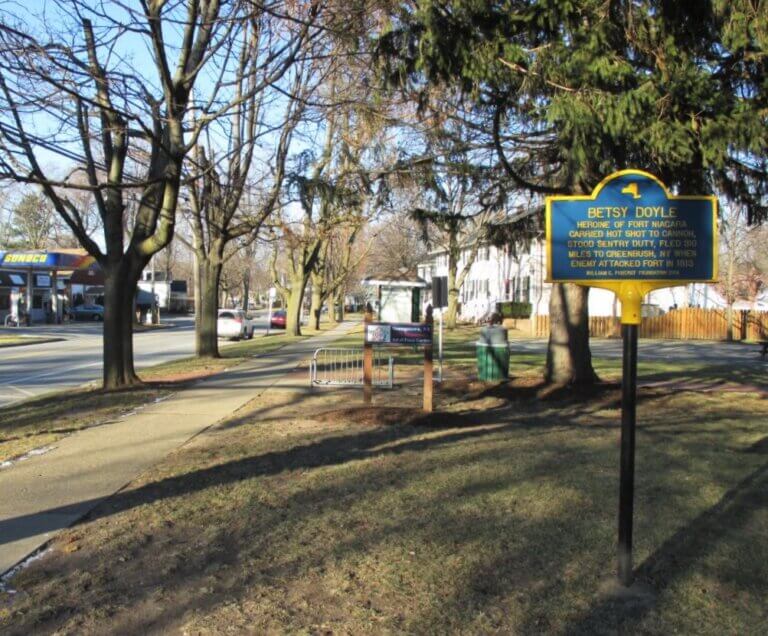 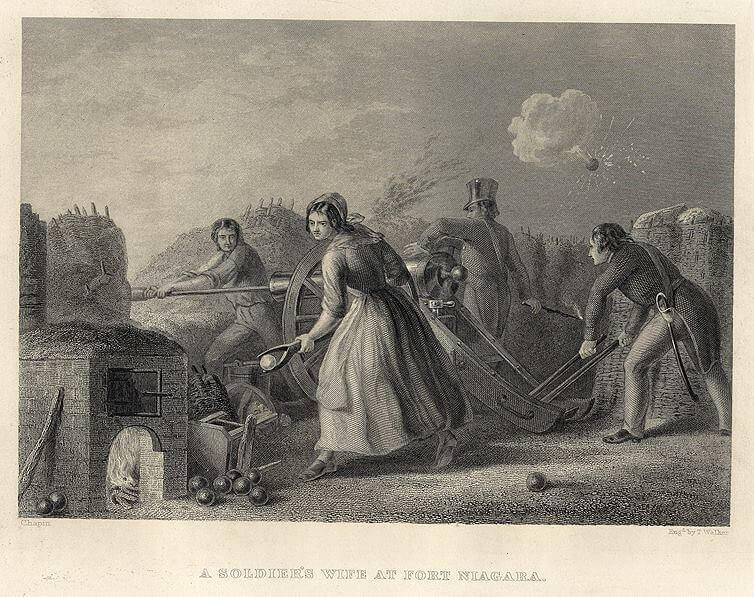 "A Soldier's Wife at Fort Niagara" (Betsy Doyle in 1812) engraved by W.Ridgway after a picture by Chapin, published in The Battles of America by Land & Sea, 1878. Photo courtesy of ancestryimages.com.