Toward the late 19th century cycling was rapidly becoming a popular leisure pastime. While this would later lead to the development of sidewalks along roadways, scenic bike paths have again become a new economic and state park development trend for old railroad and canal sites in the 21st century.

As an 1898 special cycling section in the Sunday, April 3 edition of the Brooklyn Daily Eagle attests, cycling was especially popular on Long Island. Affectionately referred to as “wheelmen”, cyclists touring the island were offered a self-guided tour of the island through appealing line drawings and interpretive texts featuring points of local and historical interest.

In 1907, the New York bill for bicycle use sidepaths became a state law. Not only was each municipality charged with providing for the construction, maintenance, regulation, preservation and shading of sidepaths, but permits were required for cyclists. Accordingly, the Cross Island Bicycle Path was built exclusively for bicycle traffic in 1887. Today the old bike path is known as Bike Path Road, a fun throwback to the history of the community and original purpose of the road. 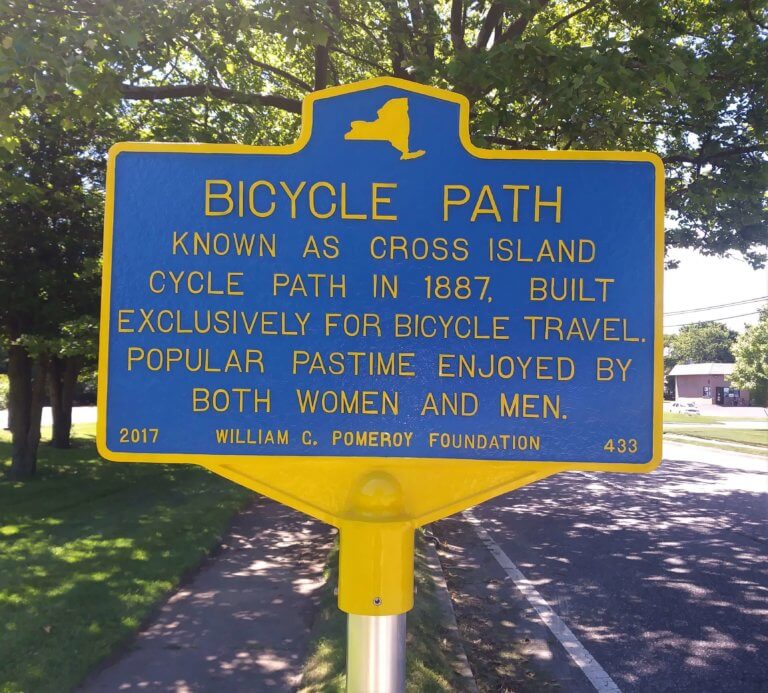 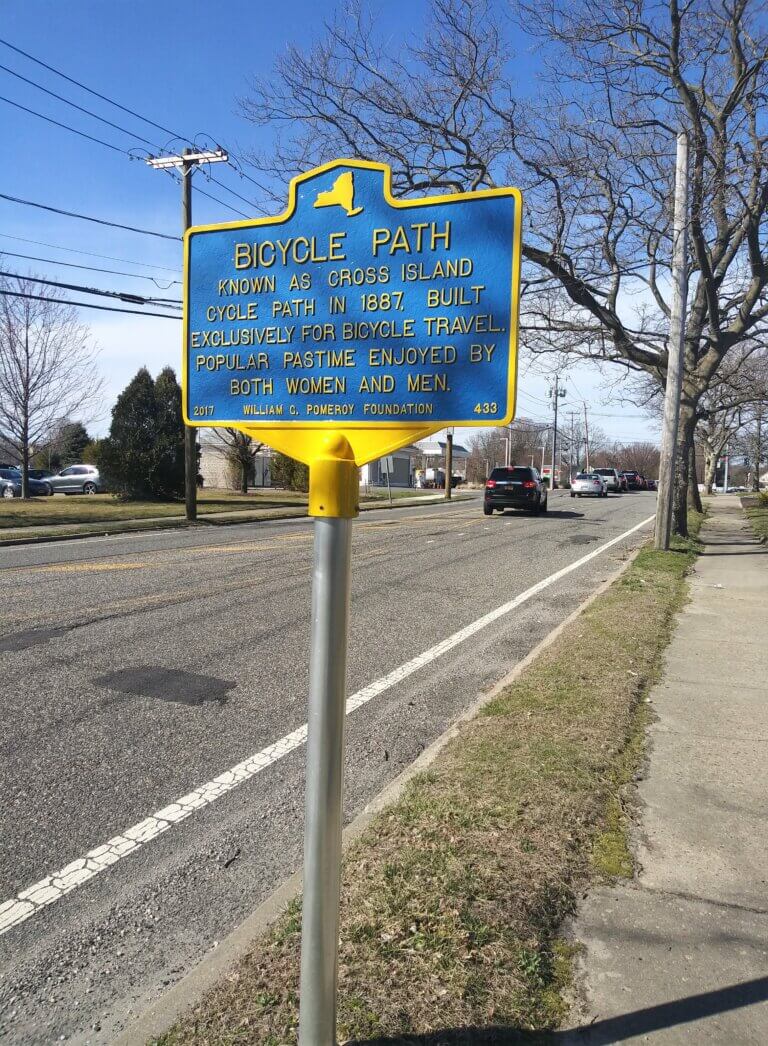