In November 1861, a local regiment was raised in Lockport. Battery M was part of the 1st Regiment New York Light Artillery, seeing action in almost every battle including Bull Run, Antietam, Chancellorsville, Gettysburg, Chattanooga, Peach Tree Creek, the March to the Sea, and the campaigns of the Carolinas.

During the Battle of Chattanooga in November 1863, Wilson native Lorenzo Pratt was able to capture a Confederate horse whom he named “”Billy Sherman”” after the famous general who had marched to the sea. Billy was a dark bay and stood 15 hands high. Pratt rode his new horse for the duration of the war and proudly brought him back to Wilson in June 1865. He returned to his life as a farmer on the Wilson-Burt Road. Billy became his chief workhorse as well as a much-loved friend. Every year on Decoration Day (now Memorial Day) and other patriotic holidays, Billy decked out in equestrian military regalia, joined the local parades. 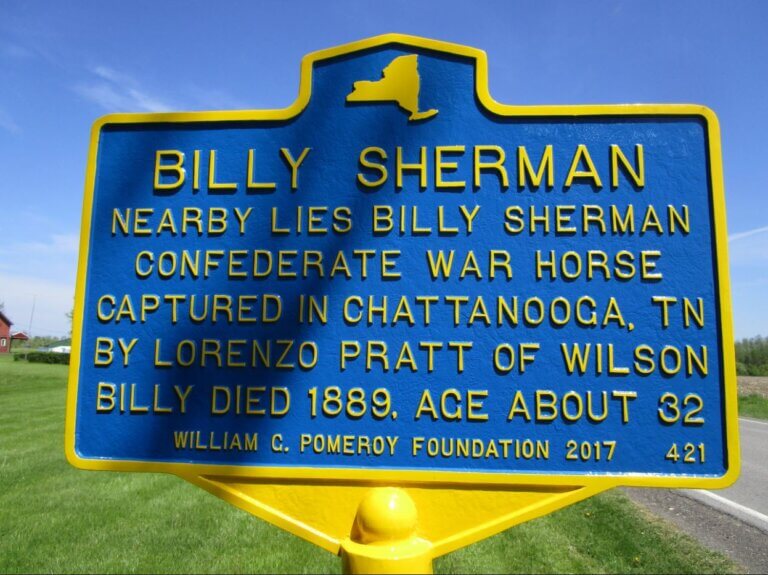 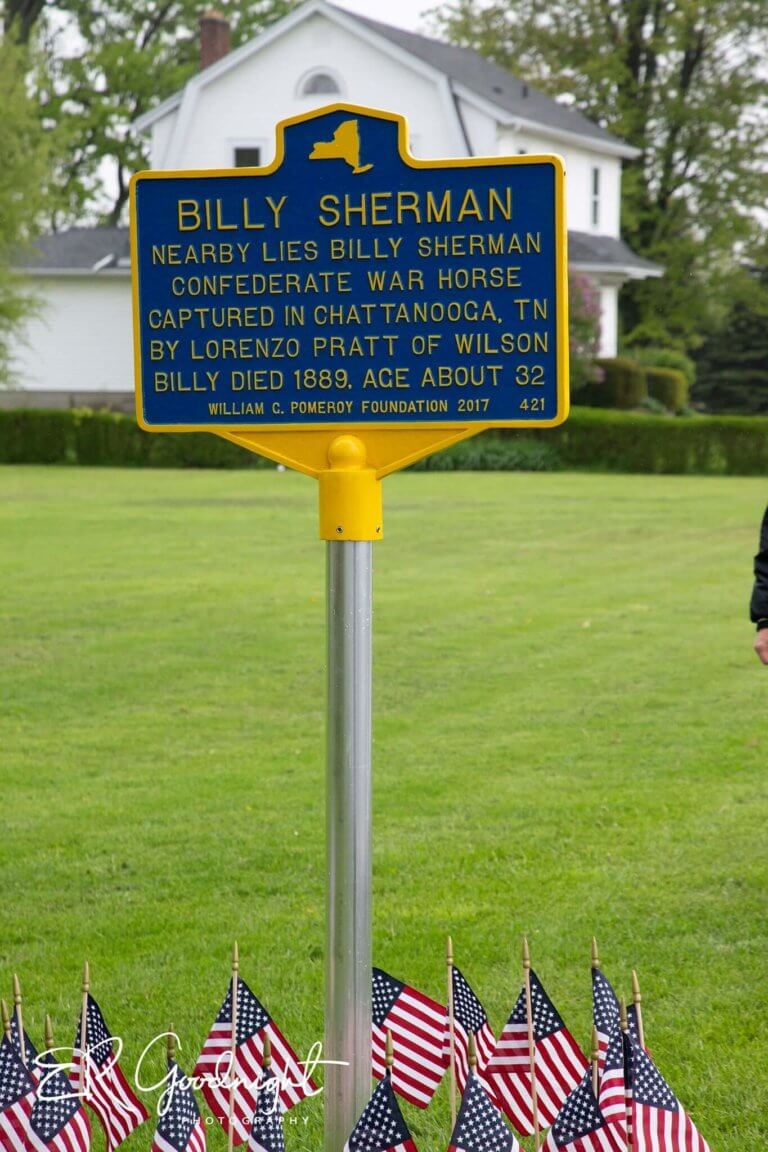