The initial settlement most likely began shortly after 1813 by people formerly enslaved by Peregrine Fitzhugh, who died in 1811. Abraham and Pen Bradington, along with their four children, were listed in the Valuation of Property when the Fitzhugh estate was settled. However, by 1818, Abraham Bradington was paying taxes on property in this area, completing the purchase of his first ten acres in 1819 and another ten in 1831. Names of other property owners are also found in the estate inventory. A vibrant Black community soon grew across 60 acres in this hamlet just west of Sodus Point. It was never given an official name, and many residents referred to it as the “colored settlement.” At least 15 men who lived in the Settlement served in the Civil War, with several losing their lives. It is now known as the Maxwell Settlement, taking its name from the local mill owner’s wife’s family name of Maxwell. 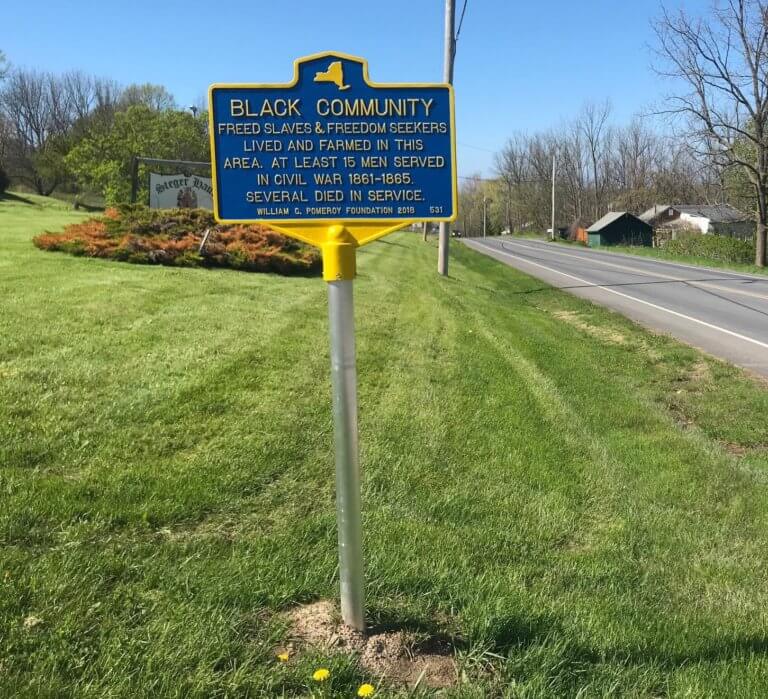 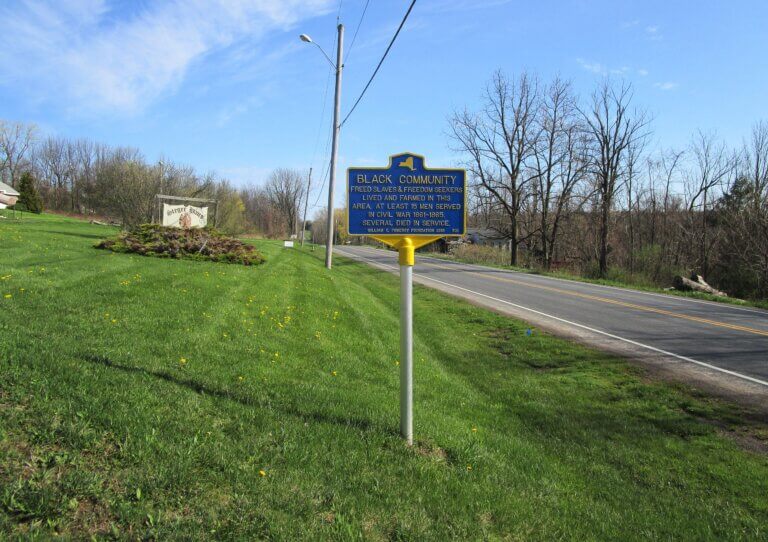