Ada “Bricktop” Smith, named for her red hair, was a legendary African American jazz singer who owned night clubs in Paris, Mexico, and the US. She was born in Alderson, West Virginia in 1895. She is said to have taught the Prince of Wales to dance the Charleston and that Cole Porter wrote “Miss Otis Regrets” just for her.

Bricktop was born on August 14, 1895, the youngest of four children to Robert Thomas and Harriet “Hattie” Smith. Due to her mixed African-American and Irish heritage, she was born with a head full of red hair. Tragically, Bricktop’s father passed away when she was 4 years old, causing her mother to move the family from Alderson to Chicago around 1900. This move would prove to be fortuitous for Bricktop. At the young age of five she launched her entertainment career at Chicago’s Haymarket Theatre in a production of Uncle Tom’s Cabin.

Once she turned 16, Bricktop left home to join a vaudeville act of African American performers touring across the Midwest. When the tour abruptly ended, she later joined a minstrel show which brought her to a Harlem nightclub named Barron’s. She caught the eye of club owner Barron Wilkins, who is credited with giving her the nickname, Bricktop, due to her bright red hair and freckles.

Jack Johnson, the first African American heavyweight champion of the world, offered Bricktop a job at his new Chicago club called Café de Champion. Following the cafe’s untimely closing, she traveled to Minnesota and California taking work at other clubs. When prohibition laws changed the nature of the American nightclub, Bricktop moved abroad to Vancouver, Canada to the Patricia Hotel. Once there, she performed as a singer and dancer with artist-in-residence, famed ragtime/jazz pianist Jelly Roll Morton. After a couple years, she returned to Harlem in 1922 to work for several club owners, including Barron Wilkins. During a visit to her mother in Washington, DC, Bricktop was recruited by a representative for the Le Grand Duc cabaret in Paris. In 1924, she left the US behind for her next chapter in Paris.

Once in Paris, Bricktop was shocked to see how small the clubs were compared to those in the US. Feeling distraught, she burst into tears only to be consoled by Le Grand Duc busboy, a then-unknown Langston Hughes. She was believed to be only the second African American female entertainer in Paris at the time, and soon Bricktop’s international career took off. She entertained many well-known people including famed writers F. Scott Fitzgerald, Ernest Hemingway, John Steinbeck along with composer Cole Porter. Upon seeing her perform, Porter asked if she could do the Charleston and if so, could she teach his friends. Bricktop agreed and booked lessons weekly with high society clients, including the Prince of Wales.

After a couple years exploring the Paris nightclub scene, Bricktop decided to go out on her own as an entrepreneur. Her first attempt to open a club was short lived due to licensing problems, but by 1926 her namesake, Chez Bricktop’s, was open for business. The following year, Bricktop met New Orleans saxophone player Peter DuConge, whom she married in 1929. Unfortunately the marriage hit the rocks soon after when issues concerning DuConge’s fidelity surfaced. After several years the couple split. Despite this, they never officially divorced and remained friends until DuConge’s death in 1967.

In the mid-1930s, the Great Depression hit Paris and Bricktop permanently shuttered her club. This, coupled with the death of her mother in 1938, left Bricktop with a nervous condition. The next year, England and France went to war with Germany and Bricktop returned to the US. Her reception back in her native country was not as warm as she expected. Paris proved to be more progressive towards racial integration than New York at the time. Bricktop faced hurdles based on discrimination she hadn’t experienced abroad. Seeking comfort, she converted to Catholicism and began attending mass.

Undeterred, Bricktop attempted to open a new club in New York, but was unsuccessful. According to her own accounts in her autobiography Bricktop by Bricktop, friend and heiress Doris Duke lent her money to set up a club in Mexico City in 1942. By 1949 Bricktop’s work papers had expired and, with the war over, she returned to Paris. War torn and no longer into the entertainment that Bricktop offered, she left Paris for Rome. Once there, she ran a successful club called Roman Chez Bricktop until the mid-1960s when she decided to retire. The New York Times commented on her departure stating,

Singing, dancing, cigar-smoking Bricktop, who has reigned as American nightclub queen in Europe for 40 years, announced her abdication today. ‘I’m tired, honey, tired of staying up till dawn every day,’ the 67-year-old, freckle-faced entertainer said.

Bricktop was beloved internationally not only due to her career but also because of her personality. In 1932, Cole Porter wrote a song for her, “Miss Otis Regrets She’s Unable to Lunch Today.” Just before she left Paris, Django Reinhardt wrote a song titled “Bricktop” in her honor.

The name of Bricktop’s club appears in literary works by Fitzgerald, Hemingway and Evelyn Waugh. She appeared in Jack Jordan’s 1974 film, Honeybaby, Honeybaby as herself. She also made a cameo appearance in Woody Allen’s 1983 film, Zelig. Bricktop was awarded an Honorary Degree from Columbia University in 1975. A few years later, the mayors of Chicago and Boston declared January 20th “Bricktop Day.” On her 88th birthday, she received birthday greetings from President Reagan and on her 89th birthday, Ed Koch, Mayor of New York City, award her with a “Certificate of Appreciation for Just Being Herself.” 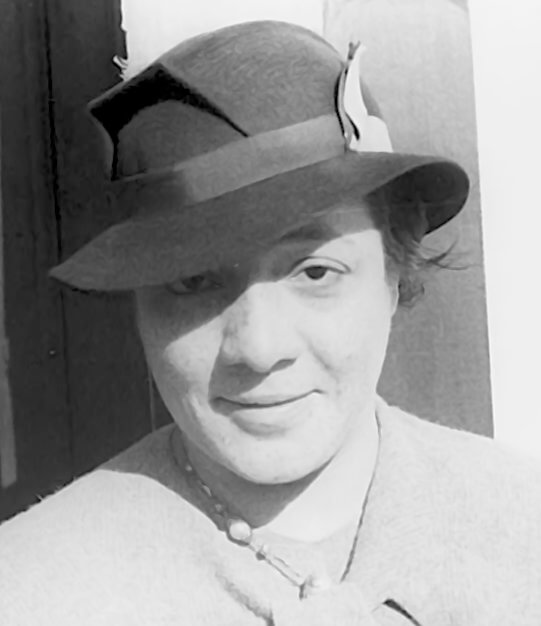