Founded in 1887 by Stephen R. Williams, who served as Suffolk Co. Superintendent of Poor from 1872-1880, the Brunswick Home was a privately-run home for disabled children and adults. The establishment was described as a handsome edifice, 250 ft. in length, containing a central building four stories high, surmounted by a cupola, and 75-ft. wings on either side. A historic photograph from the era corroborates the architectural description. A drawing in the collection of the Easthampton Library also depicts the addition of a hospital unit ca. 1930, which was part of a new construction program to make the Brunswick Home the largest private sanitarium and hospital within Long Island territory.

Although a sensational headline from a 1912 newspaper attributes a fire fatality at Brunswick Home to an insane “feeble-minded inmate”, The History of Suffolk County (1882) notes that patients were treated with kindness rather than harshness and the restorative treatment included pleasant outdoor weather.

In 1931 the Home became the Brunswick Hospital Center, which in addition to its general hospital functions, provided three other distinct divisions of care: nursing home, rehabilitation, psychiatric facility, as well as other community services.  The larger of two remaining private hospitals recorded by Long Island Business News in 2003, it boasted a 31-acre campus and its four divisions of care an aggregate 475-bed facility overall. The Center’s mission was dedicated to providing comprehensive, efficient and effective patient care within its established parameters. The hospital closed in 2005 and the building was demolished in 2012. 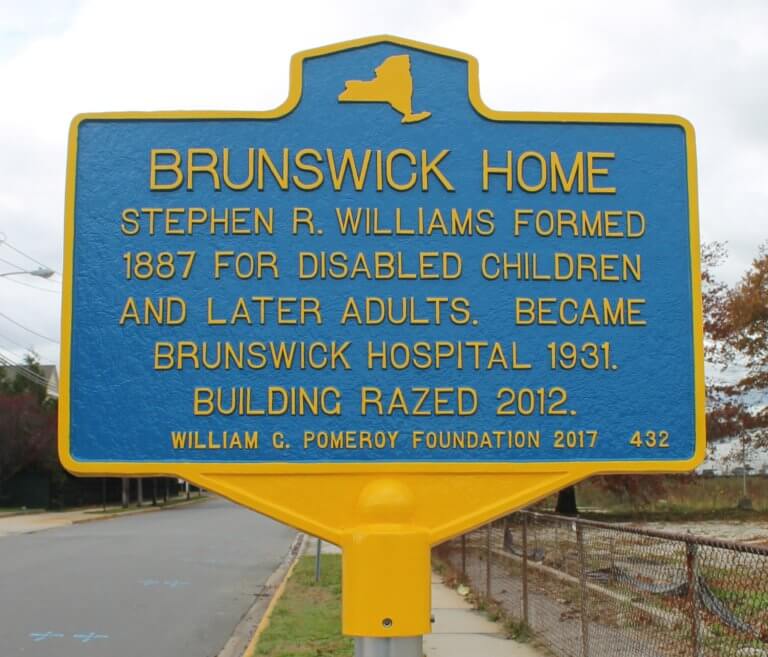 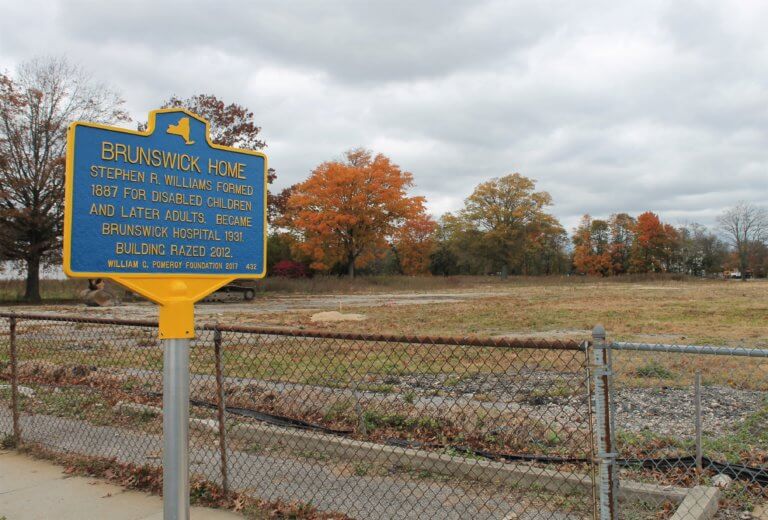