Established around 1740, this cemetery was the former burial ground for the South Haven Presbyterian Church. The meeting house moved from this site to the hamlet of Brookhaven in 1960.

According to Church history files, the original meeting house which dated from the time of the cemetery was thought to have burned to the ground.  The meeting house was built in 1828– although evidence of Colonial-era timbers suggest than an earlier structure may have existed. Rev. Ezra King recorded the cost of $1,959.04 that year with the construction cost partially financed by the sale of pews.

On December 29, 1960, under the leadership of the Rev. Charles Kellogg, the historic South Haven Church building was moved from its original location at the “’goin’ over’ of the Carman’s River” to the present location in Brookhaven. As of 2019, Old South Haven Church remained an active Presbyterian congregation within the Presbytery of Long Island. 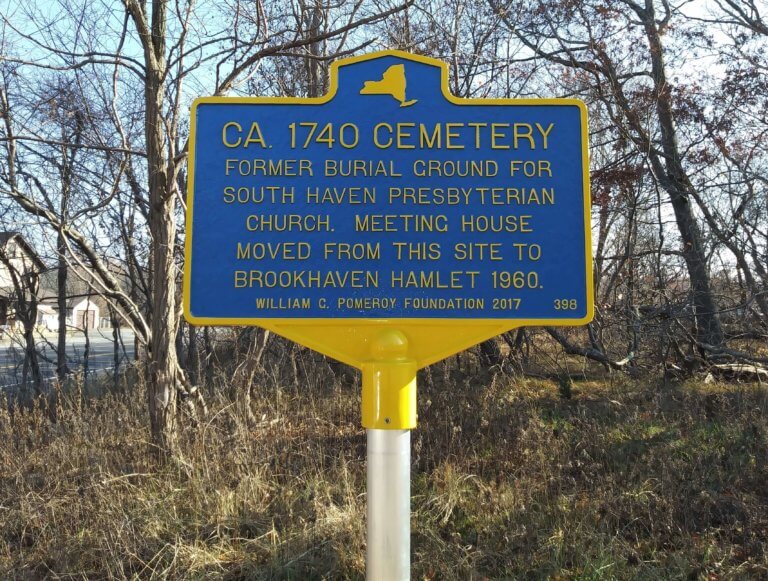