Construction of the Erie Canal began in 1817 with its goal to create a direct trade route for the transportation of goods and people from the East Coast to the Great Lakes. Businesses sprouted up along the canal route to repair boats, supply travelers with basic necessities and receive goods brought along the canal. The site of one such business, a store house and dry dock, lies just a mile north of Chittenango, New York.

The store house and dry dock were operational from the initial opening of the Erie Canal in 1824 until the canal was enlarged in 1855, altering its route to be closer to the Village of Chittenango.

Dry docks were created to service canal boats off the main waterway. These docks offered a spot where repairs could be made on canal boats without interfering with traffic along the canal. Businesses providing a variety of goods and services for canal travelers were typically located near dry docks, including storehouses which held goods and supplies. A store house featured in a 1949 newspaper advertisement was reported to be selling “all kinds of Goods [and] Agricultural Produce.” A July 27, 1967 Madison County Times article states that by 1836, “there was a tavern, several houses, a large and convenient basin and dry dock and an extensive boatbuilding concern, not to mention the usual canal grocery and warehouse,” all near the landing.

When the Erie Canal was rerouted in the 1850s, the dry dock and store were no longer used by canal travelers. As of 2019, no traces are left of the former structures. 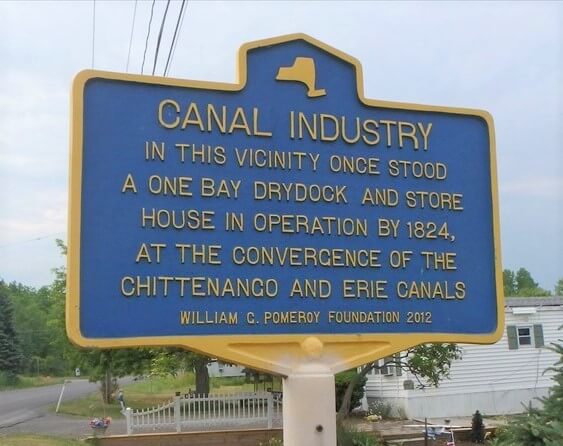 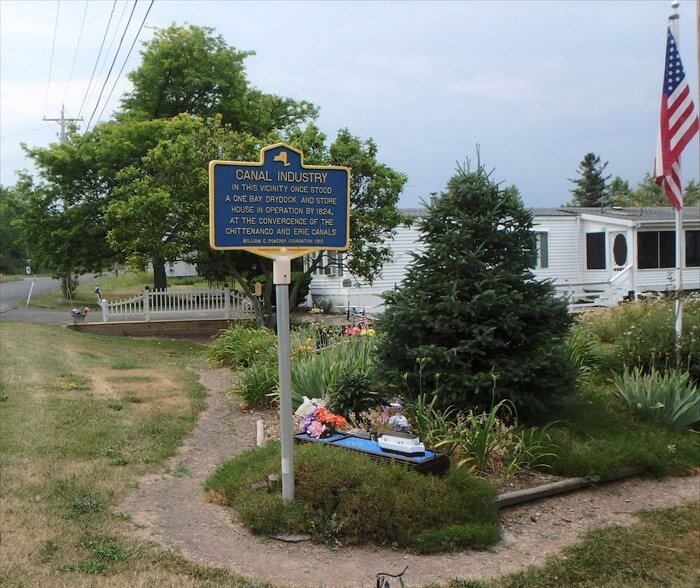