The October 2, 1867 issue of Cazenovia Republican relates a meeting of community members held September of 1867 to discuss the possibility of a railway connection with the New York Central railroad. After much debate, they decided to construct a rail line to operate between Cazenovia and Canastota. Three years later, the Cazenovia Republican announced that the foundations for the freight and coal houses of the Cazenovia and Canastota Railroad were laid and under construction. It also detailed the installation of a turntable, a device which allowed locomotives or other rail cars to easily turn from one direction to another.

The Cazenovia Republican announced on December 7, 1870 that the train was now offering regular trips between Cazenovia and Canastota. It was not long before locals saw the advantages this new rail line brought them. The December 14, 1870 issue of Cazenovia Republican explained some of these benefits: merchants could purchase products at a cheaper rate and entrepreneurs could open stores along the route. Local residents were finally able to compete with other businesses and prices on a statewide level. An 1875 atlas of Madison County, NY illustrates that by this time, Cazenovia was home to a train depot, coal yard, and an engine house. It also shows that the rail way successfully connected Canastota with the larger New York Central and Hudson River Railroad.

According to the Annual Report of the State Engineer and Surveyor of the State of New York, the railway went into foreclosure in 1873 and was sold. Following the sale, it was reorganized, with the railway extended to DeRuyter in 1874. Over the next few years the railroad was consolidated into the Elmira, Cortland and Northern Railroad, or EC&N RR. Now part of EC&N, Cazenovia’s “old train shed” was demolished in order to make way for a brand new train depot in 1894 (Cazenovia Republican, 29 Nov 1894). The new depot was “a rectangular, gable-roofed, largely clapboarded, one and one-half story building” (Lehigh Valley Railroad Depot, National Register of Historic Places form, 1991). The Cazenovia Republican details that the yet to be built depot would include a ticket office, telegraph instrument, baggage room and a large waiting room for passengers of both genders. The old depot provided separate waiting areas for men and women. The article further notes that the depot “will be one of the handsomest and most convenient stations on the road.” 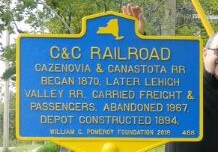 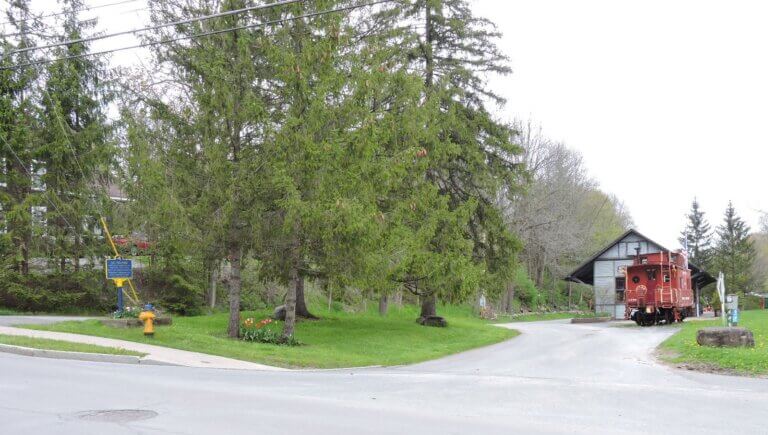 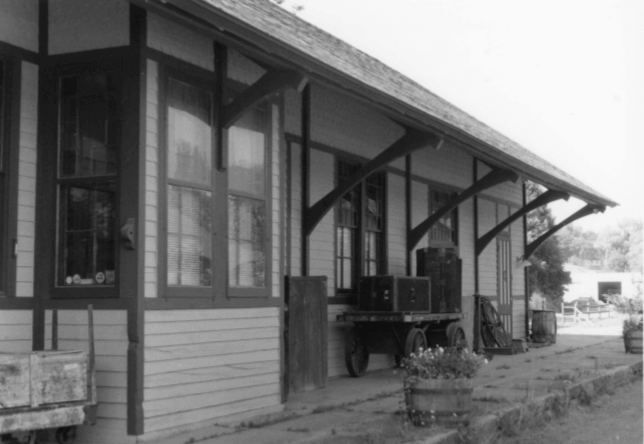