Considered one of the foremost American poets of his day, William Cullen Bryant (1794-1878) was also an attorney, newspaper editor and civic leader. In 1825 he became the editor of the New York Review and moved to New York City. The following year he joined the New York Evening Post and subsequently became editor-in-chief from 1829 and then part owner until his death. Cedarmere was originally a farmhouse built in 1787. Bryant purchased the estate in 1843 as a country retreat from New York City and named it “Cedarmere.” The estate was donated to the Nassau County Department of Recreation, Parks and Museums in 1975 upon the death of Miss Elizabeth Love Godwin, a descendant of Bryant.

Cedarmere was jointly listed on the National Register of Historic Places with Clayton in 1986. According to the National Register nomination, Clayton, the bulk of the property, is the large landscaped Bryce/Frick estate, now home to the Nassau County Museum of Art. Cedarmere, the smaller of the two, is William Cullen Bryant’s estate, is located on the west side of Bryant Avenue, overlooking Hempstead Harbor. That all of Cedarmere and most of Clayton were part of Bryant’s original purchase historically is the basis of the joint listing. The two combined properties, with input from several notable architects, illustrate the development of estates on the North Shore of Long Island over a period of nearly a century.

According to the Friends of Cedarmere website, the 7-acre museum and historic site includes a pond, boathouse, house, mill, gardens, and a spectacular landscape designed by Bryant himself.  Here, Bryant sought sanctuary from the congestion and chaos of the city, where he could rest, work on his poetry, and spend time surrounded by nature. In the 17th century, Richard Kirk, a Quaker farmer, maintained a settlement here; the original house dates from 1787. The property passed to William Hicks and, in 1836, to Joseph A. Moulton. William Cullen Bryant purchased the 40 acre property in 1843, naming it “Cedarmere” after the cedar trees which ringed the pond (or “mere” as it was then called). Throughout the 1840s and 1860s, Bryant purchased additional land and expanded the main house.

Originally a two and a half story clapboard structure with a kitchen wing, Bryant altered it several times over the years; the most extensive renovations occurring 1860 -1861, when it was enlarged to three and a half stories with an extensive kitchen wing.  A gambrel roof, bay windows and latticework porch supports were added ca. 1866.  In 2013, a grant from the New York State Environmental Protection Fund was used by Nassau County for major renovations and painting of the house exterior. The Friends and the Roslyn Landmark Society have since contributed funds for additional interior and exterior renovations.

Additionally, the 19th century mill Bryant commissioned in 1862 replaced the 1770 original. Constructed in the Gothic Revival style, it stands near the reflecting pond. The Mill’s exterior underwent major restoration in 2013 under the supervision of the Roslyn Landmark Society, with funding from the Gerry Charitable Trust.

As of 2019, Cedarmere was a museum and historic site operated by the Friends of Cedarmere, Inc., a volunteer, non-profit organization which aims to promote, encourage and actively assist in the preservation, restoration and maintenance of the historic gardens, main house, and outbuildings. 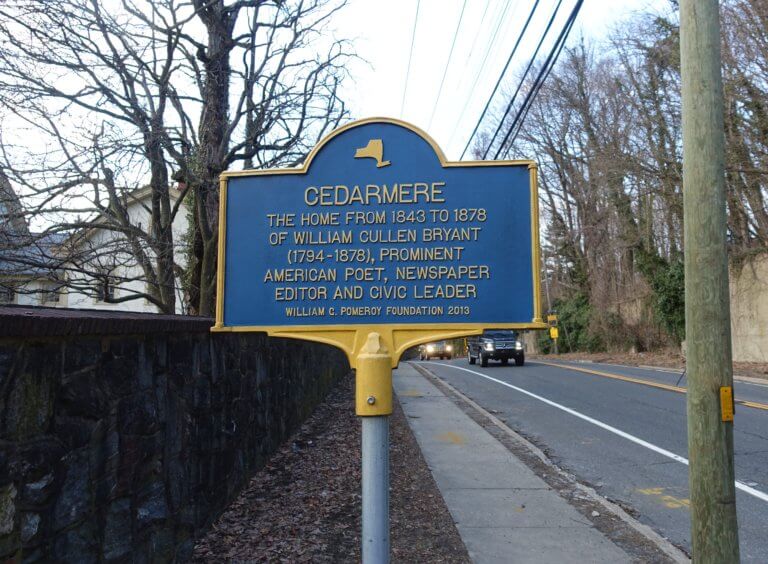 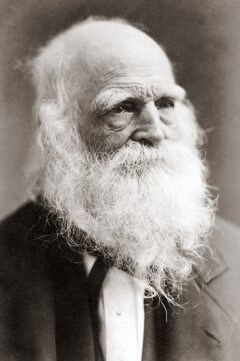