In the early 1800s the Village of Harrisville, NY was established, however due to its isolated location it lacked resources, commerce and population. This began to change in 1854 with the arrival of Joseph Pahud, a Switzerland native, moved to the area and began to invest and conduct business. Pahud immigrated to the United States in 1847, when he was just 23 years old. He originally lived and worked in Diana, NY, until 1854 when he moved to Harrisville, NY.  Within his first few years he purchased 17,000 acres of land and founded several businesses (1805 History of Lewis County, Franklin B. Hough, 1883).

One such business was a chair factory he created in 1859 (1805 History of Lewis County). Little is known about the factory due to its location and lack of record keeping. According to the Atlas of Lewis Co., New York (1875), the chair factory consisted of two buildings. One on the edge of the Oswegatchie River and the other on a peninsula along the same river. In a 1912 map of the Town of Harrisville, the factory building on the peninsula is marked as vacant, while the other building appears to be a planing mill (Cultural Resources Survey Report of Pahud Mill Complex, Jul 1983). The next set of information available about the chair factory is a set of United States Geological Survey maps. In one dated 1916, the chair factory building on the peninsula is no longer standing (Cultural Resources Survey Report). Verne Wicks, a Harrisville business man who operated a local grist mill in the early 1900s, said in an interview conducted by the Survey Report (1983), that the site of the chair factory was used as a planing mill during the 1930s. This mill was called the Kilbourn Planing Mill and it was active until the 1950s.

Interestingly, the industrial census of 1860, 1870 and 1880 make no mention of a chair factory. In the 1983 Survey Report that was conducted it stated that, “the census of 1870 mentions a shingle factory which may have been another function of the ‘chair factory.’” Many historians hypothesize that perhaps the function of that particular site changed as needed. In the 1980s, the surviving remains of the site consisted of timbers, concrete footings and a wood platform. The concrete footings indicate that the building was likely rebuilt after its initial construction (Cultural Resources Survey Report). 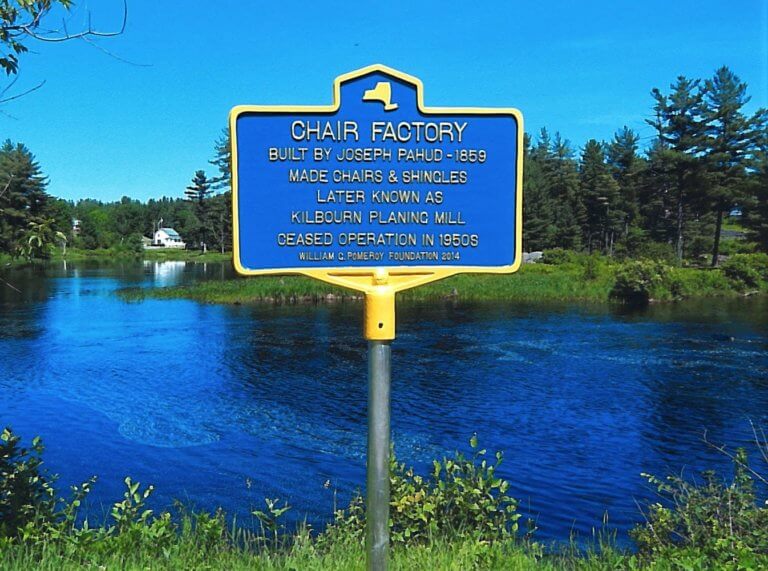