Charles W. Follis was born on February 3, 1879, in Virginia. His family moved to Wooster where he attended Wooster High School and helped establish the school’s football team. In 1901, Follis enrolled and played baseball at the College of Wooster and played football for the Wooster Athletic Association where he earned the nickname “The Black Cyclone from Wooster.” In 1904, Follis signed a contract to play football with the Shelby Athletic Club, making him the first African-American professional football player. Follis faced discrimination on and off the field leading to many injuries. After a career-ending injury in 1906, Follis played baseball for the Cuban Giants of Long Island. He died of pneumonia in 1910 at the age of 31 and is buried in Wooster Cemetery. 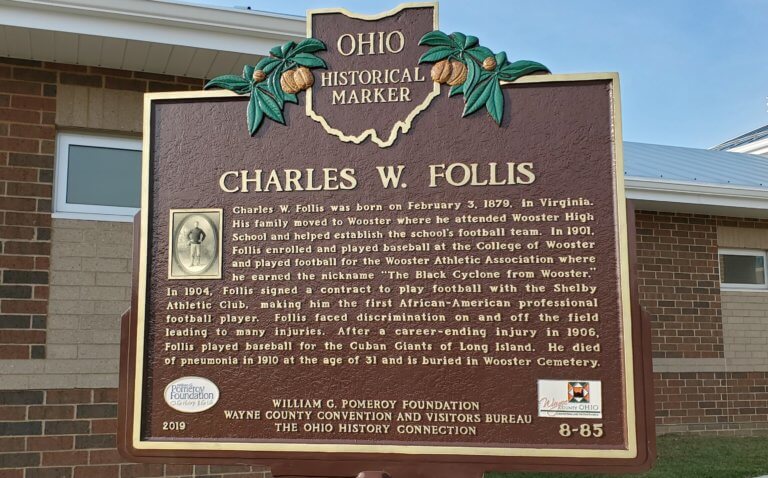 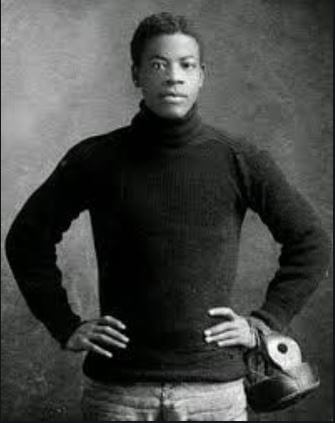