Charles Reed Bishop was an American businessman and philanthropist born in Glens Falls, New York. After his parents’ deaths, he lived and worked on his grandfather’s farm. At age 24, he sailed to Hawai’i on his way to Oregon, but instead made his home on the islands. After the death of his wife Princess Bernice Pauahi, her will and Bishop’s wealth established the Kamehameha Schools for students of Hawaiian ancestry. Bishop also founded the Bernice Pauahi Bishop Museum and Hawai’i’s oldest bank, known as First Hawaiian Bank.

Samuel Bishop, Charles’ father, worked as a toll collector on a bridge over the Hudson River near Glens Falls. In his toll house on the bridge, his wife, Maria Reed Bishop, gave birth to Charles on January 25, 1822. Samuel later died while his son was still a child. (Adirondack Journal, 2013) Maria died on May 14, 1824, two weeks after giving birth to Charles’ brother, Henry Botswick Bishop. Charles was taken in by his grandfather, Jesse Bishop. Jesse also collected tolls from the Lake George-Warrensburgh New York toll road, but additionally he ran a foundry, a blacksmith shop, and a 125 acre farm. This farm was located in what is today Warren County in the northern part of Lake George, then called Caldwell. (Map, E.A. Balch & W.O. Shearer, 1858) Under his care, Charles attended school, worked on the farm, and also assisted in maintaining toll records. (Kent, 1965) Soon, he was hired as a clerk for the merchant company of Nelson J. Warren, son of James Warren after whom Warrensburgh was named. (Adirondack Journal, 2013)

In his early twenties, Charles worked as a store clerk in the village of Sandy Hill, near Glens Falls. Anxious to leave their quiet hometown, Charles and his close friend William Lee, a Harvard graduate, decided to head west to Oregon to seek new fortunes. At the time, the Oregon Territory was experiencing a gold rush and was a hotspot for American settlers. However, their voyage around South America and across the Pacific was rough and did not go as planned. By the time they reached Honolulu on October 12, 1846, the ship they had spent 8 months on, had to stay docked for several weeks to make repairs. While Bishop and Lee were enjoying their respite from the waves, they soon made friends with local investors and settlers who encouraged them to stay. They agreed and soon Lee, with his graduate education, was appointed an appellate judge in the Hawaiian Kingdom’s judicial system, which was in the process of being reorganized. Charles, on the other hand, got a government position sorting out the records of the first sugar company on the islands, which had gone bankrupt. Later, in 1847, he became a clerk at the U.S. Consulate in Honolulu.  (Kanahele, 2002)

While his friend’s career on the islands seem to take off immediately, Charles, feeling restless working as a clerk, gave notice to the local papers on January 6, 1849, that he intended to leave. Another possible reason for his seemingly sudden decision is that he felt unable to pursue a relationship with Princess Bernice Pauahi, whom he had met and courted during the previous two years. As a member of the Hawaiian nobility, called the Ali’i, Pauahi had been betrothed as a child to another noble by the name of Lot Kapuāiwa, who later became King Kamehameha V. As a result, her relationship with Bishop was strongly opposed by her family and the Hawaiian monarchy. Within two months, however, Bishop changed his mind on the advice of his friend, Lee. (Kanahele, 2002)

Soon, Bishop’s fortunes changed rapidly. On February 23, 1849, he was given the job of Collector of Customs for the Kingdom of Hawai’i. This was an especially prominent post given the importance of customs to the Kingdom’s revenues. Several days later he was granted citizenship in the Kingdom of Hawai’i. (Index to Naturalization Record Book, Hawai’i State Archives) His personal life experienced a boon as well when Lot wrote Pauahi a letter relinquishing her from their betrothal and supporting her decision to marry who she pleased. (Kanahele, 2002) While her parents still opposed their relationship, Bishop and Pauahi nonetheless married in a modest and brief ceremony in the parlor of the Royal School on June 4, 1850. (Marriages, Oahu Island, Hawai’i State Archives)

By the end of the 1850s, Bishop’s career advanced relentlessly. In August of 1858, Charles and his business partner closed their former store and opened a bank in downtown Honolulu, called Bishop & Company. Within five months they repaid their startup loan and were turning hefty profits. Bishop & Company would later become First Hawaiian Bank, the oldest bank in the state of Hawai’i. (Kanahele, 2002)

In addition to his burgeoning business career, Bishop was increasingly roaming the Kingdom’s halls of power. In January of 1859 he was appointed to the Privy Council of King Kamehameha IV, and a year later he was named a member of the House of Nobles, the upper house of the Kingdom’s legislature. Combined with his marriage to Princess Bernice Pauahi, Bishop had essentially become an honorary member of the Hawaiian nobility. (Kanahele, 2002)

However, his economic interests as an American banker invested in the sugar industry would eventually come into conflict with the indigenous people of his adopted nation, including his wife. As early as 1853, Charles expressed support for annexation of the Hawaiian Kingdom to the USA in a letter to a colleague, and over the years this position became more entrenched. With the decline of whaling in the 1860s, sugar plantations became the main driver of the Hawaiian Kingdom’s economy, and Bishop and his bank were early investors in this industry’s expansion. During the 19th century, the native population precipitously declined due to disease and displacement, while foreign, primarily American, capitalists like Bishop, referred to as ‘haole’ by native Hawaiians, steadily gained more control of the economy and government. (Kanahele, 2002)

This contradiction came to a head in 1873, when Bishop, acting as minister of foreign affairs, proposed a reciprocity agreement with the United States that would cede Pearl Harbor in return for duty free access to the U.S. sugar market. While most Hawaiian citizens of all races supported negotiating a trade deal with the United States, native Hawaiians were overwhelmingly opposed to surrendering sovereignty over any part of their territory to another government. As a result, the country erupted in protests and rallies against the treaty. Even the Hawaiian-English newspaper Nuhou wrote a scathing criticism of the proposal, accusing Bishop of turning the Foreign Office into a “real estate brokerage.” This also nearly caused a rift in his marriage with Pauahi, but it became a moot issue when the King withdrew the proposal in response to the mass demonstrations. Nonetheless, a similar reciprocity treaty would end up being pushed through in 1876. (Kanahele, 2002)

In addition to his deep involvement in finance and politics, Charles became involved in education, and was appointed the President of the Board of Education in 1874. Through this post both he and Pauahi became intimately aware of the state of education in the country. He supported the teaching of the Hawaiian language alongside English during his tenure, however his eventual successor Walter Gibson would later enforce an English only policy in public schools, to the extreme detriment of indigenous culture. In 1883, Pauahi’s cousin, Princess Ruth Ke’elikolani, died. Ruth was the wealthiest woman in Hawai’i at the time, and left her entire estate, the majority of the Kamehameha dynasty’s lands, to Pauahi. Bishop’s wife was now the largest landowner and richest woman in the Hawaiian nation. Pauahi penned her will to bequeath all her land for the founding of a school for native Hawaiians. Only a year later, on October 16, 1884, Princess Pauahi died of cancer with Bishop at her side. She was buried next to her cousin Ruth in the Kamehameha Mausoleum. (Kanahele, 2002)

The Kamehameha dynastic lands were, through Pauahi, inherited intact by the new school, which also received generous financial support from Bishop. The institution continues to operate as of 2019 as the Kamehameha Schools. While the indigenous population of Hawai’i reached a low point during Bishop and Pauahi’s era, the population would increase five-fold in the many decades which followed, and the Kamehameha Schools would play an important role in providing education for these new generations. (Kanahele, 2002)

Despite Bishop’s previous support for annexation, he moved to San Francisco to pursue banking endeavors there when the Hawaiian Kingdom was overthrown by foreign business interests and their conspirators in the government. However he maintained involvement in his Hawaiian businesses remotely. He died in San Francisco on June 7, 1915 and his ashes were shipped to Honolulu where they were laid to rest next to his wife Pauahi in the Royal Mausoleum in Nuuanu. (Official Publication of the Chamber of Commerce of Honolulu, 1915) The year before his death, his childhood home in Lake George was still known as the “Bishop Lot” in local deeds. (Warren County Clerk’s Office, 1914)

Bishop’s origins in upstate New York were celebrated in Glens Falls in 2008. On the August 21 of that year, the 49th anniversary of Hawaii’s admittance to the union as a state, the city hosted Hawaiian themed festivities including hula dancers, a luau, and a large model volcano which “erupted” in conjunction with fireworks. (Post-Star, 2008) 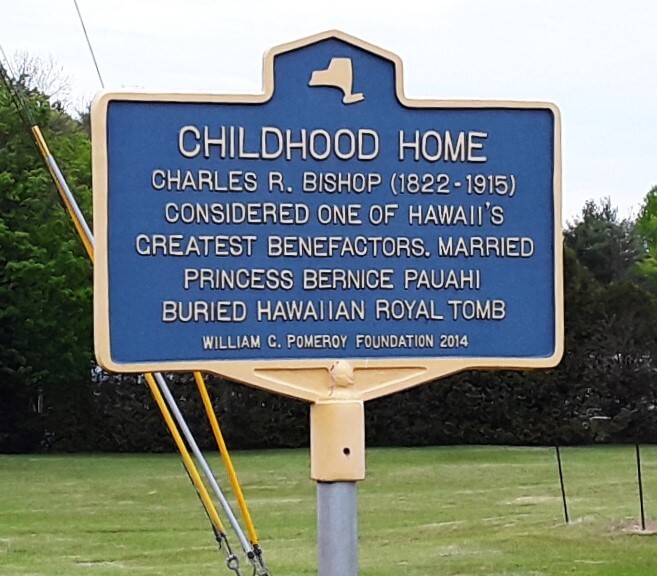 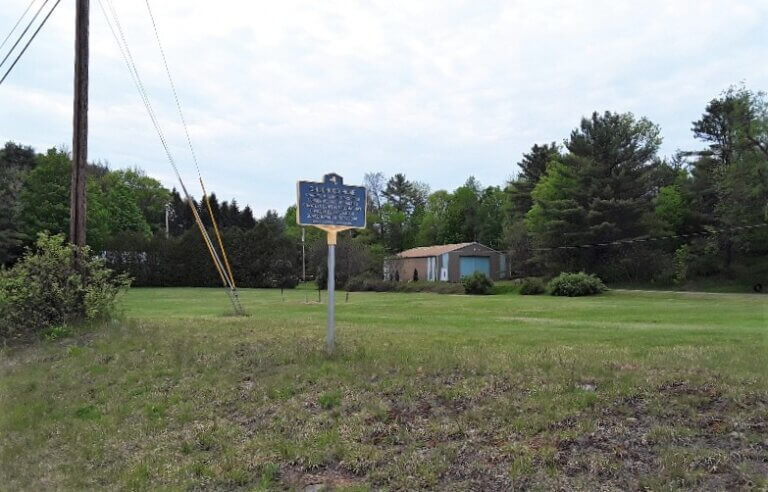 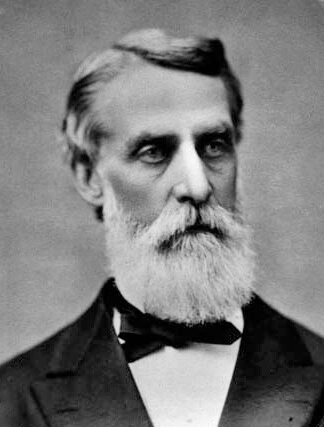