Located along North Main Street in the Village of Homer is the childhood home of Amelia Jenks Bloomer, a leading suffragist, abolitionist, temperance advocate and journalist.

Amelia Jenks Bloomer was born on May 27, 1818 to Ananias and Lucy Webb Jenks, early residents of Homer. According to her biography on the National Women’s History Museum website, she only had a few years of schooling before going on to work as a teacher for students in her community. In 1840, she married Dexter Bloomer, editor and co-owner of the Seneca Falls County Courier newspaper. The newlyweds moved 50 miles northwest to Seneca Falls, NY.

Bloomer established one of the first newspapers for women in 1849 entitled, The Lily. With a yearly subscription for only 50 cents, its initial goal was to promote temperance. The paper began as a journal distributed to members of the Seneca Falls Ladies Temperance Society (Accessible Archives website, 2019).  Over time the journal evolved into a newspaper encouraging abolition, women’s suffrage, higher education for women and marriage law reform (National Women’s History Museum website). According to Women’s Rights National Historical Park website, prominent suffragist Elizabeth Cady Stanton wrote for the paper under the pseudonym ‘sunflower’ for a few years. In 1851 Bloomer is credited for introducing Susan B. Anthony to Elizabeth Cady Stanton in Seneca Falls. The two women became fast friends and together would help lead the women’s suffrage movement forward.

Women’s fashion during the mid-1850s centered on corsets and dresses that would morph women’s bodies into an hourglass shape. As a result, many women suffered health issues due to the restrictions on internal organs. It was in this fashion landscape that Bloomer introduced a new style of dress she called pantaloons. Pantaloons were essentially a knee-length dress paired with loose pants. Later this outfit was renamed “bloomers” after her. As recounted on the National Women’s History Museum website, “the circulation of The Lily rose from 500 per month to 4,000 per month because of the dress reform controversy.” Many men, as well as women, were against bloomers because they challenged their concept of gender fashion norms.

Towards the end of 1853, Bloomer and her husband moved to Mount Vernon, Ohio, where she continued to edit The Lily over the next year. Another move, this time to Council Bluffs, Iowa, prompted her to sell the paper due to lack of an available printing press (Women’s Rights National Historical Park website). While in Iowa, Bloomer supported the creation of Soldier’s Aid Society, established to help Union soldiers during the Civil War. Later, from 1871 to 1873 she served as President of the Iowa Woman Suffrage Association (National Women’s History Museum website). 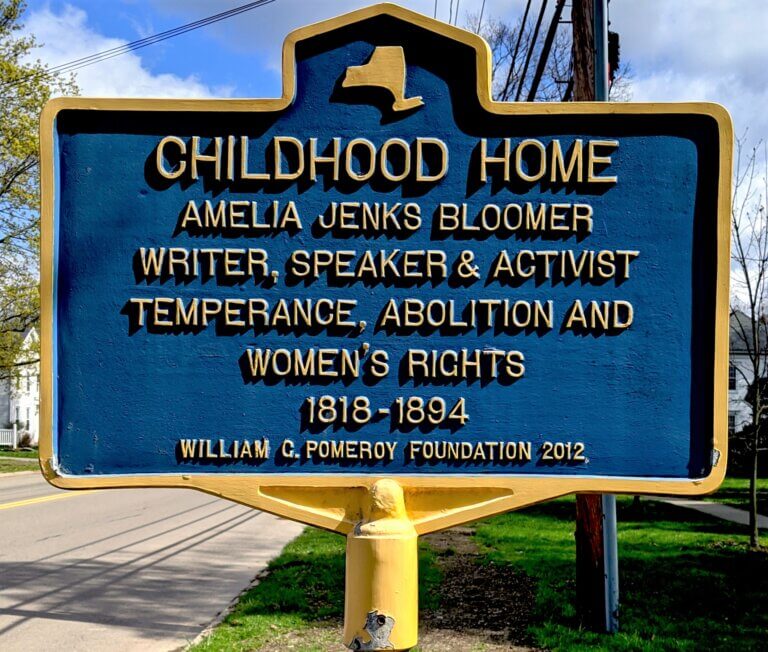 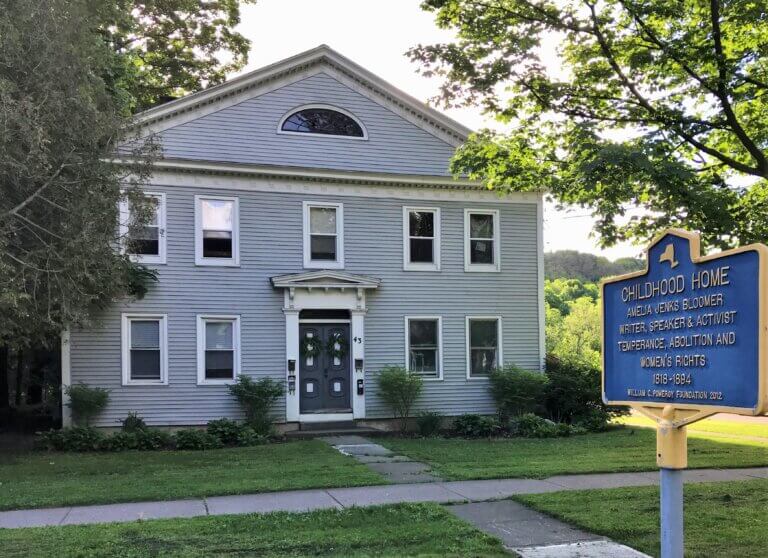 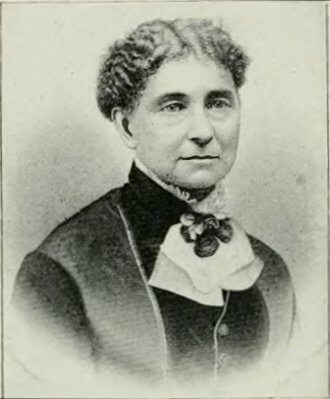