Built by Hezekiah Lee in 1865, the Choconut Mill, was one of the early forms of industry in the Town of Vestal. Bordering the Choconut Creek, this mill produced flour from a variety of different grains. While under the ownership of Anson Dewey, the mill was razed by a fire in 1874. Ten months later the mill was rebuilt and in operation. The mill closed for good by 1910. 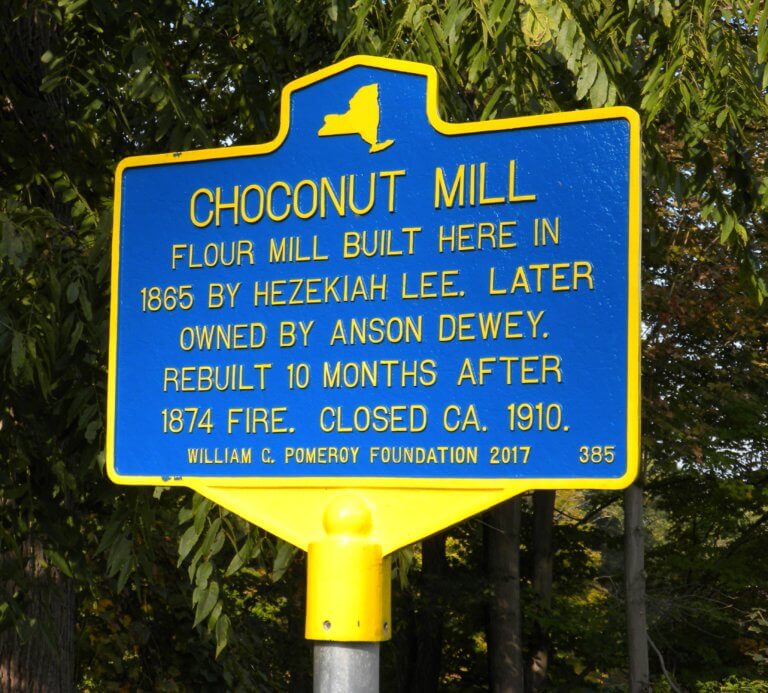 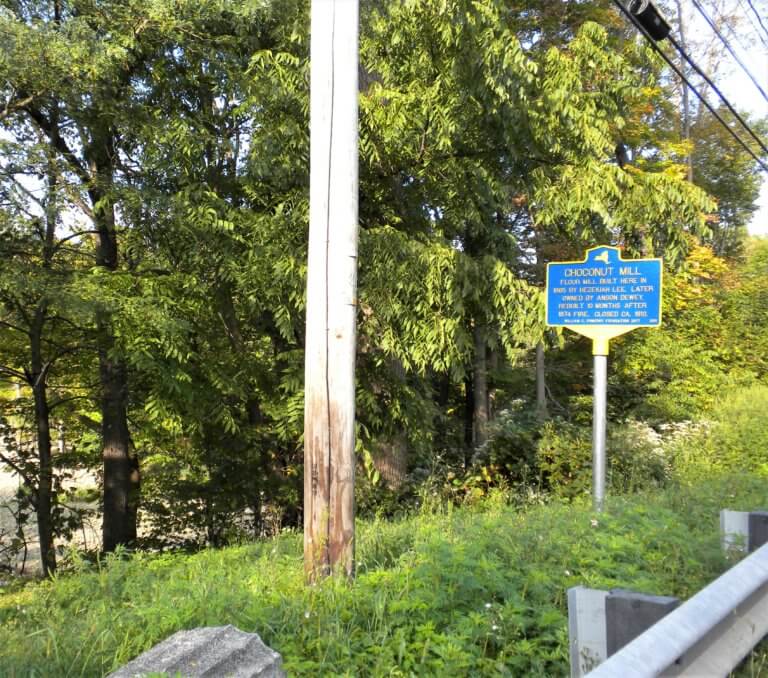