As the hamlet of New Woodstock, New York grew during the late 18th and early 19th centuries, the building which would first house the First Methodist Episcopal Church was built.

The Methodists in New Woodstock began to meet regularly during the early 1830s. The religious society was officially incorporated and recognized by Madison County in May of 1836 as the First Methodist Episcopal Church in New Woodstock Village (County Record, 10 Feb 1834). Church trustees purchased land and initiated construction of a church building (Deed, 19 Jun 1836). By 1841, construction was finally complete. Church minutes indicate that by 1842 their annual meeting was held on premises. Over several years the church underwent a series of renovations in order to better accommodate the community and its members. By the 1880s the church counted approximately 40 locals as members. (History of Chenango and Madison Counties, NY, James H. Smith, 1880)

As of 2020, the original church building remained home to the New Woodstock Free Library. 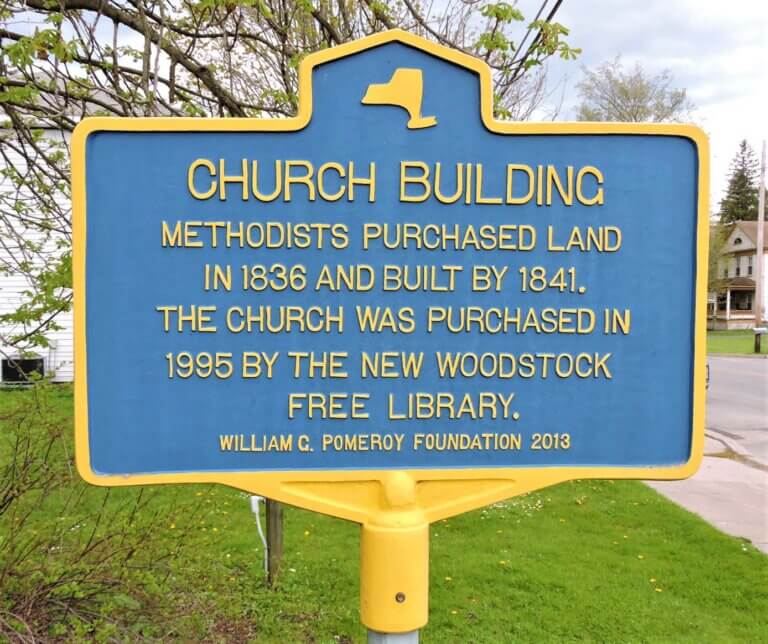 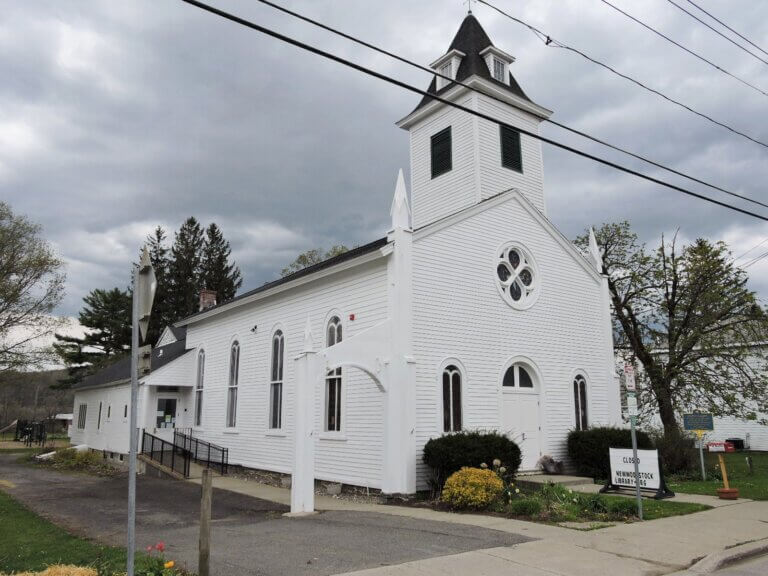