The hamlet of Clintonville is located on the Au Sable (now known as Ausable) River, a short distance from Lake Champlain. A once-bustling industrial community, from 1833 to 1890 it was home to the Peru Steel & Iron Company. Powered by the river and using locally sourced iron ore from Arnold Hill, Palmer Hill, and the Winter mines, Peru Iron specialized in the production of wrought iron and anchors. At its height the company possessed one of the region’s largest bloomery forges until the 1890s, when it ceased operation. These bloomery forges were built specifically to remove impurities from the iron ore in a process called smelting, leaving a solid piece of metal. Little evidence exists today of Clintonville’s former industry.

The first person credited with finding iron ore in the area is George Shaffer. The History of Clinton and Franklin Counties, New York (1880) states that Shaffer had been a farmer along the Au Sable River when he found ore around 1800 in what would become known as the “Winter Ore Bed.” It is then stated that it would take another eight to ten years for other ore beds, such as the Arnold and Palmer beds, to be found. The discovery of this natural resource was then the reason “that a great iron-manufacturing establishment had been built up at Clintonville.”

The beginning of what would become the Peru Steel & Iron Company occurred around 1810 when a man by the name George Griswold erected a dam on the Au Sable River. Along with the dam, Griswold was said to have built what some consider the first forge on the river, accompanied by two fires and a grist-mill. The land and forge was then acquired by what would become the Peru Steel & Iron Company, which, according to a Plattsburgh Republican article from September 14, 1833, was the largest forge at the time with 16 fires. In comparison, the article stated that the average forge housed between two to six fires.

The article also details the process that iron ore goes through before the final product is achieved, stating that it relies heavily on hydraulic power. There were two reasons for this specific necessity, the first being the need to produce a suitable blast to maintain the forge fires. The blast was moved throughout the length of the forge and regulated with controls by workers. The second reason hydraulic power became essential had to do with the functioning of the hammers that were used to pound the iron bars into shape. Connected to handles that were between eight to nine feet long, the hammers could weigh up to 1000 pounds and needed a significant source of power to rotate. The hammers would then be connected to the shafts of a water wheel and would raise and fall as the shafts rotated.

Iron ore used in the forge came from multiple beds, but Iron in New York (2018) states that Palmer Hill was the primary source for the Peru Steel & Iron Company. The hill was actually shared with another company, J. & J. Rogers Co. Iron Co., and Peru Iron had access to the eastern side. Mined as early as 1825, Iron in New York stated that there were at least 60 miners employed by Peru Iron at the hill, and from 1865-1882, there was at least 228,443 tons of ore mined. That averaged to about 12,700 tons per year. 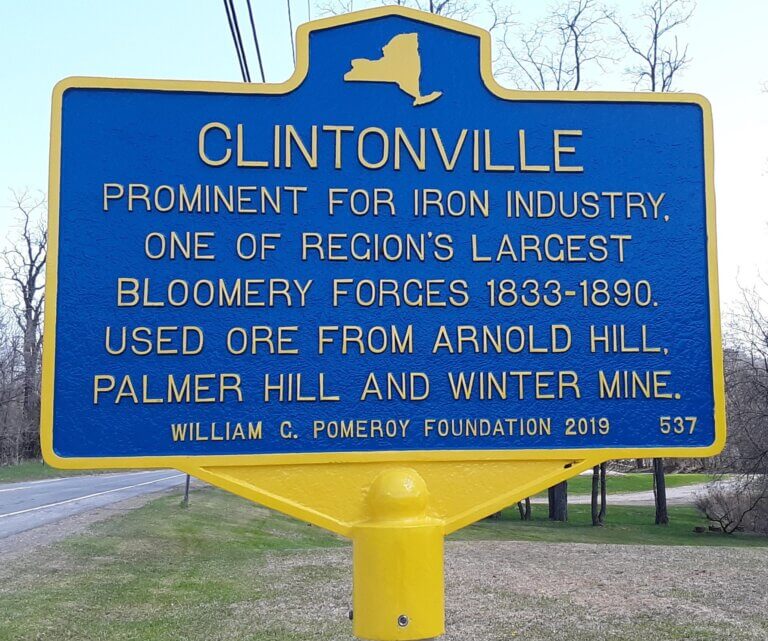 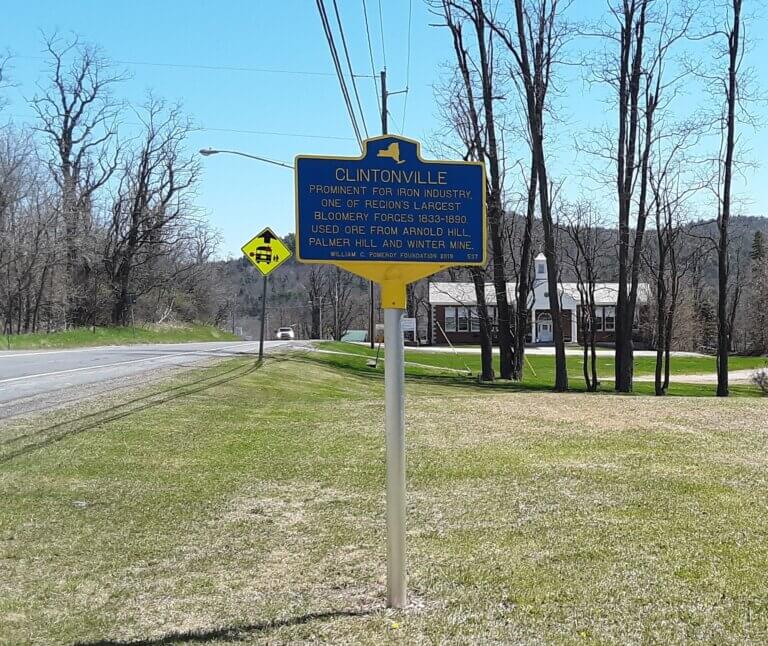