The practice of conjuring was popular in the American South throughout the time of enslavement and, after the Civil War, it continued to expand and take on new forms. It originally grew from Obeah, which is said to be the practice of using supernatural forces for one’s own personal gain. Obeah came from the West Indies and cas it moved into the South, picked up more European influences and shifted away from the more sinister undertones it was known to possess. Combining with traditional European beliefs on witchcraft and herbal lore, conjuring became a new force all its own and was believed to be able to do multiple things, including establishing good or bad luck, telling the future, retrieving lost items, inducing sickness or death, or healing those afflicted with ailments.

Conjuring was popular throughout the South, and in North Carolina, there was one man known as Doctor Jim Jordan who became famous for his ability to help people. Born June 3, 1871 as James Spurgeon (Jim) Jordan in Como, North Carolina, Doctor Jim was said to use his abilities only for good and that he never worked with “Ole Satan.” The website ConjureDoctors.com states that he was able to gain the respect of not only medical doctors from the area, but also business people and law enforcement who knew him as an “honest man and powerful conjurer.” It’s believed that he began treating people in the 1890s, and he was so diverse in healing that he never declared a specialty, allowing people with all types of problems to come to him. Doctor Jim continued on in his work for almost 50 years before passing away on January 28, 1962.

A book written about him entitled The Fabled Doctor Jim Jordan by F. Roy Johnson (1963) details some of the stories that were associated with his practice. Retold by his business assistant of 24 years, Cassel, one story suggests that he was able to save a man by the name of Henry Mason from death. Traveling to Como all the way from Petersburg, Virginia, Mason was desperate for somebody to help him. When he first saw Doctor Jim, he weighed only 71 pounds and had already been to three hospitals in hopes of finding a cure. Mason’s visit consisted of both faith and herbal remedies, and it is said that in two months he was back to work. After four months he had completely regained all of his lost weight. According to Cassel, stories such as that were typical, and Doctor Jim was known for being able to make the weak walk and those close to death healthy again. It was important that miracle-like stories such as Mason’s spread about Doctor Jim’s abilities because it would make him seem more competent than other conjurers in the area and increase his patronage. 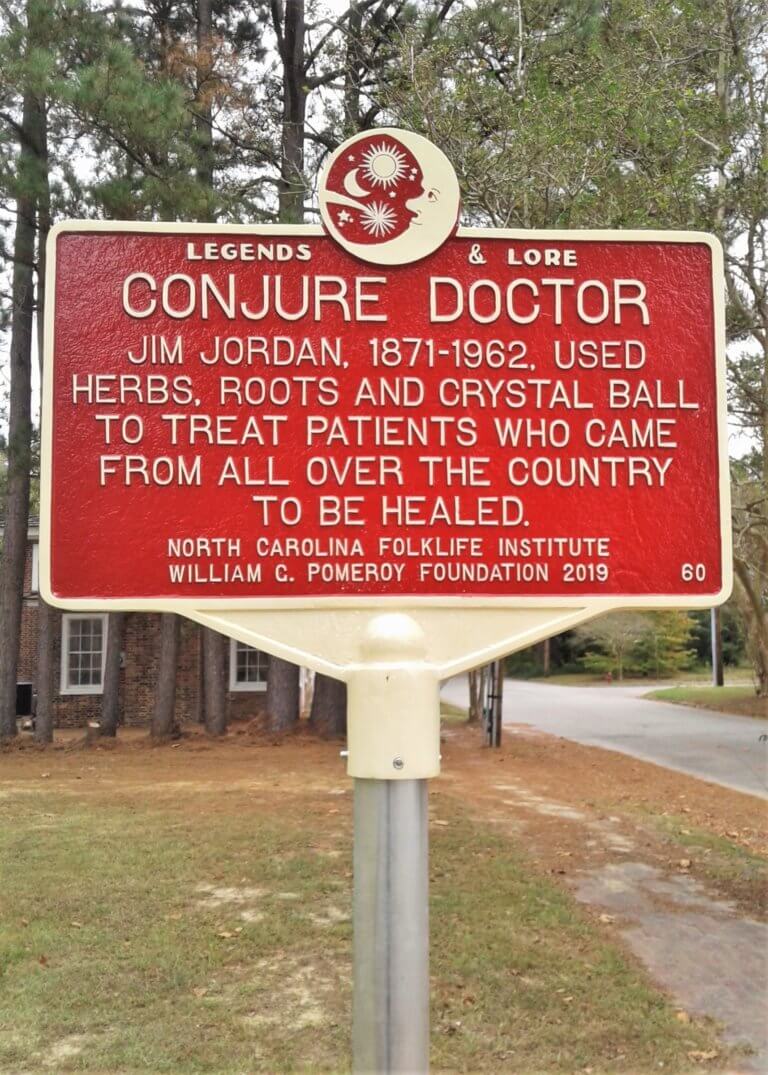