Note: Deansboro was originally named Deansville until 1894, when it was renamed.

Built in 1867, the Deansboro Depot began service on January 6, 1868. This train station was operational for nearly a century and provided travelers with a place to buy tickets for passage to neighboring towns and a spot where they could wait for their upcoming departure. It was part of the Ontario & Western Railroad, also known as the O&W RR.

Considering the impending arrival of the railed in Deansboro, residents concluded in 1867 that a station should be built. The Marshall Historical Society’s website states that “the site of the Deansville Depot was selected – on the south side of the road leading to Waterville, hoping for some interest from the residents of Waterville to ride to Clinton.” According to the Deansboro Railroad Station, National Register of Historic Places nomination, 2002, the station building was originally a, “one story, rectangular, timber frame building, 24 by 72 feet, erected above a partial foundation of dry-laid limestone.” The interior included a, “waiting room, station agent’s office, [and] baggage room.” The Marshall Historical Society website explains that this, “was the first tradition railroad board-and-batton depot built along the line of the Utica, Clinton & Binghamton Railroad.” The railroad officially opened to Deansville on January 8, 1868 (Utica Daily Observer, 8 Jan 1868). The first agent of the Deansboro station was James Hanchett, a Marshall, New York native (Marshall Historical Society website).

In the Deansboro Railroad Station National Register nomination it was explains that both the railroad and Deansboro Depot remained operational until the mid-1930s, when regular freight and passenger services were terminated. The depot was repurposed for commercial use until 2000, when Brothertown Association, Inc. purchased the building. This association hoped to restore the station building and make it into a community center for the hamlet of Deansboro (Deansboro Railroad Station National Register of Historic Places Nomination). 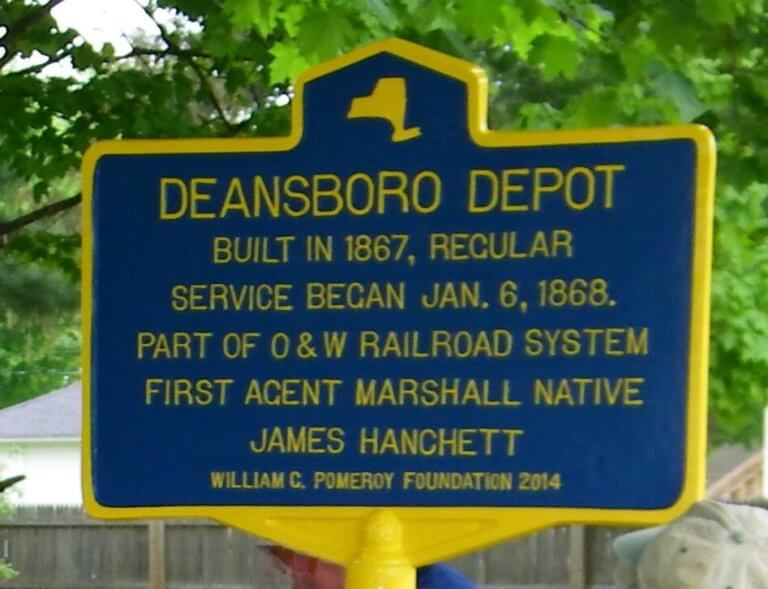 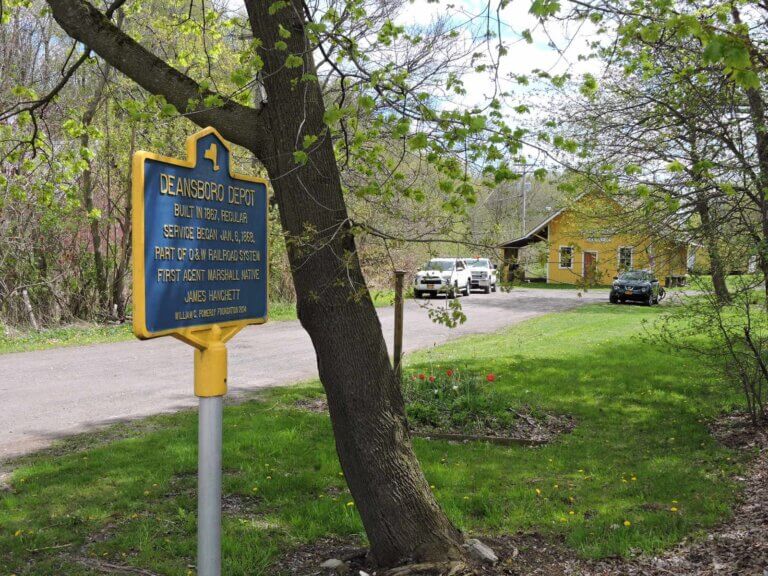