In the late 19th century, a Christian group in New Haven, NY was looking to establish a camp revival for its members. These camps were built in the great outdoors to encourage escapism from everyday life. Camps kept family in mind, often offering programs where full families could be in attendance. This particular New Haven group is Dempster Grove.

Dempster Grove was established in 1876 (Certificate of Incorporation, Oswego County, NY Clerk’s Office, 8 Jun 1876). During its first year in 1876, the church rented the property for $80 a year, not knowing if people would come. This anxiety turned out to be unwarranted as their first year was very successful with around 100 tents. The first Sunday service held numbered 3,500 people in attendance. In 1876, the church purchased the property from the Oswego District Camp Meeting Committee (Mexico Independent, 9 Mar 1876). Soon after, Dempter Grove became incorporated (Certificate of Incorporation).

The Camp was named Dempster Grove Camp Meeting Association in honor of John Dempster, a prominent Methodist minister. Dempster converted from Presbyterian to Methodist after the passing of his father, a Presbyterian pastor. He entered the itinerant ministry of the Methodist Episcopal Church. and became known for theological seminaries that he formed later in life (“Dempster John, Dd.” McClintock and Strong Biblical Cyclopedia website, 2019).

After its inaugural opening, the camp became a popular location for many families and believers. It offered them a change of pace and a chance to worship in nature. One particular Sunday service was extremely popular. An article from The Pulaski Democrat on August 25, 1881 stated that “the attendance at the Dempster Grove camp meeting last Sunday was the largest ever known there. It is estimated that fully five thousand persons were on the grounds.” Another article from the Oswego Morning Press published on August 22, 1881 covered the same event affirmed that attendees “enjoyed both the religious services and the natural revelation.” Due to this increase in attendance, the church accelerated construction of its main building where services were held. The Tabernacle was completed and dedicated in 1902 (“What is Dempster Grove Christian Campground?” Northern New York 360 Website, 30 Jun 2016).

As of 2019, Dempster Grove was still in operation, with many of its original buildings still in use. 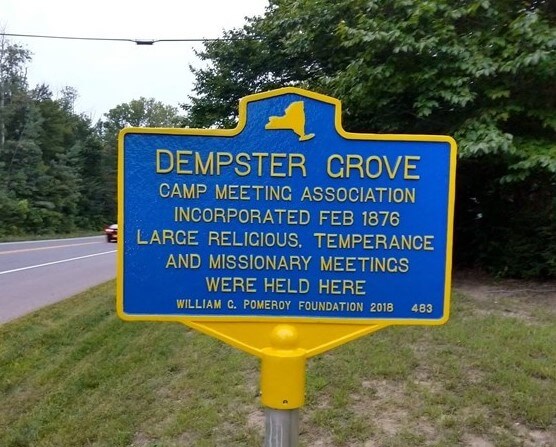 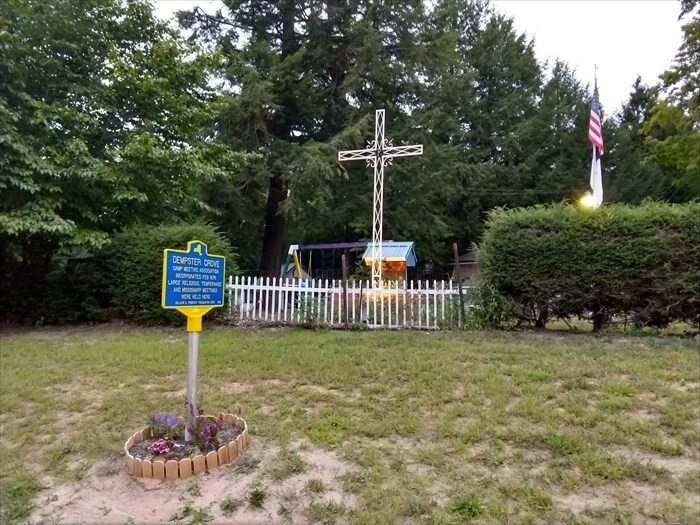