Diefendorf Hall stands among a row of buildings along Main Street in the Village of Fort Plain. The building is historically significant for hosting Women’s Rights Movement leaders Susan B. Anthony and Elizabeth Cady Stanton in 1867. Stanton addressed the assembled audience on “Universal Suffrage.”

Diefendorf Hall was built circa the early 1860s. An 1868 Atlas of Montgomery and Fulton Counties, New York shows that Diefendorf Hall was aptly owned by John I. Diefendorf. The 2012 National Register of Historic Places nomination form for Fort Plain Historic District describes the building as a “two-story, five-bay, brick, flat-roofed, commercial building with two storefronts: one two bays wide and the other three bays wide.” It is believed to have been utilized for many purposes including a distillery, music hall and general shops (Mohawk Valley Villages website, 2013).

The 1860s was a historical decade for the Women’s Suffrage Movement. With the end of the Civil War came the 13th Amendment and 14th Amendments to the U.S. Constitution effectively abolishing slavery and granting citizenship and equal rights under the law to former slaves. Suffragists saw their opportunity to redefine the rights of women in the United States. In 1866, Susan B. Anthony and Elizabeth Cady Stanton, two leaders of the movement, wrote, “A Petition For Universal Suffrage.” Their words proposed the idea of “unrestricted voting rights for all male and female citizens” (National Archives).

Anthony and Stanton continued to campaign and in March of 1867 they arrived in Montgomery County. A March 15, 1867 Mohawk Valley Register article declared that on the 25th they would address the community in Fort Plain. The Thursday Edition of the Canajoharie Raddi, dated March 14 1867, confirms that the famous pair would speak at Diefendorf  Hall about universal suffrage.

In 2013, Diefendorf Hall underwent a large renovation project in order to restore the historic downtown of Fort Plain with the hopes to utilize the space as a Village or Community Center for locals and visitors (Mohawk Valley Villages website). 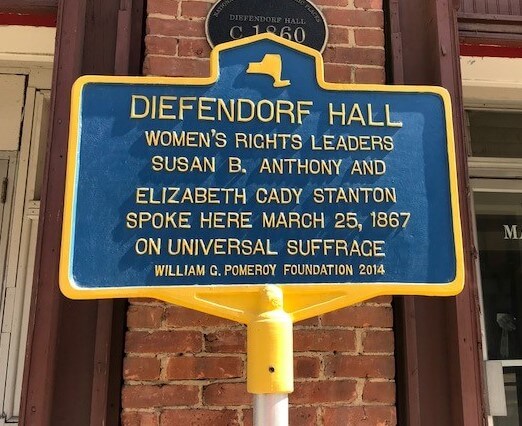 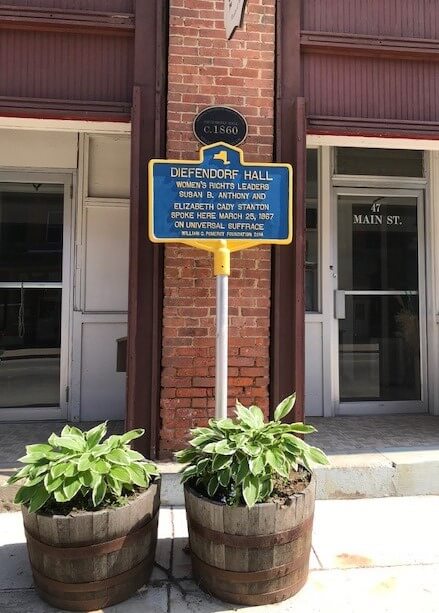