This church was formed under the ministry of Rev. J.I. Lowell in 1834. The church prospered and by the end of 1835 had grown from 26 members to 93. On February 11, 1868 fire destroyed the village schoolhouse and trustees of the common school district asked to purchase the church. Two months later the congregation agreed and purchased a lot for $400 on the north side of Academy Street. The frame was erected at a public raising on August 8, 1868 and the building was officially dedicated on February 18, 1869. 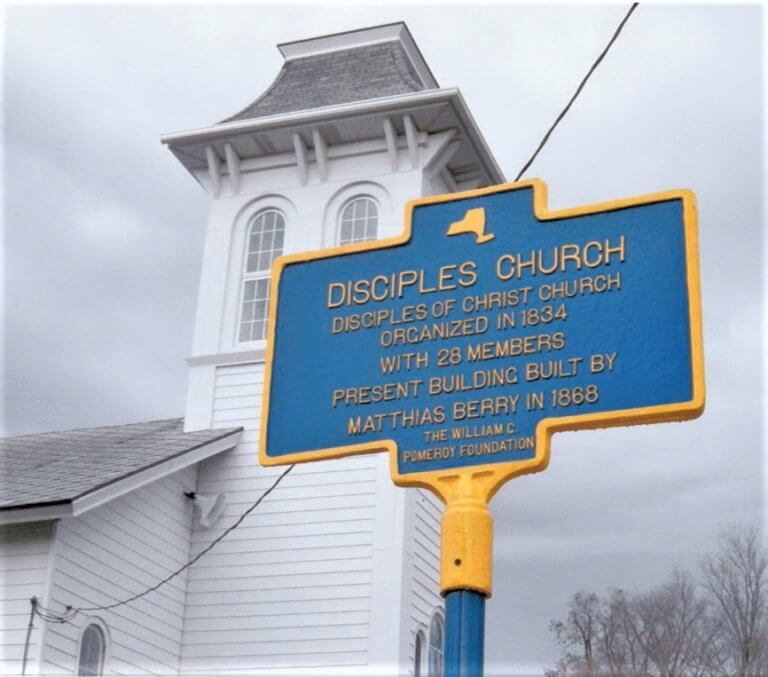