Built in 1873, the structure replaced the previous District No. 3 school, which might have been built from logs. It stopped operating as a school in 1956, around the time when New York State closed all of its one-room schoolhouses and created larger, modern school districts.

The Town of Bleecker, NY was founded in 1831 and was named after Barent Bleecker, one of the first residents to purchase land in this region in 1793 (History of Fulton County, Washington Frothingham, 1892). The town was divided into six school districts, with District No. 3 home to the Bleecker Common School (Old School Museum Brochure, Bleecker Historical Society, 2013).

According to a 1847 deed filed with the Fulton County Clerk’s Office, Theron Hamlin bought the Bleecker Tannery, however there was a stipulation that he would respect “the right of the public to a School House on said premises”. The school prior to 1853 was a part of an industrial park that had a tannery and a sawmill. For that reason the schoolhouse would later be known as the “Tannery” or “Factory School” (Old School Museum brochure). Another Fulton County deed from 1853 indicates Hamlin subdivided a school parcel and sold it to the school trustees. Later that year, the schoolhouse was built (School District No. 3 Trustee Minutes, The Old School Museum, 17 Oct 1853).

In August of 1873, the trustees put to a vote whether they should repair the preexisting schoolhouse or build a new school. School District No. 3 Trustee Minutes dated 14 of October 1873 determined a new building would be built, and the old 1853 schoolhouse auctioned off and removed.  Minutes indicate that the following year the former schoolhouse sold for $18. A simple one story, white structure built from wood, the new school had one room for its classes (Photographs of Schoolhouse, The Old School Museum, 1906, 1935, 1947).

The new school building remained operational until one-room schoolhouses began to close and centralize with larger schools in the area during the 1950s. Bleecker Common School was absorbed into Gloversville School District. In 1969, the school house was auctioned off for $50 to Frances Brink, the last acting school clerk (School District No. 3 Trustee Minutes, The Old School Museum, 14 Jun 1969). 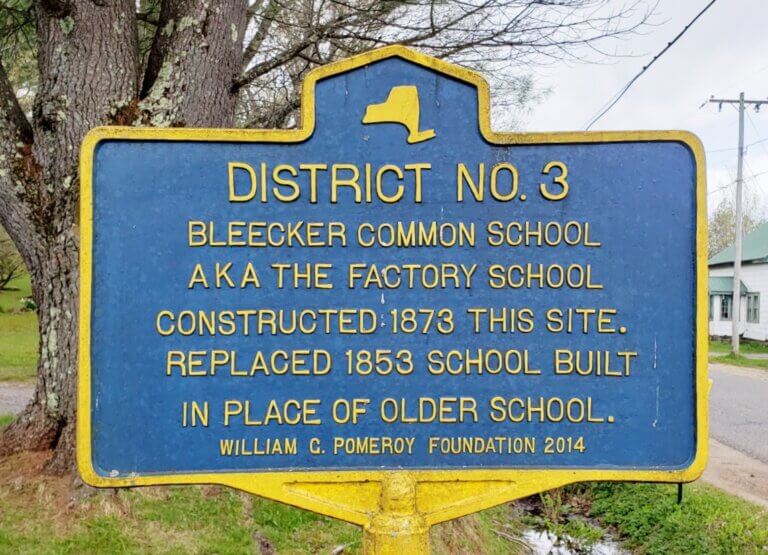 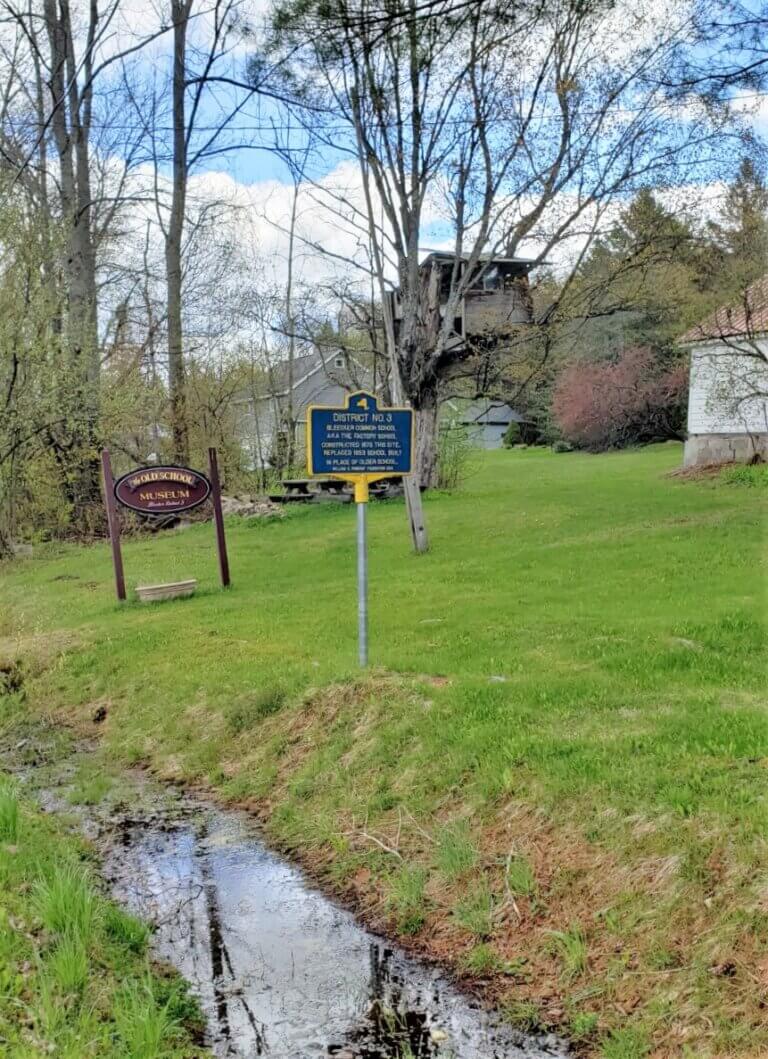