This story goes, that around 1885, Dr. M. Townsend, a Civil War surgeon, saved the life of young Adelaide Richmond by performing an appendectomy. On the way, he drove the horses so hard that one of them died. It’s said that Adelaide would not have survived if not for the quick response and medical prowess of Dr. Townsend.

According to F.W. Beers’ Our County and It’s People: A Descriptive Work on Genesee County, NY (1890), Morris Townsend graduated in 1853 from Jefferson Medical College of Philadelphia, Pa. In 1858 he settled in the Village of Bergen. Profiled as one of the most esteemed and best-known physicians in Genesee County, his knowledge and judgment were much depended upon. A Civil War surgeon, the source adds on December, 1861, he answered the Governor’s call for field physicians, enlisting first in the 47th NY Volunteers and later transferred to the 44th. Townsend was described as “an operating surgeon in the field, the arduous duties of which post he faithfully sustained for nearly three years… [until he] was mustered out in October 1864.”

Another county history, Gazetteer and biographical record of Genesee County, N.Y., 1788-1890 (1890), describes Adelaide Richmond as one of nine children born to the Mary Elizabeth Mead and Dean Richmond. A prominent blue-blooded family in Batavia, according to thebatavian.com, Mr. Richmond inherited his father’s salt works company and later served as the president of the NY Central Railroad. The Richmond Memorial Library, erected by her mother in memory of her eldest brother, Dean Richmond, Jr., intended “to carry to posterity a grateful remembrance of her noble and generous nature.” Later the wife of Dr. William J. C. Kenny of New York City, Adelaide herself was “conspicuous in charitable, educational, and progressive business movements.” Outliving her husband, at the time of the county history she have moved back home with her mother.  Mrs. Kenny and her mother were also instrumental in advancing the interests of the new Hotel Richmond. Interestingly, the 1880 U.S. Federal Census lists two Adelaides— “Adelaide Kinney”, aged 34, the widowed daughter of Mary E. Richmond, and “Adalaid”, aged 3, the daughter of Eugene Richmond. Since Eugene was another son of Dean and Mary E. Richmond, and the Adelaide Richmond in the legend was thought to be a child, we can gather than it was indeed his daughter “Adalaid” who would have been 8 years old at the time of the incident.

Another colorful incident to Dr. Townsend’s credit involved the emergency surgery of Henry W.D. Johnson, a boy who was kicked in the left eye by a horse. Headlines in the April 15, 1901 edition of The Daily News read “BREATH LEFT THE BODY: Physicians Turned to Leave A Supposed Corpse”. The article explained, “The lad was taken suddenly worse on Friday afternoon… [and] an operation was deemed necessary.” Performed by Dr. Townsend of Bergen, Parmeley Johnson and Showerman of Batavia, “just before the operation, the boy stopped breathing and to all appearances was dead. The physicians were preparing to leave when breath returned to the boy.” Apparently, while in the midst of the procedure, “a large quantity of pus came from the lad’s nose, having worked its way through the [illegible] bone from the base of the skull.” Although the boy rallied from the efforts of the operation, sadly he never fully regained consciousness. In the end, on account of the “pus under [his] brain” Johnson lived a whole “thirty hours after [the] operation was performed.”

According to “An Overview of the Cemeteries in Bergen”, a publication complied by the Village of Bergen in celebration of their 125th and Genesee County’s 200th anniversaries, on May 3, 1898 a cannon intended as a memorial for a Civil War soldier buried in the Village’s Congregation/Presbyterian Church burial ground was drawn up the hill by two teams of horses. Soon afterwards, Dr. Morris Townsend was said to have come to the cemetery one night and “jammed the gun so it couldn’t be fired.” Apparently, he was afraid that veterans would blow themselves up if an attempt was made to fire it! The same source adds that the West Bergen Cemetery, also known as the Richmond Family Cemetery, “had abandoned bones uncovered in 1983.” Although they were reinterred there, as of 2019, the cemetery is closed to the public. 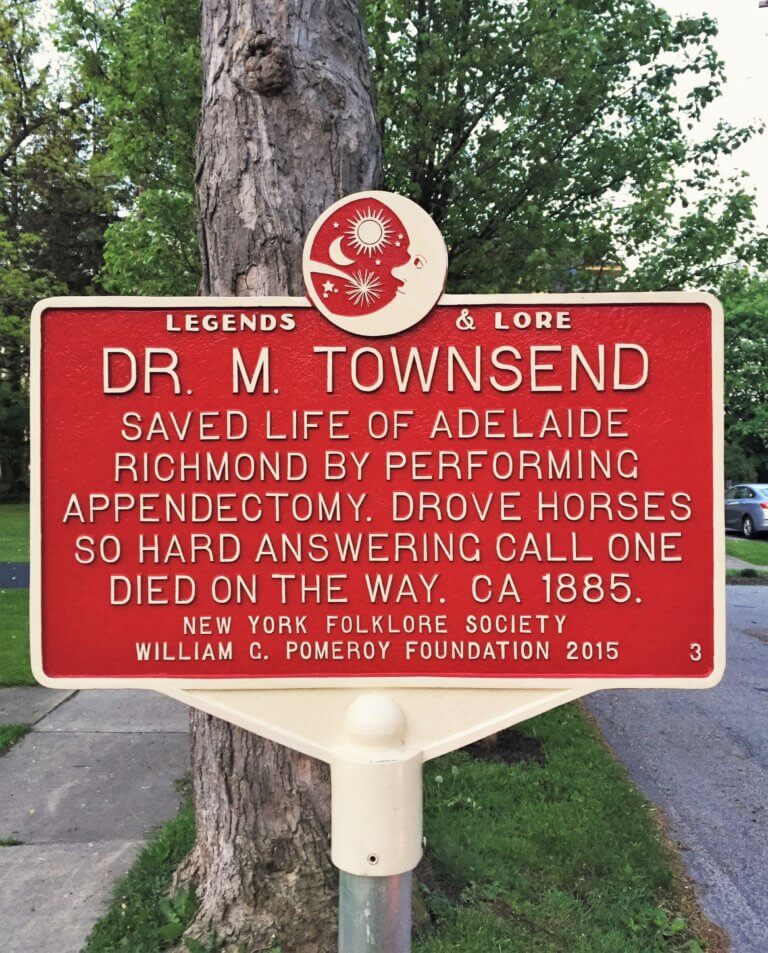 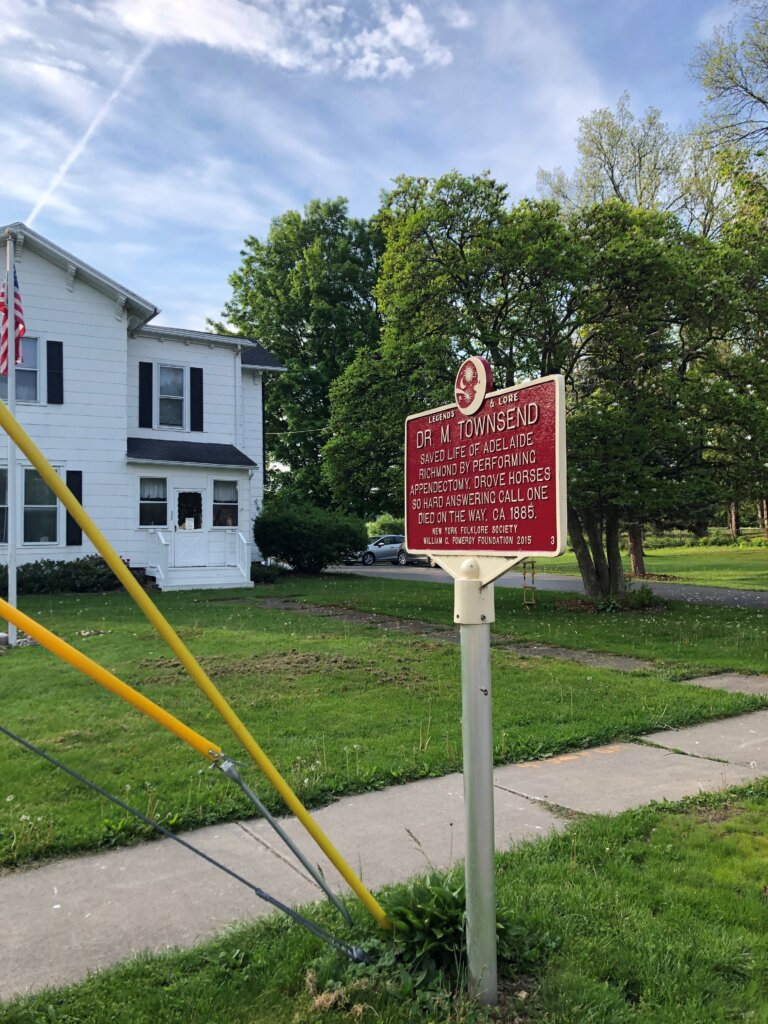