A woman who dedicated her life to fighting for race and gender equality, Dr. Mary E. Britton was born in Lexington, Kentucky on April 16, 1855. Having lived through the time of slavery, the Civil War, and the ensuing Reconstruction period, Dr. Britton used her voice to speak out against the injustices she saw everyday as both a woman and an African American. One of the causes she felt compelled to speak about was the issue of women’s suffrage, and on July 7, 1887 she gave a speech at the State Association of Colored Teachers convention held in Danville, Kentucky. In the speech, Dr. Britton gave multiple reasons as to why she felt women deserved the right to vote. The speech was well received and printed in the American Catholic Tribune on July 22, 1887.

Though born free herself, Dr. Britton was the daughter of a former enslaved woman. As recorded in Karen Cotton McDaniel’s article “Mary Ellen Britton: A Potent Agent for Public Reform,” Dr. Britton’s mother was the daughter of a prominent white man and his slave, Mary. Unlike many other enslaved people at the time, her mother, Laura, was taught how to read and write, and, when she was 16, freed by her mistress. Dr. Britton’s father was said to have been of Spanish and Native American descent, and together the two had ten children. All children were said to have been encouraged to pursue any educational opportunity they could. Dr. Britton first attended schools run by the American Missionary Association before leaving to attend the William Gibson School in Louisville, Kentucky. Dr. Britton continued on to Berea College, but was unable to finish due to the sudden deaths of her parents in 1874.

In need of an income, Dr. Britton became a teacher and eventually was one of the first members to join the State Association of Colored Teachers in 1877. Throughout her time as a teacher, Dr. Britton was a frequent contributor to multiple newspapers and spoke on many topics, including the proposed implementation of segregation in train coaches, known as the Separate Coach Bill. Retiring from teaching in 1897, Dr. Britton decided to pursue a medical degree and attended American Missionary College of Medicine in Chicago. After completion of her degree, Dr. Britton returned to Kentucky and established her practice in Lexington, when she continued to work and fight for equality until she passed away in 1925.

The marker meant to commemorate Dr. Mary E. Britton stands at the site of the former State Association of Colored Teachers convention in 1887, where Dr. Britton gave a speech on the need for women to be allowed to vote. The speech went on to be published in the American Catholic Tribune, where it reads that she believed the atmosphere of the time she was living was not “in favor of woman suffrage.” One of the first points she makes is that she believes men and women both have talents, they are just in different areas. Women, however, have been “relegated to the realm of ignorance and servitude” as a “subordinate class,” and most women are seen as something to be “bartered, or sold as a thing of merchandise.”

Farther along in her speech, Dr. Britton emphasized that women have continued to expand their place in society, noting that many women have learned different languages, studied topics such as science, philosophy, and law, and have continued to expand their prospects in the work force. With this continued expansion of female roles, she stated that continuing to govern women without giving them the right to vote was essentially “taxation without representation.” Men, with what she called their lack of “moral refinement,” should not be allowed to make choices about how to spend tax money or judge a woman in court when those women do not have a say in the process. Concluding her speech, Dr. Britton noted that there has not been a “movement of any great importance…which woman has not taken a prominent part,” and the women’s suffrage movement was not to be any different. 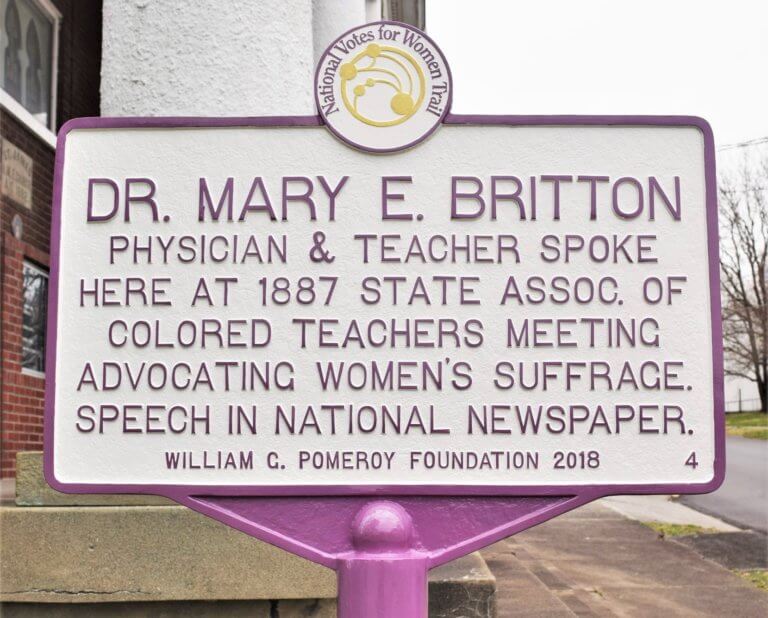 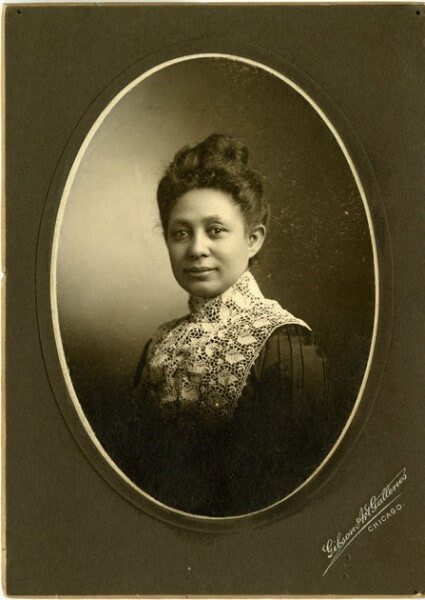