Summerhill Cemetery was used as a burying ground for local residents starting in 1806. Revolutionary War veteran Jesse Woodard is buried here, as well as several men who died during their service in the Civil War.

Scattered among the graves at Summerhill Cemetery are over 100 memorials for Revolutionary War and Civil War veterans. According to the transcription on his headstone, Jesse Woodward was born January 15, 1764, served during the Revolutionary War and passed away 81 years later on March 21, 1844.

Elizar D. House was a Summerhill native born on November 12, 1844. He enlisted at the age of 22 in 1864 and served in the 111th Infantry as a Private (Register of Men who Served in the Civil War, 1861-1865, National Archives). Unfortunately, according to Civil War Muster Roll Abstracts in the NYS archives, House contracted typhoid fever during his service and died in the hospital on December 30, 1864. Dwight Devoe was born on October 25, 1839 and enlisted in 1861. He passed away on December 15, 1862, as stated on his headstone, but his remains are said to be buried in the Gulf of Mexico (Civil War Muster Roll Abstracts). 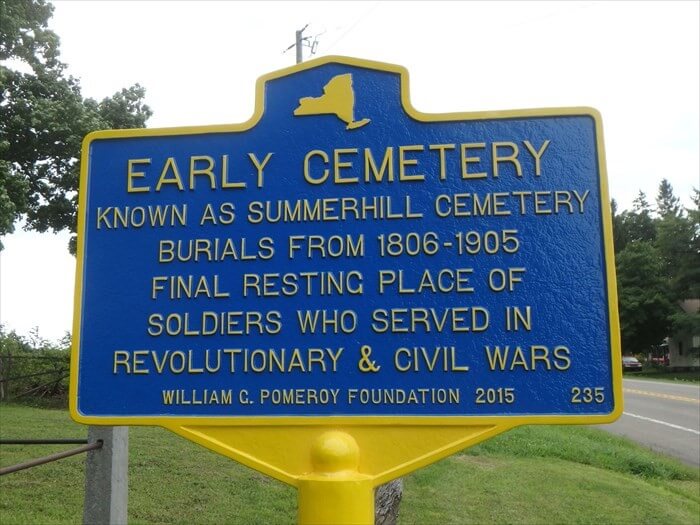 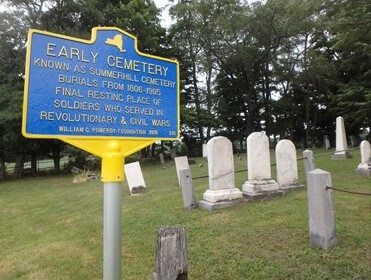