The Old Montezuma Cemetery is situated along New York State Route 90, in the Town of Montezuma. Revolutionary War veteran, Richard Damewood, was buried in 1850. Damewood is one of approximately 180 people interred in the cemetery.

According to the transcription on his headstone, Richard Damewood was born on August 18, 1759. During the American Revolution, the colonists fought against Great Britain in order to gain their independence. Damewood enlisted in 1781 and served as a private for two years in Captain Hallet’s Company of Colonel Phillip Van Cortlandt’s New York Regiment (Those Damewoods and Their Kin, Bill E. Damewood, 2001). During his service he participated in the siege of Yorktown in Virginia. This battle was a crucial victory for the Colonists. It forced the British, under General Cornwallis, to surrender, effectively ending the war and securing American Independence.

After the Revolutionary War, Damewood married his wife, Rebecca in 1790 (Those Damewoods and Their Kin). During the War of 1812, sometimes referred to as the Second War of American Independence, Damewood built boats for the war effort at the naval base in Sacket’s Harbor on Lake Ontario (Montezuma Historical Society, The Story Teller, Spring/Summer 2015). He went on to settle along the Erie Canal in Montezuma. In 1825 Damewood was asked to help escort a military parade from Montezuma to Auburn to greet General Marquis Lafayette, who was visiting from France, and touring the United States (The Citizen, 18 Jun 2007). On August 13, 1850, Damewood passed away and was laid to rest in the Old Montezuma Cemetery (Findagrave.com, 2019). A September 26, 1925 article in The Port Byron Chronicle described his funeral as a well-attended patriotic service. His remains were escorted to the Old Montezuma Cemetery by his favorite horse, who was decorated with medals and other “trappings of his early warfare.”

In the 1997, the Cayuga County Sheriff’s Department organized a work detail consisting of inmates from the local jail s to restore the county’s cemeteries. While cleaning the Old Montezuma Cemetery, they discovered the gravestone of Richard Damewood. The Post Standard reported that, “a tree… grew up around part of the gravestone,” which led to the headstone becoming embedded within the tree. Surprisingly the headstone was still intact. In 2007 the Sons of the American Revolution National Graves’ Committee donated a new headstone to the town to replace Damewood’s old gravestone (Town of Montezuma website). 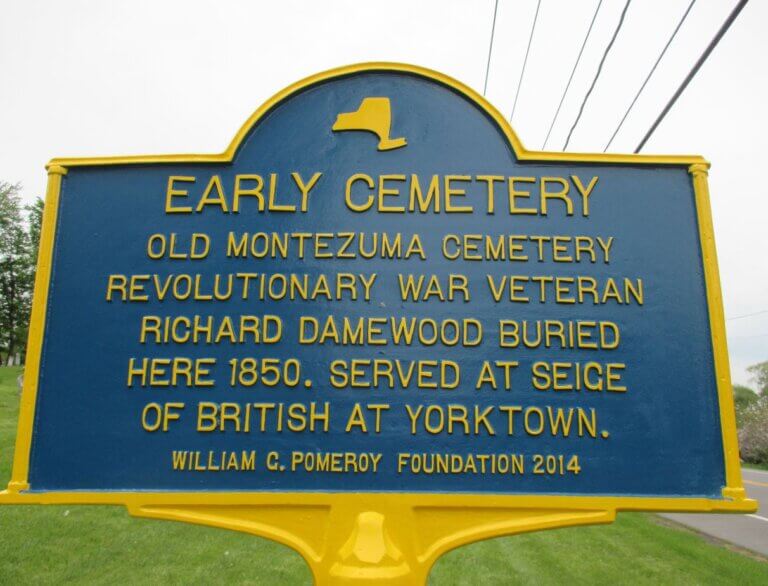 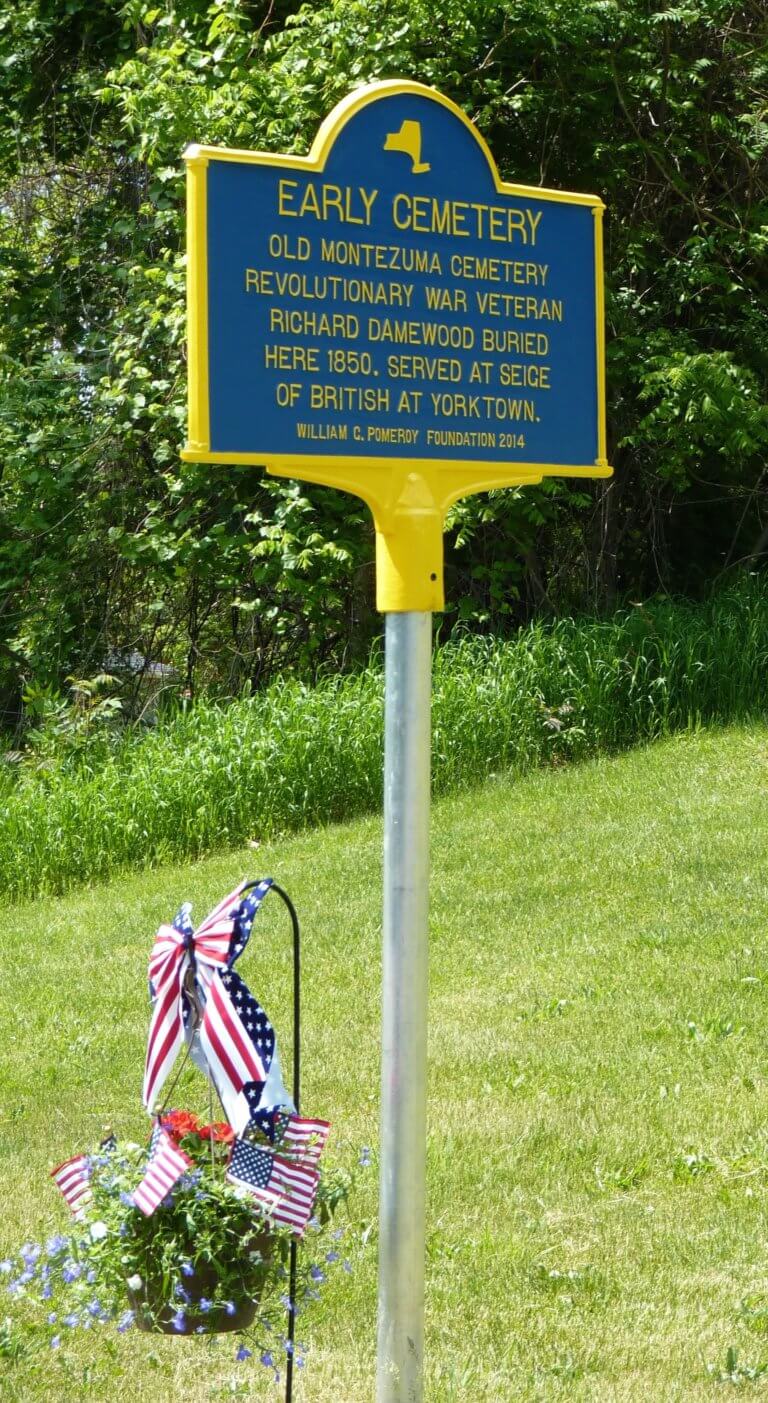 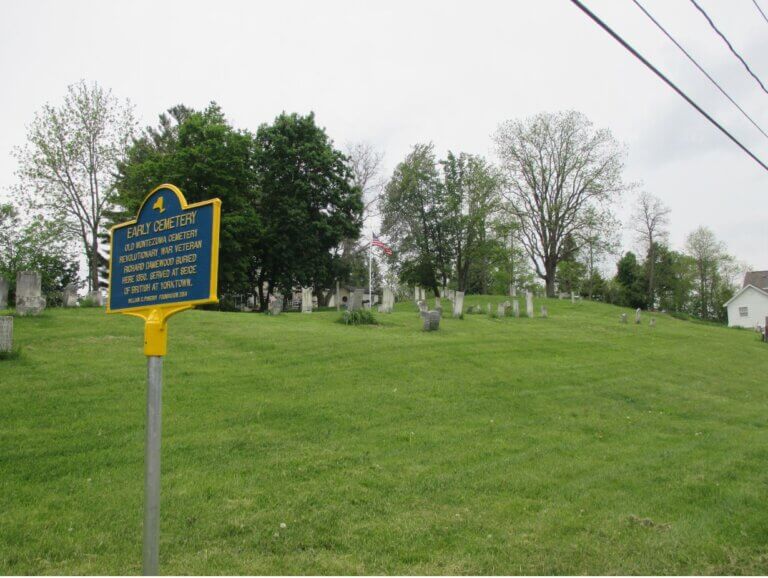